Trina
Add Comment
Do you and your man have a “no strings attached” kind of thing going on? Read these 10 casual relationship rules to prevent any heartaches later on.

I’m not sure when the idea of “no strings” relationships came into being. Maybe it’s a biological thing, maybe it’s a social thing. Whatever it is, you either love it or hate it. For me, I love to hate it. The idea of no strings is fabulous, but the reality of it can be so different. In order to prepare you for that reality, here are 10 casual relationship rules you absolutely must follow (or else you have to end it).

The golden rule of any casual relationship is “not to get attached.” All of you who are avid followers of mine already know that I have a “casual” relationship with a guy twelve years younger than me. You’ve heard my downs (the horrible way he treated me at a concert I paid for, the way he goes days without talking to me after I’m his 3AM booty call, you get the idea). You’ve also hear my ups (how amazing the sex is between us, how he was really there for me when the guy I was starting to fall for broke my heart, etc.).

Anyway, if you’ve read between the lines, you probably already know that I grew attached to him for a while. Even now, I genuinely care about him and about what happens to him. He’s always been honest (sometimes brutally honest) about his feelings towards me, and he’s been in and out of my life for over a year. But, now he’s moving, and getting back together with his wonderful ex-girlfriend. And I’m actually a bit broken hearted. Not because I was in love or anything, but because this man I’ve been intimate with for over a year is going away… for another woman… and I’m a little jealous and lonely and I’m really going to miss him.

So let me tell you that unless you want to hurt, do NOT get attached to your casual guy.

Sex is sex, and if you’re just going to have sex then you cannot talk about your feelings with each other. No meaningful conversations, no intimate evenings, and no crying on his shoulder. I didn’t realize I cared about my casual guy until the night he came over and held me and let me cry all night. That’s when our relationship became human and intimate for me. Probably not for him, but it doesn’t matter. I broke the rules. These rules are not meant to be broken.

#3 Don’t Let Him Leave a Toothbrush 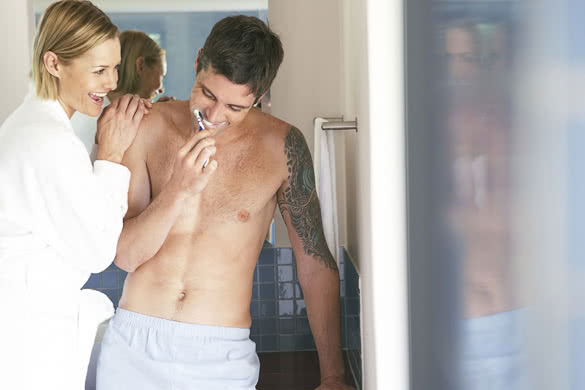 Casual relationships should never leave personal items in your home. No spare underwear, no toothbrush, and nothing that will “mark his territory.” When he starts leaving things there, it becomes his second home, and that is not “casual” – that is confusing.

#4 It’s None of Your Business Who He’s with

I sent a text to my “casual” guy asking him if he and his ex were getting back together, and he ignored my text. Why? I already knew the answer was yes, but he ignored it because it was none of my business. I am not his girlfriend; I am not his lover; I am barely his friend; I’m just the woman he sleeps with sometimes and occasionally cares about.

His love life is none of your business because you and he are not an item. Remember that because you have no right to be jealous.

#5 You Can’t Ask for Ice Cream (or Anything Else)

Because it’s a casual relationship, you (sadly) can’t ask him to bring you a pint of ice cream or pick up a gallon of milk on his way to see you. That’s something a boyfriend does, not a booty call. You might get a bottle of wine if he’s feeling generous.

This goes back to the “feelings” rule, but a little more detailed. It’s difficult not to feel something for someone you sleep with, but when you add in the things you and your casual guy have in common (besides awesome sex), you’re only making things hard on yourself. Don’t make more out of it than it really is.

#7 Don’t See Each Other Often 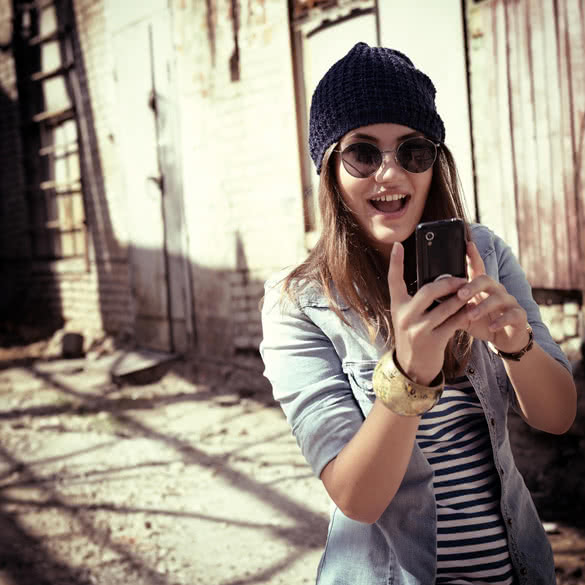 In order best to avoid those lengthy conversations and misplaced feelings, don’t “hang out.” In fact, don’t see each other often. If you really want a casual relationship, you’re going to have to make sure your life does not intertwine with his.

#8 Set Ground Rules with Each Other

Before you develop a casual relationship with a man, you have to set ground rules for each other. It’s not enough that you stick to these rules; you have to have specific rules for your individual relationship. Make sure you leave no loopholes and that you’re both on the same page.

#9 Be Prepared to End it at Any Moment

Let it go. If it gets too real or you start to care about him, then end it. If he starts to treat you bad instead of good, or is disrespectful to you, end it. There’s a difference between being in a casual relationship and letting someone take advantage of you. Advice I should have taken myself.

#10 Be Prepared to Have Him End it at Any Moment

Another thing I wasn’t prepared for was my casual guy ending our sex sessions. I was happily getting laid on a regular basis, being cuddled when I needed it, and thought everything was okay… I got too comfortable. He ended it and now I’m a bit overwhelmed and sad and a little heartbroken because I broke almost all of these rules with this guy. Now, no matter how much I wish the best for him, I’m going to miss him terribly.

Trust me when I say that “casual” is almost never “casual.” You have to really work hard to keep your feelings out of it. You have to be ready to let go, and you have to be willing to move on.

Dating Your Ex: 10 Rules Worth Following
25 Cute Names To Call Your Boyfriend
Comment