Sometimes you can be deeply in love with your boyfriend, but if you never do anything to show your love, how will he know? Here's how to prove you love him.

Sometimes, even if you’re completely and madly in love with your boyfriend just saying “I love you” isn’t enough. Sometimes you need to show him that you love him instead of just saying you do. It is true what they say after all; actions do speak louder than words.

Saying that you need to prove that you love him is completely normal, but just what kind of things do you need to do? Well, gestures can be big and over the top, or they can be small and subtle. It’s up to you. The key to proving that you love someone is thinking outside of the box and making the person you love feel special.

Here are 15 simple and fun ways that will answer all your doubts on how to prove you love him!

1) Say I love you frequently 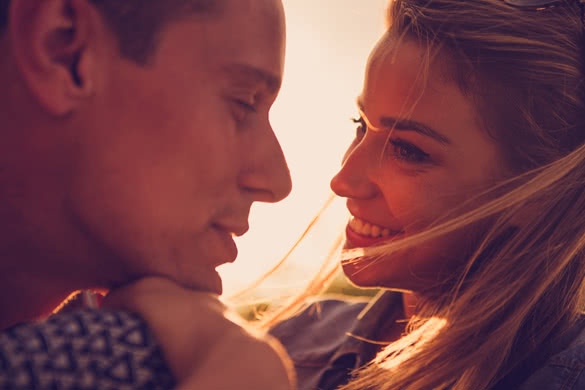 I know, I know, I just said that actions speak louder than words so why an earth am I starting the list with this? Hear me out! If you don’t say I love you sometimes then he might begin to wonder why you’re doing all these nice things for him but never actually saying the words. Saying “I love you” is a good place to start when proving that you love someone.

2) Listen to his stories

Don’t just listen half-heartedly with your phone in one hand or when you’re trying to watch TV at the same time. Make time to sit and talk to him and really listen to what he’s saying. Repeat things back to him, add encouragements and well thought out replies so that he really knows that you were paying attention. It will make him feel cared about and loved by you.

Cook him his favorite meal one night, when it’s not his birthday or another special occasion. Set the table and light some candles to create a romantic atmosphere. Not only will he love that you’ve done this but he’ll really feel like you listen to him because you know what food he loves.

4) Take him to a nice restaurant 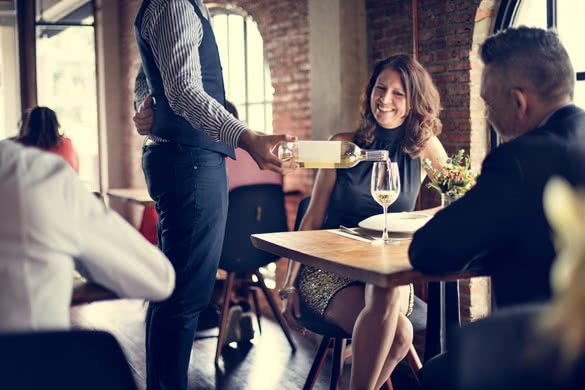 This one is a great idea if you’re not much of a cook. Surprise him by treating him to a meal at one of his favorite restaurants. When he asks what the special occasion is just tell him there doesn’t need to be one; you’re treating him because you love him.

5) Surprise him for no apparent reason

Similar to the one about taking him to a nice restaurant above, but surprises can be anything. The best thing about surprising someone is that the surprise can be something huge like whisking him away to Paris for the week, or they can be a small gesture like buying him some of his favorite candy.

6) Look after him when he’s not feeling well

Whether he’s sick or whether he’s upset about something, being there to look after him is a good way to prove that you love him. Wrap him in a blanket, bring him hot drinks and a snack, and offer up cuddles. He’ll be feeling better in no time.

7) Tell him what you love about him

Bonus points if you do this whilst they are dressed down and not looking the best you know they can look. He might be lounging around in a robe watching TV, or he might just have woken up, so will not be expecting to be complimented.

Everybody has things that they don’t like about themselves, and chances are your man is no different. This is a good way to prove to him that you love him and it’s also a good way to make him feel good about himself. 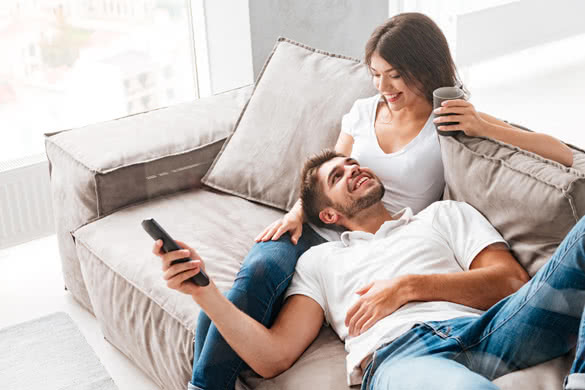 Nothing says I love you more than saying that you’ll watch whatever he wants, without complaining about it, no matter how awful you think it is.

10) Write a letter telling him why you love him

Yes, a handwritten letter is pretty old school nowadays, but I just think there’s something lovely and personal about picking up a pen and writing down your feelings on a piece of paper. It’ll make your boyfriend feel more special and loved when he’s reading it as it’s in your handwriting instead of typed font.

Sometimes a handmade gift is a great idea if you want to give them something but maybe can’t afford anything you think they’d want. It’s also great if you can afford to buy something but want to make it a little bit more personal.

There are so many ideas for what you can make him. You can make an old school mix CD or playlist, a romantic coupon book or something edible. Handmade gifts can be anything and are a great way to prove you love him. When someone makes you a gift you know they’ve been thinking about you and really care about making you happy.

Give him a tender hug when he gets home or kiss his forehead when he first wakes up. He’ll think of it as a sweet little gesture and he’ll definitely know that you love him when you show him some out of the blue affection.

13) Tell him a personal story

Telling your boyfriend a personal story about you, which you don’t often tell people, is a great way to prove that you love him. This is because, by opening up and showing him that you trust him, you’re saying that your feelings for him are real and you’re in this relationship for the long haul.

14) Send the occasional loving text when you’re not together

When you’re not with the person you love, it’s nice to send them the occasional text to show them that you miss them and are thinking of them. Not every text has to be a long, romantic declaration of love- just a simple ‘I hope you’re having a good day’ is fine. It proves that you love him because you can’t take time out of your busy day to send everyone texts!

15) Encourage him when he goes after his dreams

By supporting him and encouraging him to pursue his goals shows that you love him and don’t consider his dreams to be an inconvenience. When you love someone you want them to succeed and do things that make them happy, don’t you? So, there’s no better way to do this than by giving him plenty of encouragement.

Obviously these are nice ways to prove to him that you love him, but these are by no means the only ways you can do it. You just have to get creative! But don’t do anything you don’t want to do or buy him anything that you can afford- proving that you love someone should be fun for you too.

Also, remember relationships are a two way street and it’s up to him to prove to you that he loves you as well (so maybe leave this list open on his laptop as a hint!). You never know, you might get some nice surprises for yourself.

What are some ways you’ve proved to your boyfriend that you love him? Let us know in the comments!

5 Tips On How To Overcome Jealousy In Marriage
7 Healthy Relationship Hacks That Really Work!
Comment