Maria Montgomery
Add Comment
How do you make a good impression on someone and how can you manage to present yourself in the best light? Let’s reveal some tips and tricks to do so!

I’m a writer and director. There’s a trick to that. To writing and directing. It’s about learning to present things in a certain manner. I can tell you the same tale in many different ways.

The different ways I tell the tale, will get different responses from you. Just like Meryl Streep can read the same piece of text in different ways, which will make her come across as different characters (I should be able to do that too as I’m an actor, but alas, I still haven’t uploaded something like that to YouTube…).

You can learn to do this too – present yourself so that you come across in your best light. Let me tell you how.

The upside of the downside 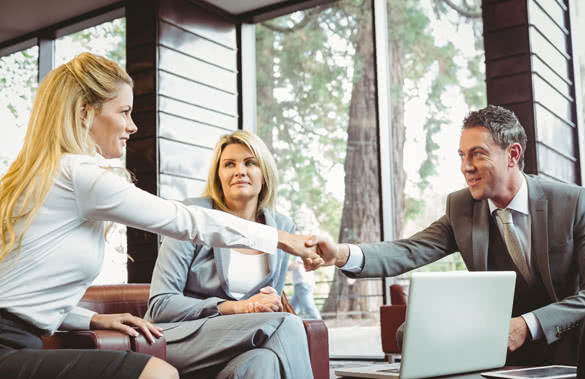 Imagine you had a few difficult years – your mother died, you lost your job and had to start over, you were sick for a while and as a result your economy isn’t the greatest. Because of all the hurdles you’ve been through, having to put out fires as opposed to doing what you love, you also don’t feel like you’re living life to the full. Yet. You’re just steadily working your way up. Because, of course, you’ve decided to look up and move forward.

Truth is, we all have rough patches in life. Sometimes it’s like Pandora’s box in the events department and even if some things go right, it seems like a lot of big things go wrong.

Which, of course, affects us. We will need time off to rest and heal, or possibly go somewhere new to get a different perspective on things. We might have periods before that when we’re irritable and miserable because we don’t figure it all out at first. It’s normal. The issue lies in that some people blame themselves for it, or get stuck in a negative state of mind because of it, or simply lose their confidence.

You’re not a disaster because something bad happened and you were temporarily crushed by it – the important thing is that you’re standing up again. How you perceive yourself in this situation and, thus, how you present yourself, is crucial.

You can say: “These past three years have been like a shit storm and I was about as prepared for it as I would have been if some aliens just walked in the door.  I had to learn to deal with so many new situations. It humbles you. It teaches you what you have to be grateful for. And while at times it broke me down, it gave me the opportunity to rebuild myself. It turned me into a better person. Oh, and as a bonus I also became fluent in swearing…”

You’re basically showing that even though life gave you hell, you evolved into a better person and you kept your sense of humor.

Without difficulties there’s be no adventure in the tale you’re sharing with them.

Likewise some people get nervous when speaking to more “successful” people, but no one is bigger than you. So what if you come from a trailer instead of a mansion – you’re worth as much as the people from the mansions. Turn it into a dazzling tale instead of putting yourself down.

Don’t apologize for yourself – be proud of what you’ve been through and who you’ve become because of it. People want to believe in you. People want tales that dazzle them. Give it to them.

There are ways to invite people and there are ways to put people off. How do you feel if the person next to you has eyes that are darting all over the place, their fingers keep tapping against the table and they are hunched over, looking like they’re hiding away from you?

Personally, it makes me nervous. It also makes me feel sorry for the person in front of me, as I assume they don’t see themselves in a very good light if being around other people makes them nervous. If I’m in a space where I have the time to try to help them out of their shell, I will. However, I’m not likely to fall in love with them, or hire them.

We all get nervous at times, it’s normal, but there’s a difference between nervousness and completely downgrading yourself, or hiding away.

I used to be very, very shy, so I know what it’s like to fear what others think of me, I know the feeling of wanting to hide, but I also know that by practicing, you’ll be able to open up and allow others to see who you truly are. And that’s the person they will come to like if there’s any true connection

The questions you have to answer 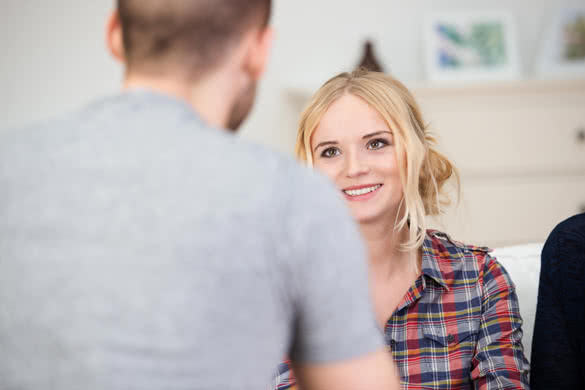 Whether on a date, or on a job interview, sooner or later you’ll get an uncomfortable question. They’ll ask about your mother, who’s an alcoholic. They‘ll ask about that gap in your CV when you were in prison for stealing cigarettes age 15. That’s when we revert back to number one: the dazzling tale.

“You know what Mr Smith, I’m sorry to tell you, but my mother is, to be brutally honest, an alcoholic. I love her dearly, but I cannot cure her of her disease. She taught me what giving in to your demons means and I grew up determined never to do so.”

“I had a bad time in high school Mr Smith and got involved with the wrong people. Mainly because I felt alone and they seemed to like me. I stole a pack of cigarettes and ended up in juvenile prison. Quite the harsh thing, really. I believe they made an example of me. It taught me how misguided the need for love and acceptance can be and what consequences our actions can lead to. I’m ever so grateful for the experience. It turned me into an A student.”

“I was naughty Bill, very naughty. At 15 I stole a box of cigarettes and the police wanted to make an example of me, so they put me in juvenile prison. There you have it – you’re speaking with a criminal. I’ve stopped doing crime, however, I’m ever so much more naughty these days… I’ve upped my game since I was 15.”

Most likely you haven’t stolen cigarettes which landed you in juvenile prison, and what you did age 15 isn’t likely on your CV, and won’t come up in a conversation on a first date, but you get my point: turn your disadvantages into advantages.

What did you learn? How did it make you a better person? How would the hero of a tale tell the story? And if that doesn’t work, joke about it, or use sexual innuendo….

I’m blonde. I use that to my advantage. That’s to say, I behave like a professor lost in thought a lot of the time, which lends itself for comedic moments, or terrible embarrassment, your pick. I choose comedy. And I blame it on being blonde.

Let’s use Bridget Jones as an example (did you know there’s a new Bridget Jones movie coming out? I can’t wait. And people around me can’t wait for my Bridget impersonations that are sure to be the consequence of the movie. Or maybe they can…).

Now, she can either faint from embarrassment not presenting her sexy self at her best, or she can laugh and say something like “Darling, if you take them off me really quickly, you get to see what’s underneath instead. And if you’re real good tonight, you might even see me in French lingerie next time. But you haven’t earned that yet. Hence, I’m wearing granny panties.”

You can turn almost any situation to your advantage. As I see it, my life is either a tragedy, or a comedy.

There’s no nice way of saying this, so let’s just use the British explanation: some people are twats. They aren’t nice. They do have a heart. And just as some people have the patience to guide shy, or insecure people, into opening up, others have time to make the mean see that they have a heart and help them find their way back to it.

Working for a twat or dating one, isn’t much recommended though. Which leads me to the point: no matter how nice, funny, outgoing, smart, caring, kind hearted and wonderful you are, some people will still act like twats. Not your concern. Just politely leave. Show you’re the better person, but don’t let them run over you.

Oh, and when you leave, makes sure they don’t get a look at your fabulous derriere as they don’t deserve it.

Please and thank you 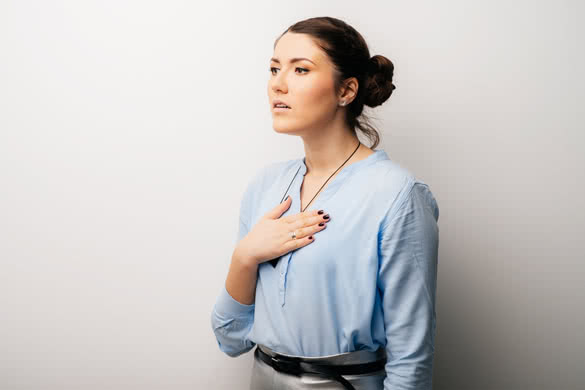 You can get a long way in life by being polite. Always start an email with a nice sentence. Say you hope they’ve had a fabulous week so far. End in the same manner, wishing them a lovely evening. You can vary it, but you get the idea.

When people do something for you thank them. Not in a way where you shrink away feeling guilty for them having helped you, but rather thank them for being such a gorgeous person. What they want is your love and appreciation, not your humiliation.

If you mess up, apologize and mean it. If appropriate, do something silly or cute to make up for it. Send them their favorite chocolate with a silly card stuck to it.

When dealing with people you want to impress (the best way is showing who you are, because you sure as h*ll don’t want to impress them by being someone else), remember what Georgia O’Keefe said: I’ve been absolutely terrified every moment of my life but I’ve never let it keep me from doing a single thing I wanted to do.