Christian Harris
Add Comment
Everyone posts the best photos on social media; no one shows the bad parts. Read on to learn why you shouldn’t compare yourself to what you see on social media.

The majority of people have Snapchat, Instagram, Facebook, Twitter, and sometimes even more social media accounts that are also being used religiously. However, few seem to realize the big issue that is caused by this: people are comparing themselves to what they are seeing on friends’ and celebrities’ accounts. It would appear that some people even obsess over what others are posting.

It’s become a pandemic where people post candid shots all the time, but never post shots that reveal what their life is truly like. Yet, we compare ourselves to the façade that we see on the social media accounts of others.

Why do we post and compare ourselves to others? 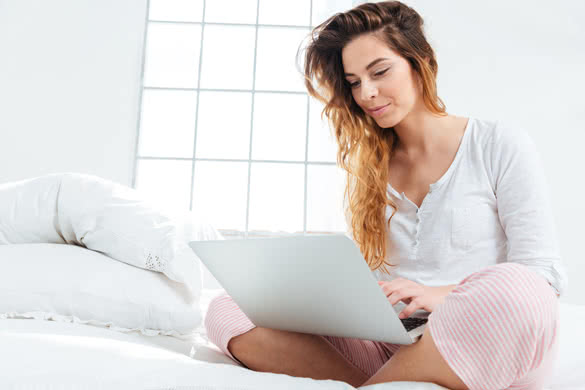 No one ever posts the bad stuff in life. Everyone wants to be seen as perfect, desirable and attractive, and give the appearance that bad things don’t happen in their life. Yet, we still compare ourselves to these posts and feel bad about ourselves in the end. How does that make sense? It doesn’t.

We need to stop comparing ourselves to these posts, be grateful for what we have in life and see our value. Many people feel like their value is diminished because it does not resemble the lives of others, but that is not the case.

Looks are all that matter on social media

Comparing how you look to other people on social media is a dangerous game to play, especially when you compare yourself to celebrities. A good thing to remember is that the majority of the time, celebrities’ images are photoshopped or they have professionals doing their hair and makeup. 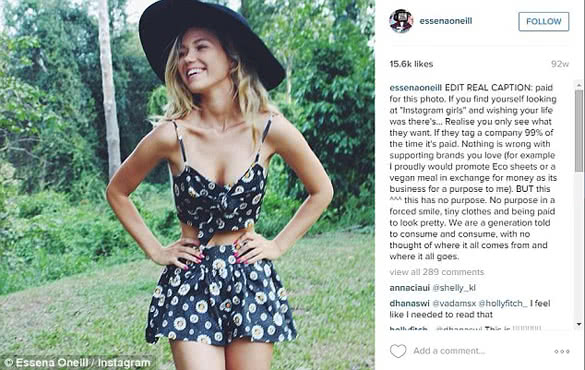 This is a gorgeous lady who showed the truth regarding social media. She was an Instagram model who was extremely successful, but decided to reveal what went on behind the curtain when it came to the world of being an Instagram model. She wanted to expose the pressure, and reality behind all her photos, so she changed all her captions on her candid photos to say what really happened.

She revealed that she should not be looked up to by other women because she looked fit and was sexy and beautiful; in fact, she claims to have won the genetic lottery and hates how all people cared about was the fake story behind the photos and how she was popular because she was sexy and gorgeous in her photos.

She grew tired of being idolized by countless women who wanted to look like her, wear the same clothes she was paid to wear and who thought her life was so glamorous. She was done with living a life that was a lie—a life where she never got to enjoy the beach, but just had to sit there and look sexy.