Maine Belonio
Add Comment
Dating is already tough. Don't make it even harder (and punish yourself in the process) by being with a man who's pretending to be a grownup just to get into your pants.

Men, like women, come in all shapes in sizes. They also come in different packages. There are those who you think are man enough to save you when you find yourself a damsel in distress. However, there are also those who'd pretend they're grown men and act like the hero so that they can get laid.

It's not easy to know which is which, but with time and an observant pair of eyes, you'll be on your way to distinguishing who's authentic and who's just faking it. To help you get started, we've rounded up the signs that tell you the one you're dating (who you believe is ‘The One’ the universe has destined for you) is not the grown man you thought, but a man-child who you should avoid like the plague.

1. He has no dreams, goals and ambitions 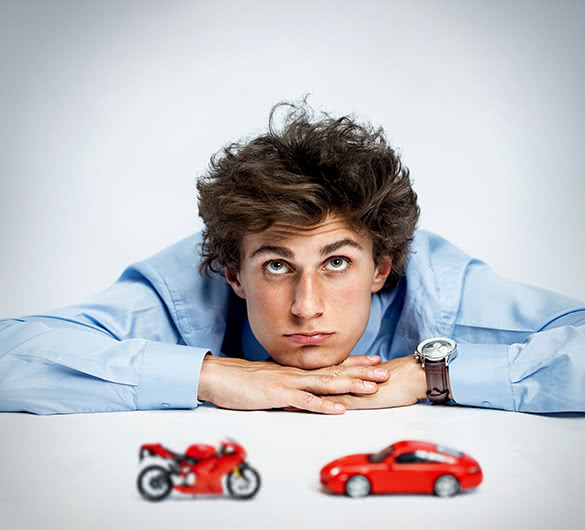 On the rare occasions that he talks about his goals and dreams, he does so only to boast. The truth is that he isn't willing to move even one finger to turn those dreams into reality. Yes, maybe he hasn't figured out yet what he wants to be in life, but that doesn't mean that he can stay stuck and not exert any effort to get somewhere in life.

This applies not only to his personal life but also your relationship. He doesn't make an effort to make you feel special and loved. He thinks that because you've been together for some time now, there's no need for romance.

3. He only lives in the present

He hasn't learned his lessons, and he hasn't given any thought to his future. Because of this attitude, you struggle with making important decisions about your relationship because you know you won't get anywhere until you make the first move. You'll also feel as if you're forcing him to do things because he doesn't speak up. Instead, he allows you to call the shots and then blames you if something goes wrong.

4. He blames you all the time

Nothing's ever his fault. All of it is because of you. Instead of trying to find a solution to the problem at hand, he's busy assigning blame to you. In situations when it's obviously his fault, he never owns up to his mistakes, and he's never man enough to apologize.

5. He expects you to take care of him 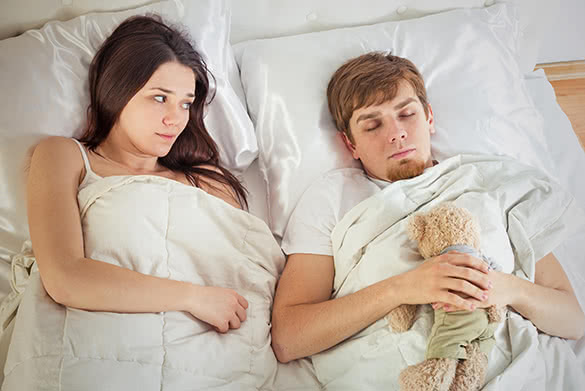 He has that silent expectation that you fulfill the role of his mom by making sure that his needs are met. Because he doesn't know how to pick up after himself, he expects you to clean up his mess. While it's something that you can do occasionally, it can get tiring in the long run because caring in a relationship is never meant to be one way. You take care of each other so that your relationship will last the test of time.

6. He doesn't know how to compromise

Strong and successful relationships become what they are because both parties know how to compromise and come up with a win-win solution for every conflict. If you find yourself always giving up things but he doesn't do the same thing when it's his turn, you have problems to address.

7. He doesn't know how to handle conflict

It doesn't matter if your fight has been huge or petty, his natural reaction to conflict is to run away. If he never deals with things in his personal life, you can't expect him to deal with any issues in your relationship.

8. He won't communicate openly with you

He makes you guess about what he feels and what he has in mind. Then he'll get upset of you don't get it right. He's also afraid of getting heart so he keeps his feelings bottled up and won't open them up to you when he obviously needs to since you're his girlfriend, someone he can consider as an ally.

9. He refuses to have conversations about the serious things 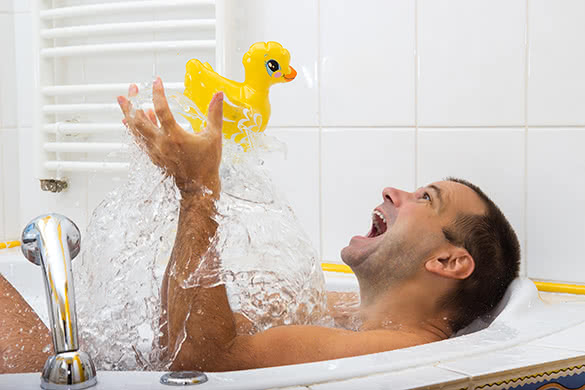 Whether it's commitment, moving in together, having children or tying the knot, he should be interested in discussing this with you if he really is into you. So, when you try to bring up topics like these and he doesn't seem interested or avoids the conversation, you can be sure that you are with a man-child instead of a grown man.

If he's more concerned about getting off first than giving you pleasure you deserve, you should start questioning if he's someone you can live with for the rest of your life.

Relationships have ups and downs, and there will be times when downs will be about people who are against you and him being together. If he's so concerned about what others have to say about your relationship that he ends up forgetting his responsibility to stand up for you, and you find yourself defending the relationship instead, you should think twice about if he's really worth it. 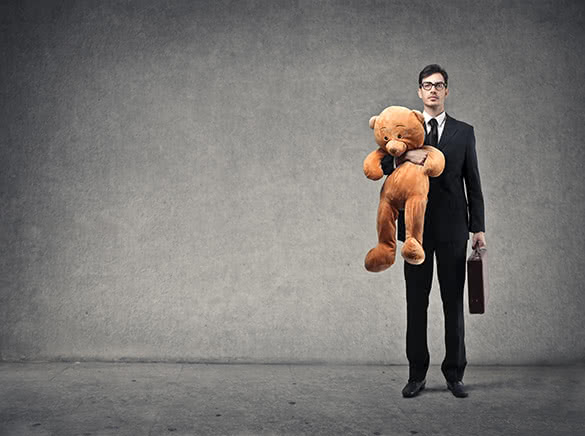 You don't need him to be like Superman who's there by your side at the first sign of danger or Charlie Puth who's always one call away to save the day. However, he should at least be reliable enough when the time comes that you need someone to lean on. If you find yourself doing the supporting instead of being on the other end of support, you should leave ASAP.

If your boyfriend looks like a grownup but exhibits all or a combination of these behaviors, you can be sure that you’re with a man-child. So, go ahead and don't hesitate to give him a kick if you've called him out on his behavior and he doesn't change before you kick him to the curb. You deserve better.

Have you been in a relationship with a man-child? How did it go for you? Share your thoughts in the comments.