Angie B.
Add Comment
When your relationship is on the outs and you’re so desperately in love that you’d do anything to fix it, you may find yourself in dangerous territory. These are a few things that won’t fix your relationship, though.

Love can make people crazy. It’s the most powerful emotion after all. When you’re in love with your partner and they with you but the problems keep occurring and the fights seem endless, you may try to grasp for straws to hold it all together. This is a bad idea, though, because if a relationship isn’t going to last, the ending will come sooner or later regardless of what you do.

People who are meant for each other will never try to continue a relationship with the false hope that there are quick fixes for even the biggest of issues. They will manage to fix relationship issue by communicating and modifying behavior, but they will never do any of the following things to try and hold things together. 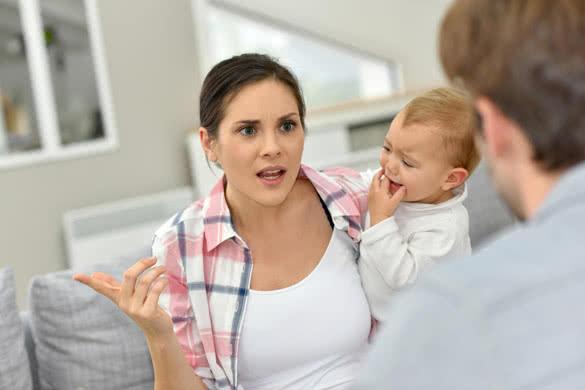 This is by far the worst thing for a deteriorating relationship because having a baby can cause more problems than it solves. Sure, you may think that sharing a life will somehow bring you together, but it doesn’t. Even happy couples who have children don’t always make it.

The divorce rate has been on the rise and is now at about 50 percent. So, that means that half of the children born will have to endure their parents’ divorce even if their parents were happy when the child was born. This means that not only will bringing a child into the mix not help, but it could even hurt your attempts to fix the relationship.

Furthermore, having children is expensive, time-consuming and requires teamwork and good communication. If you’re having problems with teamwork already and can’t seem to communicate long enough to solve your problems, then what makes you think a child will solve that? The only thing a child will do is ensure that you will have to be in each other’s lives for the rest of your lives, but it doesn’t guarantee what kind of relationship you’ll have.

If your relationship is on the rocks then getting married will only prolong the inevitable—and add a hefty price tag to the breakup. The time involved planning a wedding can be the ultimate test for couples so it’s almost ridiculously misguided to assume that if you can’t make a relationship work that getting married will help to solidify the bond and bring you closer together.

The day of the wedding will be the best it will ever get for the two of you and that’s not how it’s supposed to be. The marriage is what makes a real relationship, not the wedding, so if you think putting aside problems to make vows to each other is going to make all the other problems go away, you’re mistaken.

3. Participating in sexual activities you don’t want to do 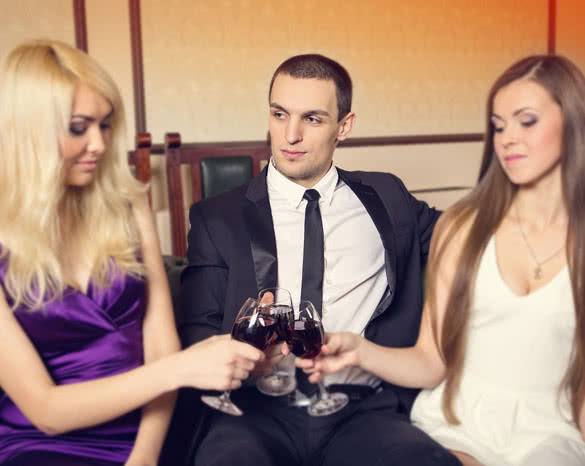 If your partner isn’t happy with your sex lives and has been begging you to participate in something you’re not comfortable with, going ahead and doing it isn’t going to save your relationship. It’s okay to indulge in each other’s desires and fantasies but it has to be agreed upon without pressure of losing the person you love if it doesn’t happen.

If you two aren’t compatible sexually, no amount of crazy fantasies is going to fix that. Even the most vanilla of sex will keep your partner satisfied if the relationship is meant to be. And, if your partner loves you as much as they say they do, they wouldn’t even dream of putting you in a position where you don’t feel comfortable sexually.

4. Sweeping issues under the rug to keep the peace

You’re sick of fighting with your partner, and every time you do, nothing ever gets solved. Neither of you communicates with each other effectively, so eventually one or both of you just decides to disregard the issue as if it were unacknowledged in the first place.

The problem with this kind of conflict resolution is that it’s not a resolution at all. There’s a difference between picking your battles and pushing aside your feelings to avoid confrontation. If the issue is something small like your partner leaves his laundry unfolded for days on end and it drives you crazy, then it’s something that you can just let go of.

After all, his inability to fold clothes in a timely manner doesn’t make him a bad partner. However, if the issue has anything to do with respect, love, one’s behavior towards the other or a complete disregard for the other’s feelings, that’s a stone that should never be left unturned.

The beauty of having issues in a relationship is that you learn how to work together and communicate towards a common goal so that you can both go on loving each other the way each of you deserves. However, if you continually ignore your own issues just to keep the fighting to a minimum, your relationship is not going to last very long.

5. Changing yourself to suit your partner’s needs

You are who you are, and your partner fell in love with you for everything you embody. The thing is, though, if people jump into relationships too soon without really getting to know the person they’re with, they can soon discover that the person they love isn’t who they thought they were at all.

Being asked to change or trying to change your partner into someone more to your liking is dangerous because it doesn’t encourage growth; it stifles it. A person who feels accepted and valued will want to become better each and every day, and without the pressure of doing so, this allows a couple to grow together. However, when a partner feels pressured to be better, it can cause them to resent you, driven by feelings of worthlessness and a developed sense of low self-esteem.

Your partner is good enough as they are, but if you make them feel less than that, they will eventually wise up to it and leave no matter how hard you try to explain that you love them and just want them to be the best version of themselves. Find a partner you don’t have to change, and this issue won’t even arise.

These five things are surefire ways to break a relationship, not fix one, so it’s important to remember that if your relationship has problems, the only way to fix it is to address them head-on with love and communication. If you can’t do that, then cut your losses so you can both move on and find someone better suited. What other tactics have you seen used to try and save a failing relationship?