Tina C.
Add Comment
Trying to figure out how to earn the respect of that man you have your eye on? Read on to learn exactly how to do that.

Men have seemingly always been a mystery to us women. Every women’s magazine and every show we watch offers advice on how to unravel the enigma that is the male species.

I had the good fortune of growing up with two older brothers, so I was able to see many things from their perspective. Plus, both of my brothers blessed me with a lot of advice that I still follow to this day. In addition, I have been blessed to have made many platonic male friends over the years. Their friendship has been second to none, and the advice I’ve gained from them has rung true.

I’m here to tell you that there are straightforward ways to earn a man’s respect. This can mostly be applied to dating and relationships, but you can also use this advice on male coworkers (just use discretion and be professional about it).

1. The damsel in distress does not become you 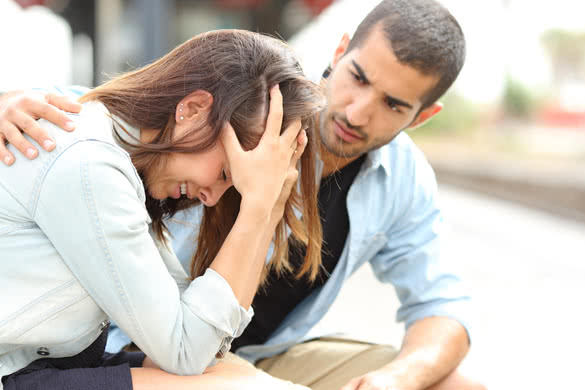 We’ve read about it in romance novels, and seen it in film and on television. It seems that men always go for the damsel in distress. You know whom I am talking about: the women who always need to be saved, whether it’s from a Bond Villain or a broken-down car.

While guys don’t mind helping us out once in a while, they don’t like always having to come to our rescue. Whether it’s in the workplace or a relationship, you cannot always play the victim and expect a man to get you out of whatever jam you find yourself in. Men would like us to learn to fend for ourselves.

This isn’t necessarily a bad thing when you think about it. It gives you plenty of opportunity to discover things for yourself so that the things you learn will become very useful to you someday. For example, take a basic auto mechanics course. It’s a great way to learn how to do the minor things that need to be done on your vehicle in a pinch. You learn how to change a flat tire, pump your own gas and even check your oil. That way, your significant other doesn’t have to take time out of his schedule to help you with something that is an easy fix.

The same goes for your computer. Take a course or two on how to use it if you’re not already familiar with it, and use that knowledge the next time an issue arises. Yeah, your I.T. guy is paid to fix problems with corporate computer systems, but he will appreciate not having to come to your rescue for a simple issue. The added bonus there is that you will be held in a higher esteem if you are able to help out your male coworkers should they experience the same issues.

2. Don’t claim to like something he likes without knowing anything about it

Most men love sports and love action films. It’s perfectly fine not to share the same enthusiasm for these things. There’s nothing wrong with admitting that you know nothing about hockey or have yet to see a James Bond film. A great learning opportunity lies in being honest. If you tell your significant other or co-worker that you have little to no knowledge over something they’re enthusiastic about, they will chomp at the bit to teach you.

Above all, though, don’t profess to like a sport or a movie because there’s a good-looking man involved. That’s a good way to lose what respect a man has for you. Men tend to be insecure and will immediately close themselves off if you tell them how great looking an athlete or actor is.

I have been a fan of hockey since the age of 5, and it’s always irritated me that many women only like the sport because they find certain players attractive. How can you expect a man to take you seriously if all you think about is the appearance of a player?

If there’s one thing my brothers have taught me, it’s to learn something about the sport. Now, I don’t claim to be the foremost expert on hockey; however, I know quite a bit about the sport itself. Same thing goes for NFL/CFL Football, UFC and MLB Baseball.

Men detest Sports Bunnies because they’re only interested in one thing. They will show you more respect if you learn a thing or two—bonus points if you ask them questions about the sport if you’re unsure. Men love to talk about sports and are more than willing to explain stats, player positions and rules.

When it comes to film, especially with the rise of the superhero genre, being a fan girl does not earn you points with a man! With the rampant rise of girls interested in superheroes/villains because of a good looking actor’s portrayal, those of us who’ve actually read a comic book or ten are being grouped in that category, which is very unfair.

I went to see X-Men: Apocalypse with my hubby on opening night a few weeks ago, and I had a group of fan girls sitting behind me at the theater. All they could say about the movie was that Michael Fassbender made a gorgeous looking Magneto. They knew nothing about the character he portrayed, and just oohed and ahhed over his rugged good looks.

As an actual fan of the way Michael portrayed Magneto, I was annoyed. Magneto is a complex character few could master, and I, for one, was proud of the way Michael mastered it. I could tell that they had never watched any of the other X-Men movies, the animated series from the 1990s or read a single comic book.

The boyfriends they’d dragged along were rightfully embarrassed. If they had met Michael Fassbender in person, he would have probably been horrified at some of the sexual comments their girlfriends had made about him.

Long story short, if you profess to love something, you’d better make sure you are educated on the subject and not just the people involved in it. Men care about facts and figures, not the appearance of an individual in question.

3. Don’t ask unless you want a solution to your problem 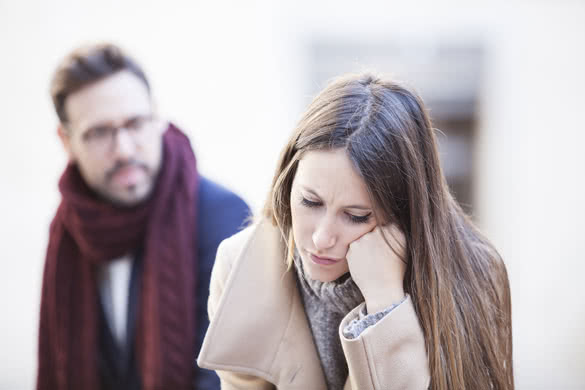 Don’t approach a man with your problems unless you are looking for a workable solution. Men are literal like that. They tend to be problem solvers.

When your man asks you about your day, don’t make complaints and expect him to agree with you or feel sorry for you. He just wants to know how you’ve been doing. He doesn’t care about your coworkers or any office drama.

Maybe you’re fortunate enough to have a man in your life that you can vent to from time to time, but even he has grown weary of hearing you dump your problems on him, expecting sympathy. If you want sympathy for something, go to your mother or your girlfriends. Men are not equipped to give sympathy whenever you want it.

4. Be sensitive to their wants and needs

Let’s face it, ladies. We’ve taken men for granted. They are busting their behinds, trying to please us however they can and we just take, take, take. What about their needs? What about their wants? Any relationship is about give and take, and sometimes we have to give more than we take. This applies to your male coworkers as well.

Show your significant other that he’s always in your thoughts. If he comes home late from work, have a cold beer ready and his favorite meal made. If he is visibly stressed, offer to give him a shoulder rub or at least ask if there’s anything you can do to help him feel better. At least offer a listening ear—men appreciate it when we do that. Simple gestures work best, and will go a long way when the tables are turned.

Should your man need space, give it to him. Don’t bombard him with texts and e-mails demanding to know what’s going on. Distance does not mean he is being unfaithful. When he’s finished with his alone time, he will come back to you.

In regard to your male coworkers, buy them a drink or a coffee from time to time to show your appreciation. Or, give them a compliment on the work they do. Men love to be complimented on their skills. Since physical contact is usually prohibited at work, keep your gestures simple and tangible so that they aren’t misconstrued as something else.

5. Men love an independent woman, not a princess 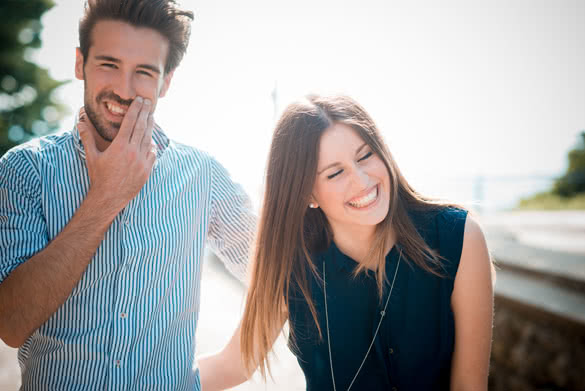 The biggest way to earn a man’s respect is to be independent. Being a princess is not the way to go if you want to keep a man around.

Decades ago, it was considered gallant when a man paid for dinner. Times have changed and so have attitudes. We aren’t living in the 1950s anymore, and we should stop adhering to outdated gender roles.

We live in an age where women are just as powerful as men and we should take advantage of that by offering to pay for dinner or a movie once in a while. There’s nothing wrong with footing the bill. Men don’t expect to be treated all the time, but they also don’t like paying for everything either.

Men aren’t walking ATMs and they are certainly not made of money. If you expect a man to buy you everything you desire, you will only succeed in earning his resentment. Guys don’t want to pay for spa days, purses, clothes and cosmetics for their significant others. Similarly, if you plan on using your man as a Sugar Daddy, prepare to live a lonely and unfulfilled life.

Men like to spoil women once in a while, and that is fine, but don’t take advantage of that. There are things men save up for like a house, car or even a new piece of hockey equipment. Don’t spoil that for them.

Don’t get me wrong. I’m well aware that there are financially secure women dealing with deadbeat men in their lives as well. But, if all you want in life is to be spoiled, then you might as well be living in a fantasy world.

In general, though, if you give a man respect, he will give it in return. Men aren’t to be treated like dogs or walking banks. They are human beings who have an enormous capacity to show us love and loyalty. If we treat them well, then they will give us the world.

If all else fails, remember this: behind every great man is a woman. Be the woman who brings the best out in her man.