Maine Belonio
Add Comment
Breakups are painful for both the one being broken up with and also for the one who has to break up. Here're tips on how to break up with him like an adult.

You know something has changed between you and your boyfriend and you know in your heart that the desire to work things out with him just doesn't exist.

You want out of the relationship but you don’t know how to start. How do you tell him? Do you just say “I’m breaking up with you” and expect him to just take it as it is, no questions asked?

Do you write him a letter, pack your bags, and leave without looking back? Do you just disappear out of thin air?

We know ending a relationship with someone you cared about and loved is never easy and, if it ever was, chances are moving on wouldn’t have been that hard for the ones who were broken up with.

The truth is there’s no easy way to break up with him but there’s a right way to do it: Break up with him like an adult. How do you do that exactly? We’ve rounded up the ways you break up like the adult you are. Read on. 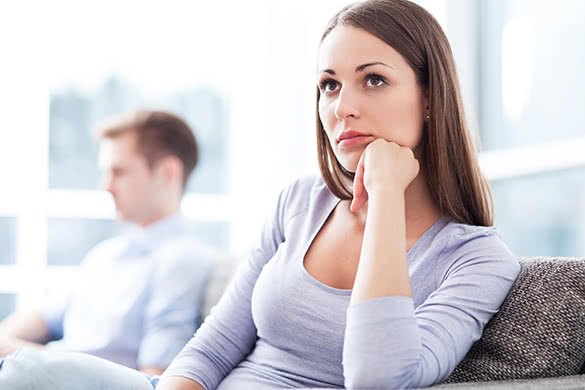 You very well know that you’ve already fallen out of love so why prolong the agony for you and him? Why wait for the perfect time? Yes, we know timing is everything but remember that in every rule, there is an exception.

This situation is one of those. We know it can be quite scary but trust us when we say the earlier you tell him that you’re breaking up with him, the better.

2) Tell him face to face

Forget about sending him a PM, GIF, or sticky note via Facebook or Instagram. Don’t call and leave a voicemail message if he doesn’t get to pick up your phone call. Don’t text.

Writing a letter and leaving it on top of his bed for him to read when he gets home won’t cut it either. These are immature ways to break up with him and should be avoided at all cost.

Here’s what we recommend: Set a date and time (somewhere private) for when you’ll drop the bomb. Then rip off the Band-Aid and tell him face to face.

Yes, it may get ugly if he doesn’t accept your decision but at least, you were decent and respectful enough to bid him goodbye personally. We’re positive he’ll prefer that over you ghosting on him.

3) Use the actual words – the breakup

Yes, pretty lady. You read that right. There’s no better word to use when ending the relationship with him but those two words. Don’t sugarcoat or understate anything.

Doing so will just make him feel more insulted than he already is by what’s happening. Whether he deserves it or not, do him one last favor and just break it to him the gentlest way you can.

4) Be sure he’s the first person to know 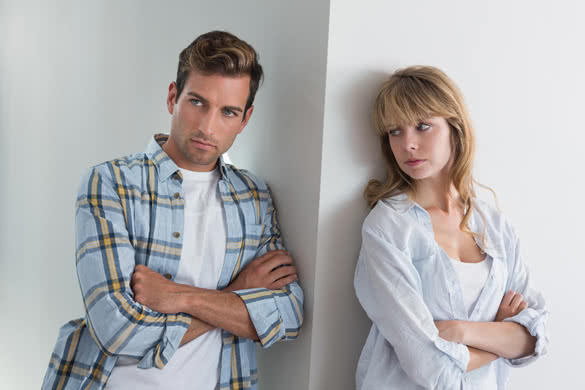 Ending your relationship with him will surely break his heart into two. Telling the world (or at least all your Facebook friends) that you’re breaking up with him before he knows it?

You’ll undoubtedly blow his heart to smithereens. No matter how bad you think he’s been as a boyfriend to you, you shouldn’t break up with him that way. It’s just all kinds of heartless.

5) Tell him if you’re leaving him for someone else

We know your brain cells just screamed a massive “No!” at us for dishing this piece of advice but before you object, listen to sense first. The reason you should heed these words of wisdom from us is that it’s the fairest thing to do.

If you won’t be honest with him about why you’re breaking up with him, it will have a huge effect over how he’d move on from you. If he knows someone has replaced him in your heart already, chances are it would be easier for him to heal and move on.

But if he doesn’t, don’t you think he may just knock on your door over and over, convincing you that your relationship deserves a second chance? You get the point.

While it can be tempting to create an official statement about why you broke up with him and post it on your Facebook timeline for all your friends to know, we suggest you hold off from doing it.

Your social circles will surely have mixed reactions over the breakup and the last thing you need is to get into a heated argument with someone close to him who firmly believes you were wrong for ending things with him.

Also, we believe it’s totally okay to change your relationship status from “In a Relationship” to “Single” on Facebook but do so only after you’ve told that you don’t wish to spend the rest of your life with him anymore. Never before, alright?

7) Never put the blame on him 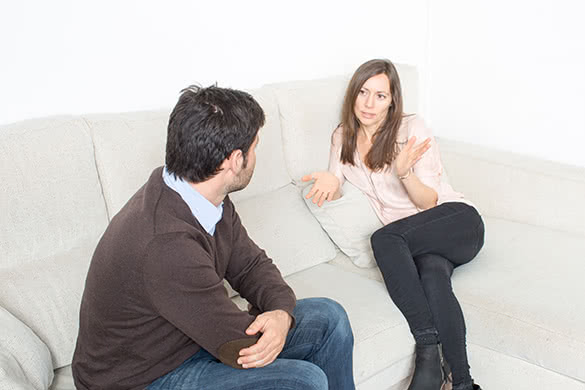 Your boyfriend (and soon to be ex) may sing you “You can put the blame on me” wholeheartedly, just like how Akon does it after you’ve told him the reasons behind your decision to break up with him but don’t. Why?

Because you’re both responsible and accountable for how the relationship ended and shifting all the blame to his direction doesn’t make you a better person than him.

Aside from that, blame games are only played by kids and since your main goal here is to end the relationship with him the way a matured woman would, doing so would defeat your purpose.

If you’re ending the relationship with him because he lied, cheated, manipulated you, or did something that’s a deal breaker for you, we understand your extreme desire to burn everything he owns.

However, just because you think it’s only right for you to get back on him because of what he did that you’ll step down to his level (or worse).

No matter how hurt and betrayed you may have felt, we think it’s always best to take the higher road. End things peacefully with him and let karma do its thing.

He’ll be served sooner than later and you’ll just be surprised as to how awesome the universe is when it comes to getting even. 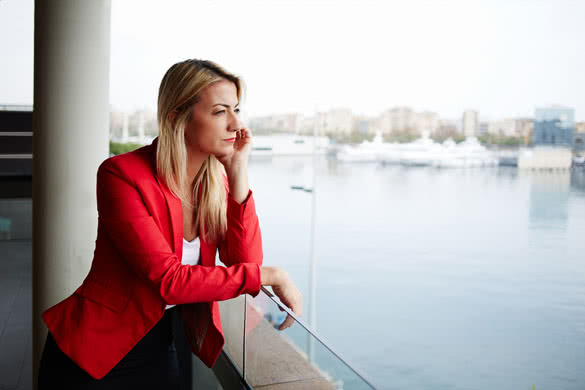 Don’t say “Let’s just be friends” when you break up with him if you’re sure as hell that you can’t be friends with him anymore after your breakup.

Don’t make him hope about a future reconciliation if you know it’s not something that you’re willing to reconsider in the future.

Simply put, don’t offer anything you can’t follow through on and don’t make promises you can’t keep in the hopes of making him feel less hurt. Doing so will only hurt him more.

So if you’re breaking up soon, you now know how to break up with him like an adult. Yes, it would never be easy following all the tips in this guide but we know they’re doable.

You just have to muster the courage and stay patient throughout the process. More importantly, keep the word R-E-S-P-E-C-T in mind all the time when dealing with him throughout this agonizing breakup. You’d never know if you’ll be the break-upper next.

Have you broken up with someone recently? How did it go? Do you have any tips to add for our fellow queens Share your thoughts in the comments!