Trina
Add Comment
Are you angry at your boyfriend? Are you trying to think of ways to get under his skin? Does he need a dose of his own medicine? Here’s how to annoy your boyfriend most effectively!

No relationship is perfect, and let’s be honest, there are times when being nice just isn’t the right thing to do. Let me give you an example: I went on two dates with a guy last week, the first date we had coffee and the second we had dinner. Both dates were nice, but I knew right away he wasn’t the man for me. I tried to overlook it.

Our conversations started out intelligent, but then he started sending me texts telling me everything I do is sweet and I’m a sweet person. He acted like nothing I could do would ever be less than adorable. I really hated that.

It annoyed me so much, I had to find a way to annoy him in return. So, I ignored his “good morning” text and then ignored him for two days, using nonexistent business as my excuse not to communicate. It worked like a charm. He actually “ended it” with me because he said a relationship requires constant communication and I wasn’t being constant enough.

I was very thankful I didn’t have to end it because I would not have been that nice about it. This woman needs her breathing room, you know?

The point is: sometimes we really need to annoy our guy to get him to shape up or ship out. If you want to know how to annoy your boyfriend, here’s all you need to do. 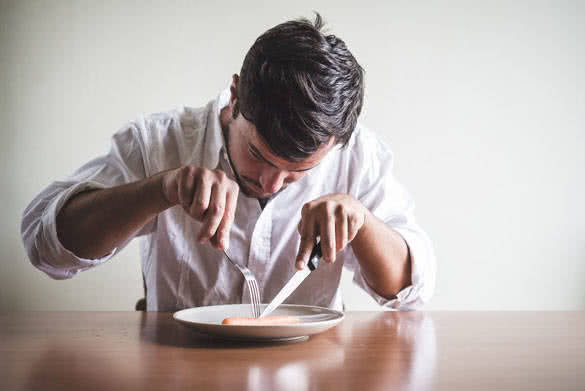 The way to a man’s heart is through his stomach and every man has a weakness, whether it’s sugary cereal or a weekly piece of chocolate cake. Much of the time, guys like their pizza and beer.

Get into his head by going through his gut and forcing him into some “new age” diets that full of kale and weird vegetables. Even if you don’t make him quit all of his favorite foods, having one meal a day that he absolutely hates will be perfect revenge on the guy that’s been getting on your nerves lately.

What, you can’t find your keys? I don’t know where they are!

Losing his keys, especially making him think he lost them himself, will drive your man insane! It really will. This is why, ladies, I always suggest you keep a spare key inside one of the inner pockets of your purse…so he’ll never be able to pull this prank on you. Also, so you can taunt him about how much smarter you are for having a spare key when he’s tearing up the house looking for his only key.

While he’s at work, change the locks and then be at the store when he comes home. Tell him the landlady said the locks needed to be changed, or tell him you broke your key in the door lock and had to have it changed.

The important part of this is to not be there to let him in the house. Making him wait outside for an hour while you finish up your errands will really get under his skin. Oh, that and forgetting to get him a copy of the new key (don’t worry, honey, I’ll go tomorrow!).

4. Invite all your girls over 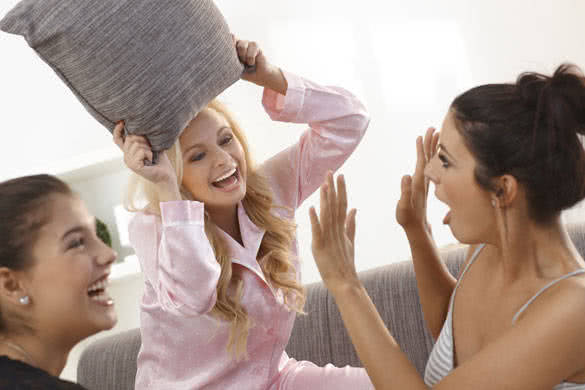 Why not drive him over the edge by having all of your giggling girlfriends come over for a girl’s night in. Chances are some of your friends hate him anyway (they must if you’re going through all this trouble to annoy him), so you’ll have a bunch of loud girls doing their nails and giving each other facials while talking about guys (don’t say anything about him…that’s taking it too far).

When he comes through the living room or kitchen and sees your friends, they’ll throw him dirty looks, and he won’t be able to concentrate because of all the noise you’ll all be making.

Text him with random thoughts, text him with “I love you”, text him with “what do you want for dinner”, constantly bombard him with texts! I will tell you right now that I’ve ended a couple of relationships because the guy would not stop texting me.

I did this to my brother once. He set his phone down for something, so I changed his ringtone. When he heard it, he changed it back. When he set his phone down, I did it again. This went on until I got bored. It’s a fun game for you, but it will make him nuts. The weirder the ringtone, the better.

7. Flirt with his friends

For some men, this is crossing a line you shouldn’t cross. I only say this to those women who have calm boyfriends that don’t react badly to much of anything. No matter how calm your man is, he’s still a man. Men are territorial. My very calm ex (Joe) never got truly upset about anything…except this.

One night I was chatting with a friend of his and we were laughing and having a good time, Joe was crazy jealous about it. In fact, he really didn’t let me see that friend anymore, he always avoided bringing that guy over or hanging out together after that night. Tread cautiously with this one, but it will work if you do it in a harmless and innocent way.

8. Don’t respond to his texts 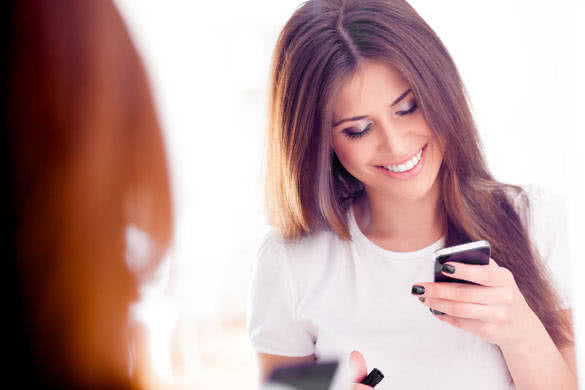 9. Tell him you “need to have a talk” during the big game

What could possibly annoy a man more than interrupting the big game?! You know, the game he’s been waiting all season to watch! Don’t just interrupt him with something minor, you have to save something big for this interruption.

If there’s a talk you’ve been meaning to have (the “I’m pregnant” talk, or the “we should break up” talk) then you will not only blow his mind, but you will also really, really drive him insane by telling it to him during the big game.

10. Stand in front of the TV while he’s gaming

Vacuum, pace the floor while you’re on the phone, walk across the floor carrying the laundry, do whatever you have to do to get in front of the television while he’s playing X-Box. I’m telling you, this is the way to push his buttons.

I don’t know the reason for why you want to annoy your man this much (and I probably don’t want to know, I’m sure you have a good reason). However, I do know that these tactics work…because I’ve done most of them. See? I’m not always that nice. So what are you going to do to drive your man insane?

How Men Think in Relationships: We Can Decipher Them
Quiz: Should I Break Up with My Boyfriend?
Comment