Maine Belonio
1 Comment
You don’t become a clingy girlfriend overnight and you definitely won’t become less clingy in an instant. Learn how to be less clingy by reading our 9 tips.

Even if most of us won’t be willing to admit it, we’ve all been that clingy girlfriend at one point in our dating life. That girlfriend who just can’t afford to be away from her man, not because she can’t get enough of him but because being clingy is just natural to her.

That girlfriend who can’t seem to stand on her own feet, always needing her man to be around her so she can function like a normal person would. More importantly, that girlfriend who causes her man the kind of suffocation no sane man would be able to withstand, even if he loves her dearly.

While it’s totally sweet to want to be with your boyfriend every waking hour of your life, it’s just not how matured people in relationships act (and that’s a fact!) Being clingy does more harm than good in a relationship and you know that if you’ve been with a clingy and possessive boyfriend in the past.

So if you’re despairing because you know “clingy” is how you’ve always been as a girlfriend, don’t! There are ways to become less clingy in your relationship and we’ve rounded them up in an effort to help you keep your man. Read on.

1) How to be less clingy? Admit it first 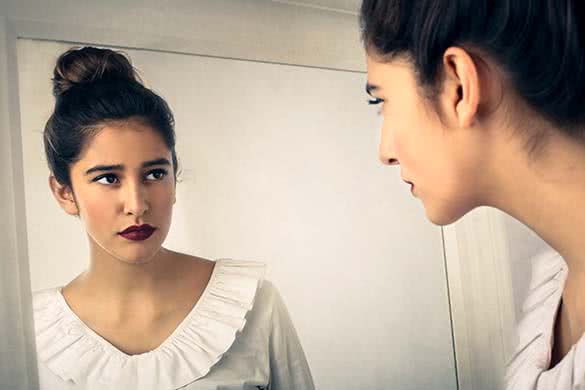 You can’t start working on anything until you actually admit first that there’s something’s wrong (which, in this case, is your insufferable level of clinginess).

So find the courage to admit you need help in transforming from super clingy to a less clingy girlfriend. After you’ve done so, you’ll be ready to take the next steps to permanently saying goodbye to your “Ms. Clingy” title.

2) Talk about it to trusted confidantes

Hell, yeah! Gather the girlfriends you trust with your apartment keys (and your life, for that matter) and let them know how much of a mess you feel. Don’t be afraid to admit your fears and speak about how clingy you’ve been to your SO.

Don’t hold back on the truth because if they don’t know the intensity of the problem, they won’t realize how much in need you are. They’d surely lend you all the hands (and emotional support) in order to help you learn how to be less clingy to your boyfriend.

Take some time off from your relationship, if needed, so you can spend that much needed time for treating yourself better. Do it every single day. Replace that time he used to fill in for you with some me time. Spend it doing whatever feels right.

Sometimes, that’s just what you need so you can feel secure of who you are and what you’re capable of on your own. So sit back, relax, and enjoy babe. You will be a less clingy girlfriend in no time!

4) Work on your self-esteem 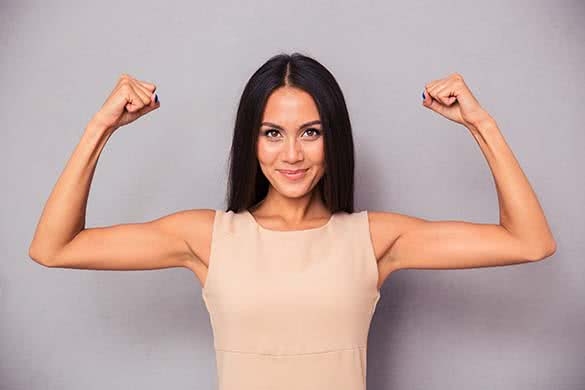 Chances are you’re a clingy girlfriend because you have issues in the self-esteem department. If so, work on your self-confidence level. Do things that make you feel good about yourself. Pursue your passion and interests outside of the relationship.

This would not only make you feel good about yourself; it would also help him see that you are one badass lady who’s capable of running the world and taking care of her man at the same time (without being clingy).

Instead of staring at your laptop or smartphone waiting for his message, move around. Don’t wait for his text or call at all and go on with your day without being anxious about his whereabouts. Yes, we all know that not knowing what he’s doing and where he’s at sucks, but, listen!

He doesn’t want you following him around like some dog. If you make yourself too available to him, chances are he’ll lose interest and that’s the last thing you wanted now that you’re trying to be a better person and a better girlfriend to him, right?

6) Give him the space he needs

Trust that he knows how to take care of himself (because he should). He’d surely appreciate you (and miss you in the process) if you give him space he rightfully deserves. Giving him his space daily will surely help you become a less clingy girlfriend although for sure, it won’t be easy for you in the beginning especially when you’re used to monitoring his daily activities but trust us when we say it’s worth giving a shot. 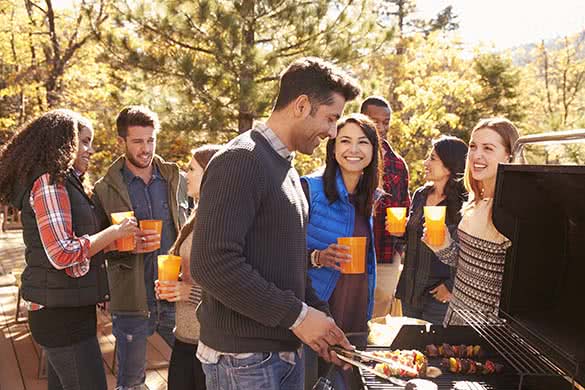 You don’t have to lock yourself up in bed while you give him the time he rightfully deserves as a loving bae to you. You can actually go out and see people you love like your parents, relatives, colleagues, and close friends.

You can also start meeting new people by joining book clubs (or just about any kind of club that’s aligned to your fields of interests) and small groups outside of your workplace where your creative juices can start flowing again.

This will help you feel like your life can actually revolve around other things and people aside from him, making you a less clingy girlfriend in the long run.

Stop over thinking, dear. “What if he’s talking to his ex-girlfriend when you’re not together? What if he’s not really working but is on a date with someone else?” Kick these unnecessary “what if’s” to the curb because they’re not helping you and the situation.

They’re only making things worse. Take control of your mind and don’t give in to your fears. Whenever your thoughts start to spin out of control again, focus on the good things about your relationship. Remember that you’ve been together through thick and thin and you’ll make it through this storm, too.

Control is one thing you surely wanted to have in your relationship with him and by now you know that too much of it is not a good thing, right? Yes. The desire to have so much control over him and the relationship is one of the reasons you’ve become so clingy of him.

This toxic behavior can ruin the beautiful love story you have written together and so to achieve your own version of happy ever after, give up control the soonest time you can. Breathe in. Breathe out. Let go. Trust the process. It’s hard but it’s worth it if you love him that much.

Bonus tip: How to avoid being THAT clingy girlfriend

If you suspect you’re clingy or you’re headed down the “Clingy Road”, know that it’s not too late for you yet. You can still choose the right path, that which will lead you to be a less clingy girlfriend.

Just heed the words of wisdom we’ve dropped here, summon all the patience and courage you need, and you’ll be on your way to becoming the less clingy girlfriend he’ll grow to care for and love more.

What made you think you're a clingy girlfriend? Do you have some more tips on how to be less clingy one? We'd love to hear the thoughts you're dying to share. Let's talk in the comments!

Relationship Expectations: How To Avoid The Disappointment
8 Signs Social Media Is Ruining Your Relationship
Comment