Cassandra Lane
Add Comment
If your new man has you feeling just like the first time you met Edward in Twilight (swoon!), then it could be wise to discover whether there is a happily ever after appearing soon in your future. But how? Just read on to learn whether your man is really relationship material.

You think he is absolutely, positively, irreplaceably perfect. That hair. Those eyes. Those lips. That attitude. Cue happy sigh … But how do you know if he’s thinking the same way? Or are his thoughts more along the lines of “hello, booty call” than “I do”?

Easy. We’ve collected some of the little ways you can find out whether he is really the man of your dreams (complete with the white picket fence and the obligatory golden retriever of course). 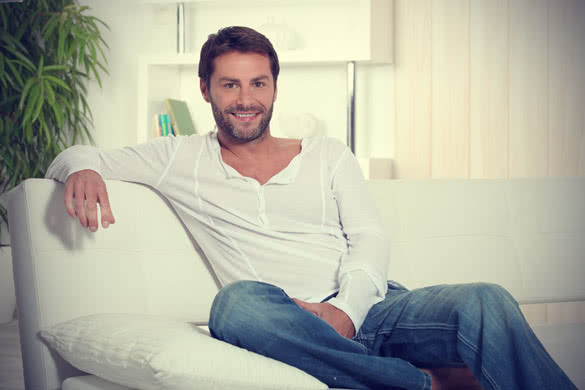 First cab off the rank is that he has accommodation fit for the emotionally available and furnished with relationship material. Now while this sounds pretty simple to figure out, it can actually be a bit of a doozy.

Say for instance, your paramour lives with his Mom. This is a definite no-no, right? Well … not necessarily. First of all, an apartment or house isn’t cheap these days, no matter where you live. And if he’s being prudent, he could be chilling out at home so he can save up enough cash to buy his own place. This is fine. He may have also bought the house he’s living in for his Mom. That’s also fine.

However, if he’s over 35, living with his folks and has no intentions of moving out any time soon … you should be feeling a little wary right about now. If his Mom still does his washing, cooking, cleaning and chooses his outfits for him – run for the hills.

A man that is emotionally available and ready for a relationship will take pride in his home. He could live with his parents, with a group of friends or by himself, but the key element is that he doesn’t expect anyone to clean up after him or cook for him.

His house or room should also be reasonably tidy. Not spotless, but not a pig sty either. Overall, his accommodation choice should feel, well, appropriate. No signs of a bachelor bad, or a mommy mansion. Just normal, regular and girlfriend-friendly.

Unless your man is in competing in the next Project Runway, chances are pretty high that he doesn’t like shopping too much. This is a standard trait, irrespective of whether you’re dealing with the relationship model, or the hit-it-and-quit-it model. Shopping, for pleasure, is completely outside of their comprehension.

But the difference between your playboy and your potential partner is that a guy who is boyfriend material will suck it up. He may moan, whine and even feign hunger pangs in order to make the trip a little less tedious, but he’ll still do it.

A playboy on the other hand will be outta there faster than you can say ‘mini-mall’. He’ll develop a headache, a mysterious ‘work meeting’ on a Saturday, or remember that he has to, er, wash his hair.

Or worse, he will go with you. Then he’ll spend the whole time checking out other girls, adding more playboy-fabulous clothes to his wardrobe and making the entire trip about him. 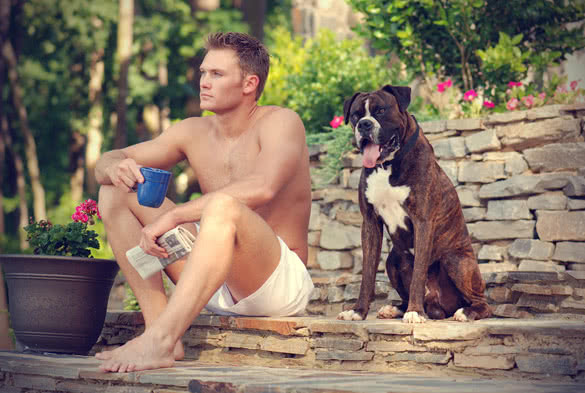 The next big indicator of whether your guy has the relationship tick of approval is if he owns a pet. Now I don’t mean an iguana, snake or that floating thing in his fish tank that might possibly have been a goldfish at some point. I’m talking super pet territory: dogs or cats.

If your man owns a pet, it’s fair to say that he’s probably responsible. After all, he has to feed it, water it, walk it, play with it and well, love it. So if he loves a furry friend, the chances are high he’s able to love you too.

A guy that isn’t relationship material won’t have the time, energy or patience to deal with something that doesn’t reap an immediate benefit to him. But if your man has a pet … he’s already in a relationship.

All you need to do is make friends with his pet and you’re halfway there to familyville.

Note: if the before-mentioned pet isn’t taken care of very well or if he outsources everything to a pet nanny – ignore this advice. Relationship material he is not.

While it’s pretty funny to watch a grown man run away, hands in the air while screaming in abject fear, from a small child, it’s not so funny if it’s your man doing the running.

Relationship material isn’t scared of kids. He likes kid. They get along well. He might have a sister, brother or friend who has small children and he does the occasional babysitting job here and there. He mucks around with them, teases them and even sneaks in the odd affectionate cuddle.

He might not thinking of having kids right now (hold your horses, little lady) but it’s not a definite no either.

Meanwhile, on the other side of town, your non-relationship material guy will list kids as his greatest fear. When forced to interact with them, he will frown and cock his head like they’re some otherworldly phenomenon. He won’t understand what they say, what they want or what their purpose is. And more to the point, they won’t understand him either.

#5. He goes to weddings with you 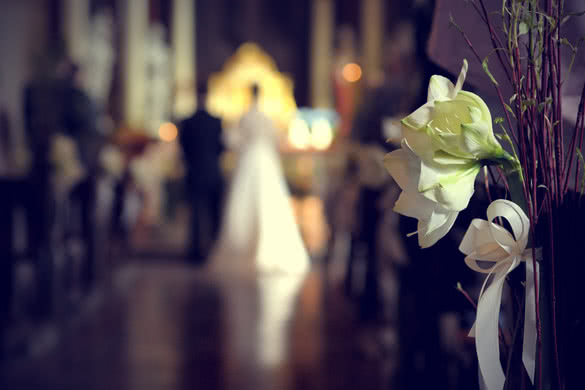 Let me be very blunt here: if the guy you’re dating doesn’t want to go to a wedding with you, it’s because he doesn’t see you as potential girlfriend material.

I’m sorry if that hurt, but it’s the brutally honest truth. Guys that do not list ‘relationship material’ on their resumes do not go to weddings with girls. Ever. It’s just not done. Unless they’re the Wedding Crashers. You want to know why? They don’t want their dates getting any – gasp – ideas. This is one event that is just too emotionally charged for them to consider.

But guys that are relationship material? Well, they have no problem going to weddings. Weddings are fun: they get to drink from an open bar, meet new people, do the chicken dance and are guaranteed to get laid after. What’s not to like?

A guy that has no hidden motives and is honest in his interactions with you won’t mind being your date to a wedding. He’ll love seeing you dressed up and getting to cuddle away your tears during the ceremony. He’ll hold your hand, dance with you and field annoying questions from your relatives.

He doesn’t mind being at a wedding with you, because the thought of being at his wedding with you one day actually feels kind of nice. Sure, just like he’s not beating down your door to have babies with you yet, he’s probably not ready to drop down to one knee and propose either but … the thought doesn’t fill him with fear.

#6. Other people know who you are

Another great test to discover his relationship material score is to pay attention to how people react when they meet you. There are a couple of ways that it can go when you first meet his friends, co-workers or even family.

First, they can raise an eyebrow and say “who?” If this is their response, I’d probably hedge my bets against him considering you as a future girlfriend.

Next, his mates could nudge each and exchange sly grins. Now this in itself isn’t a bad thing. They could be teasing your guy about his obvious interest in you. Or … they could be thinking about sleazy comments your guy has made about you in the past. Your call.

The last sign you should look for is if their eyes light up and they say something along the lines of “Oh, Mr. Perfect has told us so much about you! How did the date at the zoo go?”

Snap. Game, set and match. If this is the response, you can bet your sweet hinny that your man is relationship material. 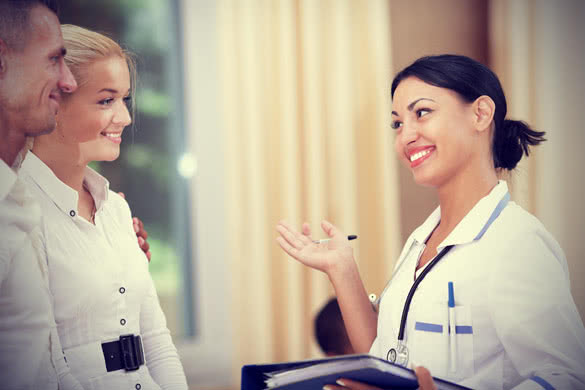 Whoa, whoa, whoa – don’t choke on your drink! I didn’t mean it that way. Sheesh. STD as in Sexually Transmitted Debt. Have you stopped coughing yet? Awesome.

Okay, so the next way to check the relationship material score of your man is to check his credit score. Now you don’t have to hire a private investigator or sneak into his house and look through his bank statements. Just a few casual, subtle and well-placed questions will do. You should also be able to compare his occupation to his lifestyle and do the math.

Aaaanyway, a guy that is living well beyond his means isn’t thinking about the future. He’s thinking about now. He’s materialistic and spontaneous (not in a good way). You want a guy who has a good nest egg, doesn’t spend more than he earns and has no STD’s (again, that’s sexually transmitted debt) that may transfer to you during a relationship.

Wait, uh sorry, sorry! My mind was still on the fireman. Let me switch gears.

That one. That’s what you’re looking (no pun intended) for.

And the future is looking very bright! Or maybe that’s just the glare of the white picket fence he’s painstakingly laid around your future home. Shrug. Either way, it’s happily ever after all the way home, doll.

While Cassandra readily admits to being a rampant cupcake aficionada (how could she not be with an almost-brother-in-law that owns not one, but three cupcake shops?) she happily works off her lust of all things sweet and sugary by slogging it out in the gym and outdoors.