Victoria
Add Comment
When it comes to your relationship disasters with men, do you ever think about what really went wrong with him? Check out the 6 things that push guys away.

You were having a great time with him. Everything seemed to be going okay. Or so you thought anyway. The thing is when it comes to unexpected breakups and dating disasters, there are many women who don’t actually realize why everything went to pot. A lot of tears are shed. A lot of man bashing is done. But what women sometimes don’t understand is that they sometimes also play a role in the breakup.

Sometimes women unconsciously do things that either scare off or anger their men. Sometimes only once is enough to make him run. Sometimes it’s repetitive actions that eat away at him and finally cause him to snap.

Are you wondering how to keep your man? Do you want to have a lasting relationship? If you’ve really got a great man and you’re afraid of losing him, there are some specific things that you should NOT do. Read how women push their men away without even realizing it.

#1 Trying to Change a Man

Have you ever entered a relationship liking only 80% of the man? What about the 20% of him that you don’t like? Perhaps he has a vice such as gambling or smoking, or perhaps you want to try and make him more social. Men are very set in their ways and trying to change him is a mistake that many women make in relationships. Men don’t want to change and they certainly hate being told to do so by women.

Why start dating him in the first place if you don’t like the whole package? Men won’t change if you ask them to change. They’ll only ever change for you because they recognize it themselves. In short they have to want to change.

Instead, just be a great girlfriend. Make him fall in love with you so that he’ll understand how great you are. If he understands how fabulous you are and that he can’t live without you, he will make the decision alone. Don’t nag him because all guys hate this. 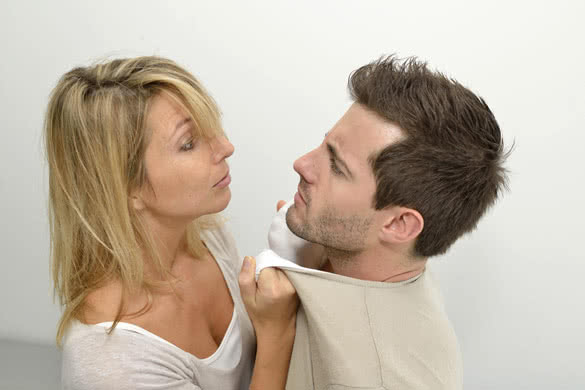 Emotional drama is one thing that most guys can’t be bothered dealing with. Asking and questioning everything tires men easily. Another thing that pushes guys away is when women overanalyze everything.

Men usually don’t think too much before saying or doing something. It means nothing to them. But to a woman, it has to mean “something.” We’ve all spent hours upon hours dissecting some of the annoying or questionable things that a man has said or done.

Women overthink all the time especially when they’re dating someone new. Okay, there are quite a few guys who aren’t very transparent, and sometimes you can’t figure out where you stand. But there’s a fine line between too much and too little.

If you overanalyze every single detail, it will likely drive him crazy. You’ll seem obsessive and this is the last thing a guy can stand. You need to go with the flow a little bit more (even if it’s really difficult). If he happens to send fewer text messages than before, just chill out a little and go with it. The worst thing you can do is to make assumptions that he’s doing things that he shouldn’t be doing…you’re just going to end up coming across as crazy or clingy.

When you obsess about smaller details and chooses to confront your man about it, it makes the man unnecessarily uncomfortable – especially when he’s NOT guilty. Continue doing this, and you’ll see he’s not going to stick around for long.

#3 Being a Drama Queen

Drama queens can be really entertaining at times to watch from a distance, but it’s a completely different story if you’re romantically linked to one.

There are many women out there who love drama. This is something that really irks men. There are women who cause drama with others, and then there are those who cause drama with their men. Often, there’s no serious issue underlining the dramatic fights and public scenes that these women make. It’s simply a form of attention.

If you have an issue with your man, it’s not necessary to air your dirty laundry in public. Your relationship problems are between you and your man; they should be addressed without an audience. Making a scene in public is simply immature and will likely create even bigger – perhaps more genuine – problems in your relationship. You may even jeopardize things that are important to your man – like his job or his friendships.

There’s nothing worse than always being surrounded by negativity. Negativity has a knock-on effect and really can affect the people around you. This is something that’s likely to drive your man away. You’re negative about everything: Your job, your life and even worse, your relationship.

Of course, we all have genuine concerns about our relationships from time to time, but before you a accuse him of no longer loving you or wanting to be with you, ask yourself this: How do you know? Do you have proof? Constantly doing this is manipulative. It’s a way of getting him to pay you more attention, but it’s usually the wrong kind of attention.

Guys hate games as much as we do, so if you really are concerned, ask him about your concerns directly. You’re more likely to get an answer and have a chance to resolve the issue(s) by doing this than by playing games. 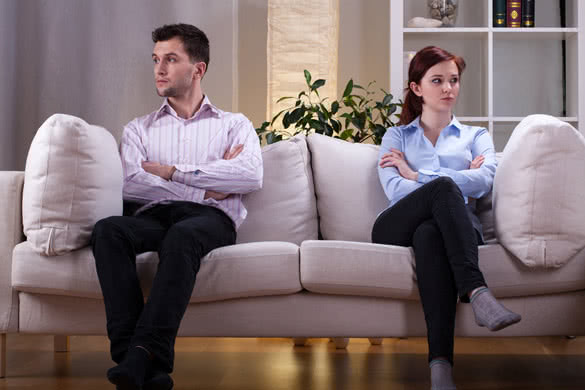 One thing to remember about guys is that they hate clingy and needy women. When women get clingy or emotionally attached too quickly, men tend to freak out. Instead of showing him how much you care, you’re actually pushing him away.

By all means, be excited about your man and your relationship – there’s nothing more beautiful that a new relationship. However, don’t declare your undying love for him on the third date and tell him that you can’t live without him. Such outward statements need to be left for when you’ve had at least a few months together.

The relationship needs to mature and more importantly, you need to know that the feelings are reciprocated. If they’re not, you’re going to scare him off. He’s likely to deem you as needy and this is not someone he wants to date.

#6 Bringing Up the Past

So there you have it ladies. These are just a few things that drive a man away. Yes, admittedly being in a relationship can be tough at times and of course men are guilty of doing the same things. No one is perfect, but try to focus on ways to make your relationship work rather than fail.

Can you think of any other things that push guys away? Share your experiences with us and help us learn to appreciate our men better and attract them, not repel them.

10 Signs of Commitment Phobia and What to Do About It
Dating Your Ex: 10 Rules Worth Following
Comment