David Paulson
Add Comment
Does your boyfriend stare at other girls in public? If you wonder why he does that, read on for the real answer to why do men look at other women?

Here’s what it does mean. Consider the points below before writing your boyfriend off as a girl-crazy pervert.

Women draw attention with their appearance 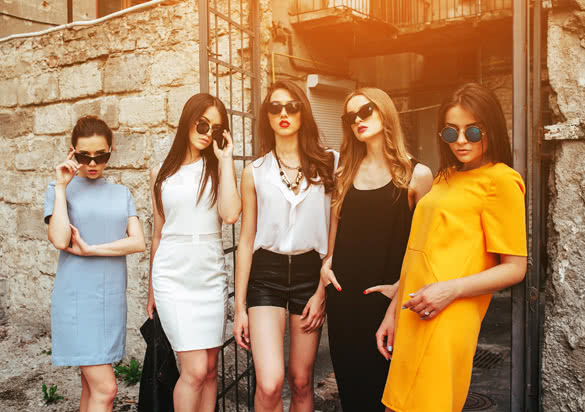 Women demand attention. From their high heels to their long beautiful hair to their painted nails, they draw attention from all directions.

Most women choose their outfits meticulously. They specifically choose eye-catching outfits because they want to look good, and they want men to notice them. Now ask yourself, why do men look at other women? They can’t help it!

Also, women have a little something called cleavage. Men don’t really have an equivalent to that. We can’t really give a preview of the goods, so to speak, the way ladies can.

All of our private areas are tucked away underneath our clothes. Women, on the other hand, can get away with showing off a lot of skin in public. That makes it much harder not to look.

Now let’s not be sexist here, many guys do plenty to draw attention to themselves too. Maybe you are guilty of exactly the same thing he does. Do you look at other men in public? It would only be natural if you did.

When men look at other women, it’s not something they plan out. Their eyes scan around, almost uncontrollably. As a man, it takes a lot of effort to avert your eyes from a beautiful woman and completely avoid looking at them.

We’re talking serious willpower here. If your boyfriend usually doesn’t drool over hotties when they walk by, then you ought to commend him for that. If he does cast a fleeting glance, obviously that’s commonplace no matter who it is he’s looking at.

Do you look at other women too?

Instead of asking why do men look at other women, ask yourself another question: do you ever find yourself staring at other women? My guess is the answer to that is yes. Maybe you look at their clothes, shoes, hairstyle, whatever it may be, but the fact is that they got your attention.

It may not be in the same way they get guys’ attention, but they caught your eye and got your full attention. Mission accomplished. Now if you were staring at the very same girl that you notice your boyfriend staring at, can you really blame him? What’s left at that point is, did he cross the line?

The difference between “a stare” and “a look” 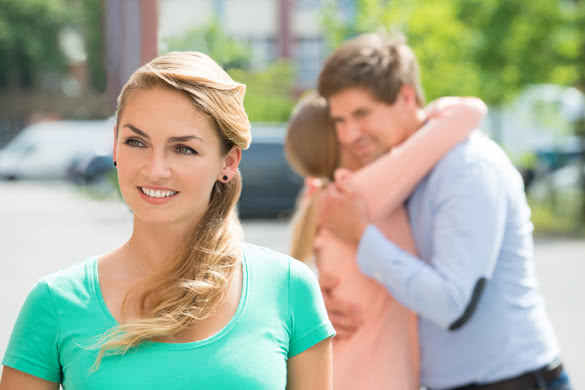 If he’s merely gawking at a cute girl, there’s probably no real threat there. I mean, he hasn’t made any kind of effort to establish contact or some kind of connection with them. But if he gave them “the look,” then that’s a whole other story.

By “the look” I mean you can tell he’s playing “the game.” In other words, he’s hoping to establish a mutual sexual attraction. If that’s the case, then that’s a very bad sign for you.

That’s the sign of a player. Don’t jump to conclusions based on that, though. Just because in a way he’s still playing the field doesn’t necessarily mean that he will cheat on you.

Why do men look at other women when they’re taken?

Old habits die hard. He might just be used to trying to gain eye contact with beautiful women. If he had an active dating life and was used to talking to multiple women at the same time and meeting women randomly in public, it might be difficult for him to abruptly stop behaving like that.

When he sees an attractive woman, his first reaction might be to switch to his game. For you as his partner, that is undoubtedly frustrating and difficult to ignore, but don’t condemn him yet. Time will tell what he’s made of.

Why do men look at other women when they’re intoxicated? Well, that question answers itself. If he gets a bit too friendly when he drinks, then the alcohol may be the problem, not him.

Having said that, it could be the complete opposite. You may have heard before that when people drink, the real “them” comes out. There may be some truth to that, and if there is concerning your boyfriend, then you might not be able to trust him when he’s had a few drinks.

You should gauge the severity of what he did before drawing any conclusions.

He feels it’s too early for a deep commitment 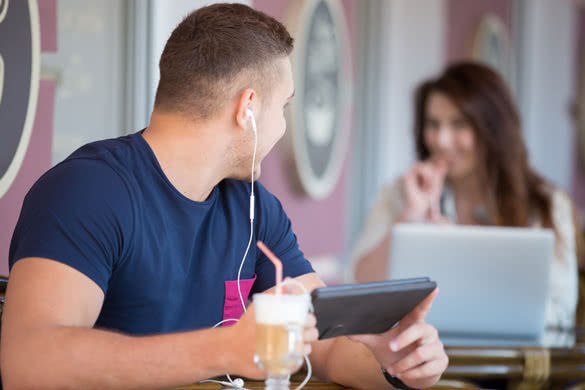 It could be that he’s not totally serious about you yet. Some people are very resistant to commitment when they first meet someone they really like. That could be because he feels he’s not ready for a relationship, or maybe he had a bad experience in the past and now trusts sparingly.

If that’s how he is, he definitely might become more serious at some point in the future. If he feels that he’s not really ready for a long term relationship at this point in time, that might be a foreshadowing.

If you’ve already been together a while, you ought to have a talk with him and let him know how you feel and what your expectations are. Clearing the air might do some good.

He could be doing it to make you jealous

Not all guys do this, but some do it big time. There are a number of things he might be thinking if he is indeed doing that. He might be trying to prove a point. Maybe he wants you to know that you don’t have his complete attention like that.

As if he feels like he needs to remind you that he’s not absolutely enamored by you. This could be out of insecurity. Maybe he thinks that you expect that and if he doesn’t play the part then you might view him as someone who is too desperate, too naïve, or someone who is inexperienced.

He might believe that in order to maintain your attraction he needs to constantly prove himself, and gaining attention from other girls might be part of his method.

He could be trying to punish you

If he saw you showing interest in another guy, it’s possible that he wants to get back at you for that. If he’s evening the score, he might just let you see him checking out other girls only once or twice and then stop, or he might do it on purpose all the time from now on.

There’s no reliable way to tell if he’s doing it on purpose or not other than coming out and asking him. If you do that, you will most likely make a fool of yourself though as he will probably deny the whole thing.

Some guys are shameless like that in terms of flirting with girls. In your situation, he isn’t quite flirting, but it could just be how he is around other girls.

If that’s the case, he probably thinks it’s okay for him to do that. And if he thinks that’s normal then that means you should be able to do it too if you want.

Whatever the reason may be that your boyfriend is checking out other girls, the important thing to take note of is how he behaved. If he was merely looking, it might be nothing to be concerned about at all.

If it appeared that he is trying to make some kind of advance right in front of you then you might have a real problem. Give it some time for the relationship to mature, and if he still continues to gawk at other girls, let him know that it’s an issue.

Or, if it bothers you too much to wait and see if he gradually stops over time, then have a talk with him immediately and let him know how you feel.

He Ghosted You And Came Back – Should You Forgive Him?
Man Reveals: How To Stop Fighting In A Relationship
Comment