Victoria
Add Comment
First dates can be daunting just thinking about them. A million things run through your mind. Going on a first date can be exciting, but at the same time there’s always the risk of a first date disaster. Here are some real zingers….

I managed to avoid a lot of first dates with guys I didn’t know over the years – mostly because all my ex-boyfriends and my now husband were people I knew before we started dating. However, in saying all of this I do recall one or two dating disasters that really put me off meeting up with strangers.

From guys who were so self-obsessed and up themselves to those who wanted to do freaky sex acts on the first night, I certainly had very bad nights. Needless to say, these did not make it past the first date; they were quickly discarded into the pile of non-dates and telephone numbers were quickly blocked as were Skype IDs.

Am I against bad first dates? Not really. Sometimes it’s better to have a bad first date than understand your new love interest is a total waste of space later on down the road. If you think about it, a bad first date can save you a lot of time and heartache in the future.

While I’ve had a few weirdos try to make it past the first date, that’s nothing compared to some of the horror date stories from other ladies. Some bad first date stories are so disturbing and just plain strange that you wouldn’t even wish them on your worst enemy.

Here’s the low down on some first dates gone wrong. All names have been changed to protect their privacy and dignity! 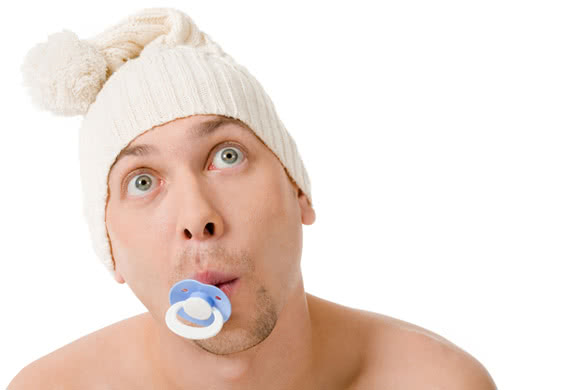 I met this guy online. He looked completely normal. We’d had a few online chats and then we skyped a few times. He was super hot and we shared the same interests. When he asked me out on a date to my favorite local Italian, I agreed. We met for a Martini at the bar next door and then headed for food. All was going well until we got our appetizers.

He started speaking in baby talk and put on a baby voice, “Would you like a wee drinky winky?” He kept speaking like that. When my steak arrived, he leaned over the table and started cutting it up for me. Naturally, I freaked out. I excused myself and went to the bathroom. The waitress who had been serving me stopped me on my way back. “That guy you’re with has just put a pacifier in front of your plate.” She told me I needed to do a runner. I agreed and I followed her out the back door of the kitchen. As soon as I got home I blocked him and deleted him from Skype. Worst date ever!

I’d been chatting with Jacob online for about a month. He was really cute, 25 years-old, had sandy brown hair, and gorgeous eyes. He’d just graduated from college and was an intern at a marketing company in Manhattan. After chatting for a month or so, we agreed to meet up for a coffee in a neutral area. I arrived first and I began daydreaming. I was imagining sitting next to this super cute guy with the same interests as me. After a while, a guy pulled up the chair next to me and said my name. I looked up smiling.

To my horror, a grossly overweight man was sitting in front of me. He was balding and at least 45. He ignored my shocked look and introduced himself as Jacob. He sat there talking my ear off for about 2 hours straight about Obamacare and how it had ruined him. I couldn’t get a word in edgeways and I had to politely excuse myself. My classmate from college was coming over to help me with a project. He tried to invite himself to my apartment to help. I declined and, as soon as I turned the corner, I ran all the way home. Needless to say, I cut all contact with him and blocked his number.

A friend of mine told me this guy in my drama class thought I was cute. I had never met him before, but I knew who she was talking about. He was cute, too. He wasn’t especially hot, but he looked nice and I was sick of dating players. The next time we were in the lecture hall together, I caught his eye. He smiled. I decided to bite the bullet and approach him.

He was really friendly and asked me if I wanted to grab a coffee before our next class. I agreed. He took me to his “favorite” coffee shop just off campus. It was quirky and attracted an alternative crowd. Instead of ordering coffee, he ordered for me without asking. Some weird smelling and tasting Asian tea arrived. I didn’t say anything and I just tried to drink it anyway. Out of nowhere, he asked me whether I had any Asian in me?

I thought it was weird but I replied with “No” anyway. He shrugged his shoulders and looked at his watch. He apologized that he had to go. I shrugged my shoulders and let him pay the bill. Exactly 10 minutes after we parted ways, I got a text from him. “Sorry, I’m looking for an Asian girl to date.” And that was it. We never saw each other again.

I was in college studying psychology. I had met this guy while playing ultimate Frisbee. He seemed normal. He told me he’d come out of a crap relationship, but he was attracted to me. I’d been single for about 6 months and was eager to get back into the dating scene. So, when he asked me out for drinks and dinner, I accepted graciously.

As soon as I mentioned that I was studying psych he immediately, without thinking twice, asked me to psychoanalyze him. I giggled nervously thinking it was a joke. He then asked me again. Still laughing nervously, I told him it was impossible to psychoanalyze him considering I didn’t even know him. He continued and wouldn’t stop. I listened to him rant about his ex-girlfriend who had scorned him. I refused to play the role of Freud and slowly sipped my wine. He continued to order me drink after drink even though I hadn’t finished my first one.

I told him I wanted to drink water, but he still insisted on me drinking the 4 full drinks before me. I didn’t. At the end of the dinner, he pulled out his phone and began calculating. He told me how much I owed him for my half including the 4 drinks I hadn’t wanted and didn’t even touch. He rang a few more times. I never answered. Finally, he got the hint and stopped bothering me. 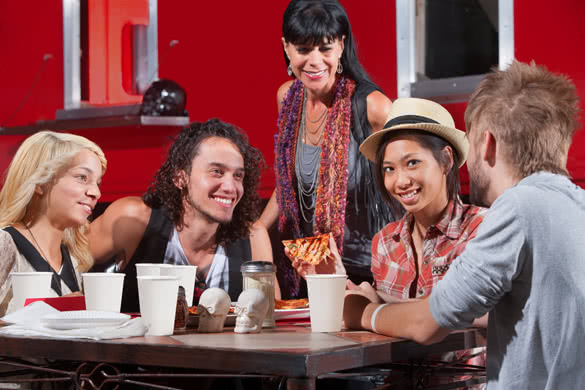 Ian and I were set up on a blind date by my best friend and her husband. “You’re a match made in heaven,” she goaded me. “You guys are perfect for each other,” he said. Finally, after a lot of arguing I gave in and decided to meet Ian after seeing a photo of him. He was an outdoorsy guy. He loved hiking. He’d hiked extensively throughout Europe. He wasn’t stereotypically handsome; he was more rugged. He was vegan and asked me if I minded going to a vegan restaurant. I told him I didn’t have a problem with it and I’m not fussy. I met him there.

He was sitting with 4 other people. These were his friends from Sweden. I thought it was really strange that he’d invited me on a date with other people, but I went with it. He introduced me to everyone and then just turned his back on me. He chatted with his friends and when I tried to join in, he held up his hand to shush me. I blushed and began playing with my phone to occupy myself.

He then turned around and told me that it was really rude to bring out a phone in the company of others. Again, I blushed and put my phone away. Thankfully, my friend rang and asked me how it was going. I made my excuse that there was a family emergency and left. He sent me a message the next day to tell me that he thought my behavior had been strange. I never replied.

Gary asked me on a date after two weeks of chatting online. We had met on match.com. He seemed to be great on paper. He was checking all the boxes and was really funny. We’d chatted a number of times on the phone and he was really keen on getting to know me better. He was a student and so was I, so money was a big issue.

We went to a cheap Chinese place that was centrally located and easy to get to. I met Garry and he gave me a peck on the cheek. He complimented me on my dress and asked what I wanted to drink. After looking up at the menu, I noticed that Gary’s nose was running. It wasn’t a little, it was a lot. Literally, it was streaming down his face. He ignored it and smiled. As he smiled it went onto his lips. Disgusted and embarrassed, I looked away and tried avoiding looking directly at him. I touched my nose to try and give him a subtle hint.

He just kept smiling at me.

The food came, but I had lost my appetite. As he tucked into his food, his nose continued dribbling and it was now landing in his food. He continued to eat and then stopped and looked at me concerned. “Do you not like your food?” He asked. I made an excuse that I had serious stomach cramps. I apologized and told him I needed to go. As I picked up my things he offered to take me home. I declined.

He tried to give me a kiss with his snot covered face. I pulled away. As soon as I was out of his sight I picked up the pace and hailed a cab. I was so relieved that I had been able to get out. It was truly disgusting. I haven’t eaten Chinese since.

These are just a few of the dating horror stories I’ve heard from friends. Dates go wrong all the time. The thing to remember is not to let these negative dating experiences put you off dating. There’s always going to be one bad date among many good dates. Just make sure that if you do go on a first date with a guy you don’t know well, have a backup plan; have your girlfriends on standby.

Do you have any horrible first date stories to share? Write to us and let us know!

Eye Contact Flirting: 8 Tricks to Getting Guys to Approach You
8 Reasons Why He Didn’t Text You Back
Comment