Carissa Moore
Add Comment
Breaking up is hard to do. Moving on is even harder. Here are a few reasons why it might be beneficial to do a little social media snooping on your old flame after a breakup.

We don’t want to admit it, but we’ve all been there—guilty of creeping on our ex-boyfriend’s social media accounts at least one time or another. Everyone tells you not to do it, but you go ahead and do it anyway. In fact, recent studies show that nine out of ten people have used social media as a means to keep an eye on their ex.

I understand the adverse reactions that people have to cyber snooping—it’s a total invasion of privacy to meddle where you don’t belong, and there are times where it can do more harm than good, but hear me out. ‘Checking in’ on that guy you used to date can be an unlikely source of reassurance to help cope with your relationship coming to an end.

I can say from personal experience that I have done my fair share of poking and prodding around online to see what my ghosts of boyfriends past have been up to in a world without me. I know, I know: it’s a shameful vice to have, but I own it. Lurking around on my ex has saved me a few times when I was tempted to call or text when I know I shouldn’t have.

I’m not condoning being a social media sleuth by any means, but as I said before, you’re likely to do it anyway. Of course, there are downsides to being a busybody, but there are times where it could actually be constructive to creep. Here are a few things you might come to realize after social media spying on your old flame.

1. You’ll see that he's happy…and you should be, too 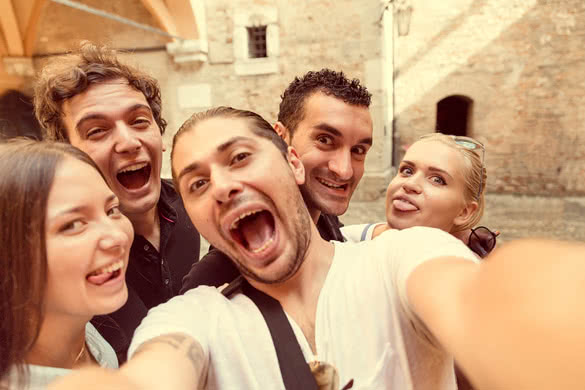 Look at him being free, without a care in the world—how dare he! Odds are, you might not notice any somber status updates about how much he's been missing you or how lost he is without you.

You will probably see that he is living life, going out, having fun, meeting new people and enjoying himself. Things are going well for him and he's not looking back. While, at first, this realization can be hurtful, it can also be helpful in the long run. He is happy (even if it's without you), and it's okay to be happy for him.

There's always a chance that you will see your ex has moved on to exciting new facets of life. Maybe it’s someone new. Maybe it's a new girlfriend. Maybe he's one of those annoying people who just got engaged. If it's been long enough, who knows—maybe he even has a wife and kids by now.

While the reality of the fact that he's settled down with someone new can be crushing, seeing him with her can provide you with the closure you need to finally move on, too.

Maybe he up and left his comfort zone all together and started a whole new life in South Carolina. Or Namibia. Or anywhere far, far away from you for that matter. It will take time to process but once you finally understand that things are over for good and he has moved on, you will be much better off.

3. You'll remember why you aren't still together 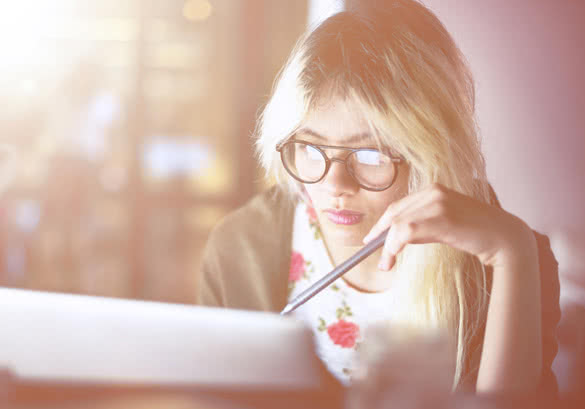 Sometimes after being away from someone for long enough, it can seem like you look back on everything through rose-colored glasses. It’s common to romanticize the past after a breakup, remembering things as far better than they actually were.

While you're busy reminiscing the good times, it's easy to forget the things about him that made you cringe. Sometimes doing a little social media stalking will serve as a friendly reminder that old habits die hard. Maybe he still hits on anything with a pulse, is still a pathological liar or still doesn’t have a real job and is sleeping on his friend's couch.

4. You'll realize that you've grown up

Seeing him again will remind you of how far you've come since your relationship ended. Some time has passed since you last saw or even talked to him. He doesn’t know you anymore, and you don’t really know him either.

You have gone through so much without him, and you have become a stronger person because of it. You aren't the same girl you were when you were together, and you might not even believe that you wasted so much time pining for him in the first place. Being older and wiser has its perks.

5. You’ll realize you don't miss him after all 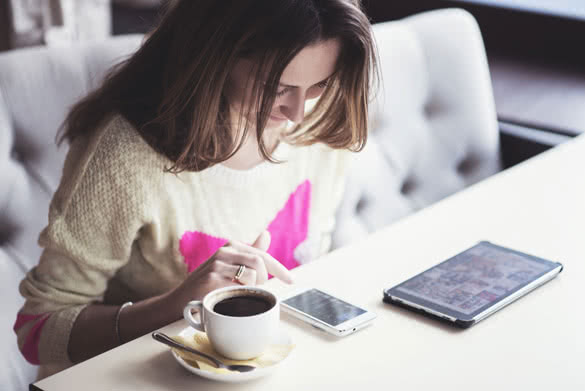 Sure, you two made some amazing memories together. You spent a good chunk of time with him. You have secrets and inside jokes that only the two of you will ever share. But in the long run, you don't miss him. You are doing just fine without him, and you can understand that the relationship you once shared was just a lesson learned.

In the grand scheme of things, there will come a day when you stop caring all together about what your ex is up to. The urge to keep tabs on him will fade away one day on its own because suddenly, you’re over it. Doing a little virtual detective work can help you put things into perspective, see the bigger picture, and help you realize that you don’t need a king to be a true queen.

Have you ever been guilty of using social media to creep on someone you used to date? Do you think it’s helpful or harmful to healing your post-breakup heart? Share your thoughts in the comments section below

Carissa is an avid cofee drinker, a dog lover, a mother, a fierce friend and I'm sarcastic to a fault. Writing is her happy place.

Falling In Love Through Social Media: What Not To Do
10 Qualities All Worthy Men Should Have
Comment