Victoria
3 Comments
Should you call him first or keep waiting for him to call? Are you too scared to pick up the phone? Here are 7 reasons why you need to make the first move.

It’s a catch-22 situation: You meet a great guy, go on a first date, and end the date well. He tells you that he wants to see you again. You keep staring at the phone – should you call him first or not? You can think of a few reasons why you should call him first. But you can also think of a hundred more reasons why you shouldn’t call him. Your biggest fear is that you come across as clingy – something you definitely do not want.

Ladies, it’s time to step up your game a little bit. The days of sitting desperately by the telephone and checking your messages a million times a day waiting for him to call are so passé. These days, it’s totally cool to take charge of things and make the first call; in fact, guys want it.

When you weigh everything up, there’re definitely more reasons to call him than sit around and wait.

Men won’t probably willingly admit this, but they absolutely love an assertive woman. They love women who know what they want. This is why you should call first – show him you’re not afraid to do so. Men find this really flattering and at the same time it shows him that you’re a strong woman and not a wishy-washy one. 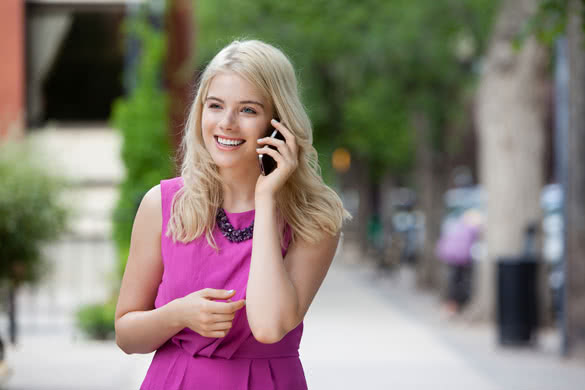 Men are like us – they follow rules. Sometimes they don’t call because they too don’t want to seem too eager. They want to keep their “cool” image, but deep down they do want to call. The end result is that no one calls and then of course it’s too late. Stop dilly-dallying about and break the ice yourself. This way you’ll relieve the pressure on both of you and you can continue where you left off.

This is clear and it should be obvious. However, you’ll be surprised to hear that many women actually ignore their feelings for fear of scaring off the guy. If you like him, what do you have to lose? Give him a call. If you think about it, it’s only been one date. So if he’s not into you, it doesn’t really matter too much. Instead of just waiting and wondering whether he likes you or not, give him a call and find out for yourself.

Sometimes we expect too much from guys. We expect him to be confident just because he’s male. But the chances are, if he really does like you and he’s shy, he’s not going to call immediately. He’ll think about things too much and he’ll tell himself it’s “too early.” Because of his uncertainty, you may be left hanging. What you need to do is be more certain about him. You’ll take the weight off his shoulders and, trust me, he’ll appreciate it.

In the past, this kind of behavior was unheard of. Women would always wait for the guy to make the first move. Thankfully, times have changed and we’re well past that era. These days, women ask men out, so what’s the problem with calling first as well? Forget about all that “being a lady” stuff – get over it and call! You’re a modern-day woman living in a modern day world, so show it.

#6 Does He Have Your Number? 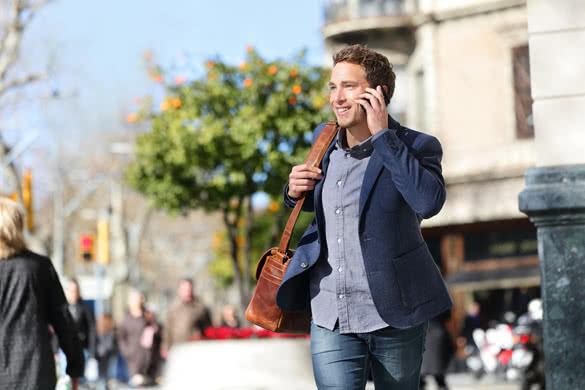 Yes, it may seem like one the oldest excuses out there and a bit of a cliché, but sometimes we have to give them the benefit of the doubt and, of course, it does happen. It could be that he didn’t save your number correctly or it could be that he simply lost that small slip of paper with your number and name scrawled on it. The thing is you never really know what’s true and what’s not, but not all men are liars.

If he did promise that he’d call you and a few days have gone by, why not just pick up the phone and call him for a quick catch-up? This way he’ll definitely have your number.

Men will often wonder if a woman feels the same way. He’ll wonder whether you like him or not. Perhaps you’ve already been on a date. Perhaps you did slip him your number on a beer coaster, but what does this mean? Does it mean anything?

Calling him shows that you like him. Therefore, it’s the same thing as giving him a compliment. When he hears your voice on the other end of the line, he’ll be reassured that you like him and therefore you’re rubbing his ego a little bit and paying him a compliment. If you show him that you’re interested, his confidence will shoot through the roof, which in turn will open him up to calling you more in the future.

Women are pre-conditioned to think that a man must always make the first move – they must make the first call. If you do discover that a guy gets upset about you giving him a call, it means that he has a few issues. If he behaves like that, he’s definitely not the right guy for you at all.

But remember one thing. Give him the benefit of the doubt. Go on, give him a call. It will relieve you from a lot of unnecessary stress.

What about you? Do you think women should make the first move too?

How to Be More Approachable: 11 Ways to Bring Him to You
Eye Contact Flirting: 8 Tricks to Getting Guys to Approach You
Comment