Does the thought of ex-wives and small children almost send you running for the hills? Don’t worry, here are 10 tips on dating a divorced man that will get you through those uncomfortable moments.

In this day and age, it isn’t at all unusual to find yourself dating a man who is divorced. With people getting married younger (have you ever watched “16 and Pregnant”?), people are also getting divorced younger. This leads to plenty of good-looking, eligible men on the market who have a past.

Of course, we all have a past. However, there’s often a stigma that comes with the word “divorce”. Many people, men and women, assume that when someone is divorced they made a lousy spouse. As a double divorcee, I can tell you that yes, there were times I made a lousy spouse, but there were times I was the perfect wife! I just married the wrong men.

Which leads me to my point.

Just because a man is divorced doesn’t mean he’s a bad man. My mother always says, “One man’s trash is another man’s treasure,” or, more delicately, just because he wasn’t right for one woman, doesn’t mean he isn’t perfect for you! 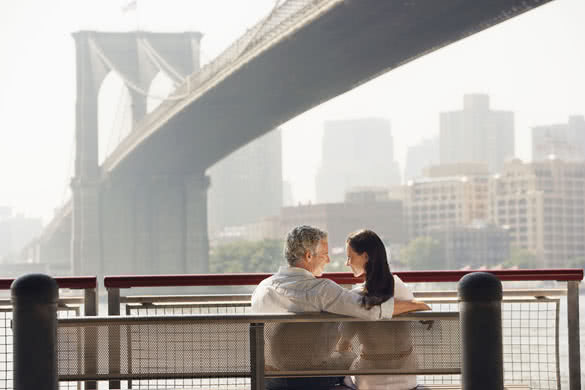 Don’t let the word “divorce” bother you. When visions of your date as the assh*le husband dance through your head, just remember that divorces are rarely any different than the break-up of any other really long relationship; they’re just more expensive.

You can’t imagine his ex-wife as the bitchy, nagging psychopath either. Remember, ladies, there are three sides to every story: His side, her side, and what really happened. Don’t judge their relationship; it isn’t yours and therefore, it really isn’t any of your business. You wouldn’t want him judging you based on your ex-boyfriend, would you? Probably not.

#2 Accept That He’s Been Through the Wringer

Divorced men usually have a different air about them than men who have never been married. These men are often more mature and less likely to play head games with you (which is exactly why you want to date him!). However, they also come with, I’ll say it again, a little extra baggage.

Divorced guys have gone through a lot. They’re not going to be the party boy you might be used to, and they’re not always likely to put up with women who need to know their every waking moment. Go easy on him.

#3 Go Slow into the Relationship

Speaking of going easy on him, you also need to move slowly in this relationship. If you’re dating a man who has been divorced, chances are he’s had his heart ripped out by someone he held dear. That usually means he’s not going to be in any rush to have it happen again.

If you’re looking for the kind of man who’s going to say “I love you” at first sight, you’re dating the wrong guy. Divorcees tend to take things slow, and with good reason.

This also means you can’t jump into a “relationship” with him. In other words no making room for his toothbrush or giving him his own drawer yet. This guy will need some time to adjust to the idea of a serious relationship.

#4 Don’t Talk Badly About His Ex 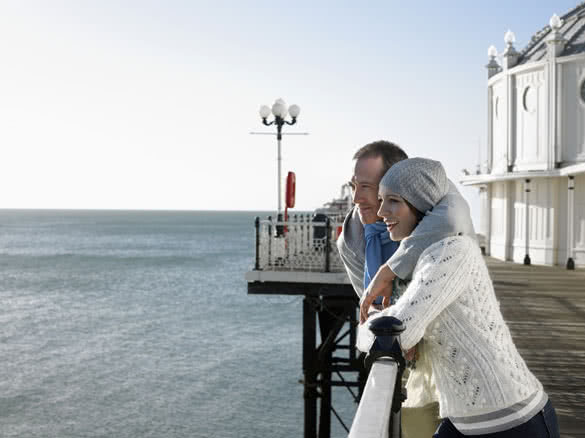 Maybe you’ve met your boyfriend’s ex-wife. Perhaps you were well-prepared for a few snide remarks or some dirty looks thrown your way. Good for you! On the other hand, did his ex throw you off kilter by being a complete psycho bitch? Were the live images of her personality even more terrifying than the ones you imagined? Did she make you want to strategically throw something across the room at her oversized head?

If so, you’re not alone. There are many women out there who find that the ex-wife isn’t always the cool and down-to-earth person they hoped she’d be.

No matter how you feel about his previous squeeze, you can’t let on. Now, I’m not saying to spare his feelings because he loved her once and blah blah blah….no. You’re not going to talk badly about his ex because you don’t want your relationship with him to be based on how much you both hate her!

So, aside from being the “bigger man” in the situation, and in spite of any feelings your guy might have towards his ex, you have to be cool so she isn’t interfering with your relationship (and yes, even unknowingly being talked about behind her back is a form of inadvertently interfering in your relationship).

#5 If He Has Kids, Don’t Meet Them Right Away

The best advice I can give you when dating a divorced dad is to wait a while before meeting his kids. Even if this guy wants to be with you for the rest of his life, his kids might not be ready for it.

Also, if you and his children get along too well too fast, and then you and this guy break up, it will be devastating for the children (it’s their parents’ divorce all over again). Don’t meet the kids right away; give the relationship with you and your guy time to bloom first.

#6 When You Meet His Kids, Be Prepared for the Worst

Most divorcees come with miniature versions of themselves. It’s cute when you think about it. Here are these little people with half your man’s DNA. It makes you want to squeeze them and go all doe-eyed, doesn’t it?

Well, don’t. Not yet anyway. His kids might look like him, but they’re still their own little people, and those people have feelings. Most of the time, it’s pent up hostility at their parents’ divorce. I can tell you that the kids are most willing to take out their pent up anger on you…the innocent new girlfriend who just happens to be proof that dad isn’t getting back together with mom.

Yeah, did you ever watch “The Parent Trap?” Don’t you remember how the twins acted towards dad’s new girlfriend (even though the new girlfriend was hideously rude and had a genuine dislike of kids…that’s not the point)? My point is, you will be the enemy for a good long while, so enjoy NOT meeting the kids for as long as possible.

#7 Don’t Try too Hard with His Family 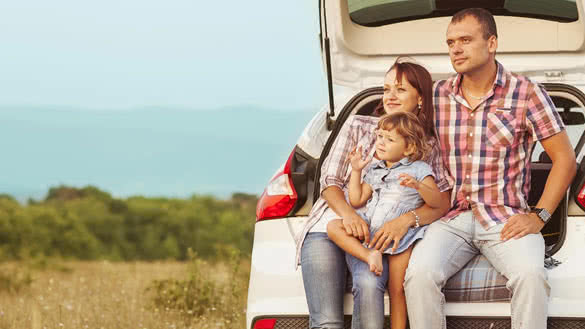 Speaking of kids, it’s important not to try too hard when you meet his children. There’s no need to bring toys and shower them with gifts and over attention. Kids smell fear. If you’re trying too hard, they’ll know you’re afraid that they will dislike you and ruin your chances with their father.

While your fears are recognized by every other woman in the world dating a divorced man, it’s still not a good idea to be overzealous when meeting his kids.

The same goes for anyone else in the family. If you meet his parents, his brothers or sisters, his best friend even…be calm and be yourself. You have no idea if these people liked his ex or couldn’t stand her, but you don’t want to be compared to her. Don’t overdo it.

#8 Stand Your Ground With His Ex

Now comes my favorite part. Let’s say you and your guy are getting along fantastically! Now, let’s assume his kids adore you and everything is going great. What’s there to fear now? His ex. It’s a rare thing indeed when an ex-wife can be nice to a new girlfriend. In fact, the better you get along with everyone else, the more likely the ex is to hate you for it.

There may come a point when you have to stand your ground. Perhaps his ex is trying to tell you who’s boss in HIS house, maybe she’s trying to talk badly about him, or butting into your relationship. While I did suggest you not talk badly about her to your guy, I never said you couldn’t give this woman a piece of your mind!

If you have any reason at all to defend yourself and your position in his life (or to guard yourself against snide comments such as, “Oh, his last girlfriend was much thinner and younger than you”), do it. Don’t be afraid to tell this woman your relationship is none of her business and to tell her to mind what she says. Playing nice isn’t always easy, and sometimes it isn’t the right thing to do, either.

#9 His Schedule May Change, be Ready

One of the things you have to understand about dating a divorced man is that his schedule might change at a moment’s notice. You could be sitting in the middle of a five-star restaurant, sipping wine and eating escargot, when he gets a call from his ex that one of the kids is sick and he needs to babysit the others so she can take the kid to the emergency room.

Or, it could be a rescheduled football game night and he has to cancel your date so he can go see his son’s game.

Whatever the reason, you ought to know that divorced guys have a lot of schedule changes. You have to be prepared for instant changes of plan. 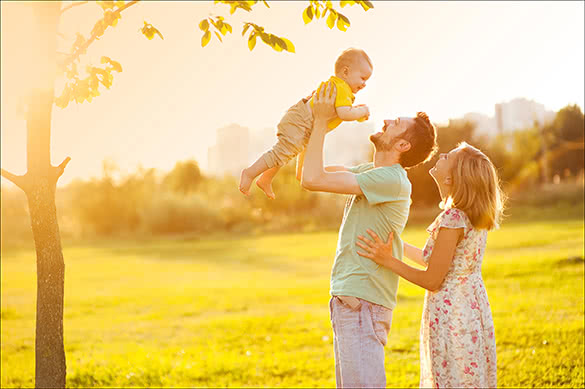 Any good parent will put their kids first. If your guy is a good parent, his children will always come before you. In fact, you should appreciate him MORE because he puts his children first; it shows you what kind of man he really is.

Don’t be upset that you’ll never be number one in his life. It’s just a fact. Be happy that you’re dating the kind of man who is still a man and knows how to take care of his kids. Be thrilled you get to experience those moments with the kids with him.

Dating a divorced man can be somewhat frightening if you’ve never been divorced. The idea of a ready-made family isn’t always an easy idea to wrap your head around. But there are things a divorced man will give you that any other man won’t.

Divorced men understand all your womanly moods (he’s been married, he’s seen them all), he’ll be respectful of your need for personal space (after all, he probably needs space, too), and he’s going to be much more emotionally mature than the rest of the guys out there.

Divorced men make better husbands, they are often excellent lovers (one of the benefits of having a wife who trained them already), and they’re actually good men with good hearts. They don’t want to play games with you and you will find that you have a lot of respect for the divorced guy you’re dating.

These 10 tips on dating a divorced man will help you through those first few months, and help you deal with the ex-wife and settle in with the kids. Ultimately, you have to decide if he’s worth it. So tell us, is he worth it?