Maine Belonio
2 Comments
Most women are naturally attracted to the hot, sexy, tall guys that look like models. But, nerdy guys can be sexy too! Check out why dating a nerd is awesome!

Bad boys possess that irresistible charm most girls just can't seem to resist and, for many women, so does nerds! You may just have to look closer to see why they make the best boyfriends in the world.

Most of us won't give nerd dating a chance because we're so busy waiting for bad boys to notice us. While there's nothing wrong with that, it takes your eyes off from guys who may be worth all your time and affection a.k.a. the nerdy guy.

Yes, his wardrobe generally doesn't meet your sartorial choices and his eyeglasses may be too thick and shinier than you can handle but before you say “No”, take a look at all the right reasons you should be dating a nerd. Yes, you can thank us later! 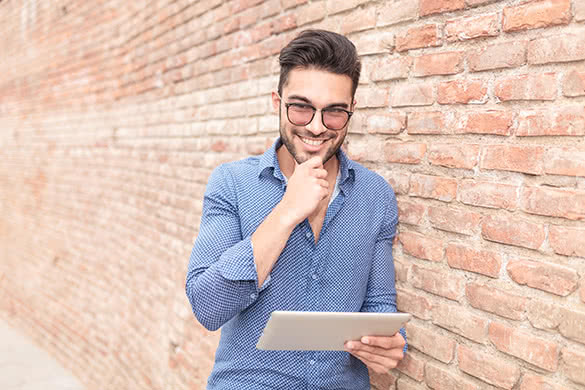 Nerds have that innate desire for discovering why things work the way they do. Their deep level of curiosity for everything leads to them exploring stuff over and over.

You may be wondering how does that benefit you. Well, this means that they'll exert every effort to make you a happy girlfriend…and they'll work their ass off in turning you into an insanely satisfied girlfriend in bed.

2) They know how to fix stuff

Got a problem with your computer? Can't answer a difficult question in your Trigonometry class? Have issues with your car? When you're dating a nerd, you don't have to sweat the small stuff.

Since nerds spent their childhood learning nerdy stuff, being curious about everything under the sun, and testing just about anything to solve a problem at hand, they undoubtedly have an answer to your pressing issues in life.

If they don't, you can expect that they'll figure it out one way or another. We think this is one of the coolest reasons to date a nerd and we know you'd agree!

Most of us ladies were born without a sporty bone in our bodies so it's only expected that sports would be the least of the things we'd fancy.

The good thing about this is this isn't going to be a bad thing when you're dating a nerd. Since most of them aren't into sports (especially the extreme ones), you don't have to pretend that you're into it.

You don't have to play their cheerleader when they're out in the sun playing their basketball because they only play basketball on the computer, leading us to the next point.

4) Staying in is their thing 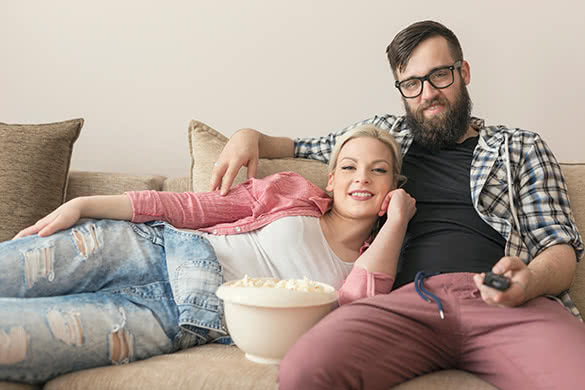 If your best weekend is about staying indoors and watching your favorite movie with the one you love while eating Chinese takeout, then nerd dating is for you.

Nerds rarely have the stamina to go clubbing or spend time outdoors unless they'll be going to Comic Con to meet the cast of Star Wars.

They know how to be social, yes, but they'd rather avoid going out to attend social gatherings because most of them are homebodies. And by that, we mean staying close to their home which is you.

5) Superficiality is not in their vocabulary

We know you are horrified about gaining a pound or two and that you would not dare wear sweatpants when your boyfriend is in your crib and is staying the night.

But when you're with a nerd, these things should be the least of your worries. Why? Because he doesn't really care.

For him, you're beautiful whether you're in lingerie or sweatpants (especially if it has a Star Wars logo or anything Star Wars-related design on it). So don't fret, girl.

A nerd won't ever look at you as most bad boys would. This is one of the most compelling reasons you should date a nerd. Just be yourself and focus on doing everything you can to make him enjoy the sleepover.

We're not saying bad boys are but almost all the time, you'd find that nerds are the gentleman type. When you're with them, you'd realize that chivalry ain't dead.

They'd open doors for you. They'd let you wear their coat when you're feeling cold. If you're still under some kind of a curfew, they'd bring you home on time not because he wants your parents to be impressed but because he genuinely cares for your safety like your parents do.

You don't have to worry about being manipulated and getting your heart played as nerds know how to respect the boundaries you've set. This is another reason you should fall in love with a nerd. We know, right? It's like winning the lottery!

7) They don't exist to impress anyone 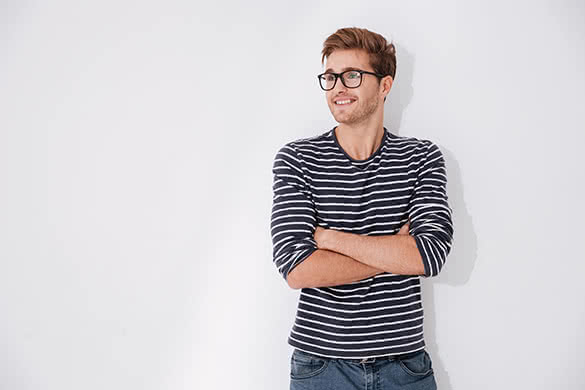 Like any other type of guy, nerds have great qualities, too that make them special. What makes them lovable though is the fact that they don't feel the need to prove that to anyone.

While they also work to maintain a good reputation, they don't beat themselves up too much for mistakes they've committed. More importantly, they don't kill themselves to gain anyone's approval.

They just do whatever they have to do without obsessing over what people around will say. That's just how life is for them and this is just another great reason you should date a nerd.

Nerds, in general, have spent their lives being criticized and judged for their personal choices; from the style of their eyeglasses to the kind of shoes they wear.

And because they've been judged unfairly their whole lives, they know the feeling when people around just won't give you a chance.

So when you're dating a nerd, expect no judgment for the clothes you wear and your inability to get a perfect score in any Math exam. He definitely understands the feeling and he'll be there to boost your morale.

Having a nerd for a boyfriend is best when you're feeling down. He'll listen, give you a hug, buy you an XL coffee, and make you feel you're not alone.

This is because they've felt down themselves for a while due to the way people around have treated them.

They've mastered the art of making themselves feel better when no one else would bother and for sure, they'd not think twice of doing the same for you. This makes dating a nerd so worth it, would you agree? 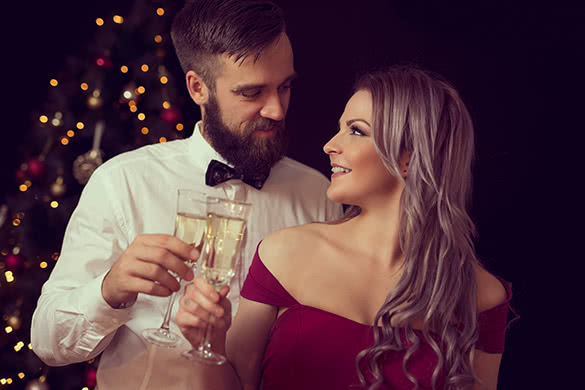 It's natural for us women to expect our boyfriends to make an effort for romance. Unfortunately, some of them are totally clueless about the need to it.

The worst part is some just don't have any romantic cell in their body. But don't lose hope for this changes when you date a nerd. Since nerds possess a soft side, they know how women would like for their feet to be lifted off the ground from time to time.

They know we not only crave chocolates and roses but cuddles, too. Thus, it's safe to say that when you're with a nerd, melt-worthy gestures and sparks in the bedroom are to be expected. Didn't this truth just make nerd dating worth a try?

Dating a nerd: It's hot and it's worth it

Nerds possess an understated kind of hotness about them. You just have to take a closer look and be patient while doing so for you may not notice it right away.

Now that you've learned about ten of the most obvious reasons dating a nerd makes sense, we trust that you'll give nerd dating a chance. If so, the best of luck to you!

Have you ever dated or are you dating a nerd currently? What is/was the experience like? Tell us in the comments!