David Paulson
Add Comment
You’ve been out on several dates and things are going well, but you’re still not sure if he’s as serious about you. Read on for the inside scoop from our brutally honest male contributor!

It’s an exciting time when you first meet someone you really like. You try to stop yourself from envisioning a white picket fence years from now—at least until you get to know the real them.

Although the possibility of that is exciting, you should never let yourself put anyone in that category until you know they’re truly serious about you. Even if your new partner straight up says that they’re serious about you, that may not necessarily be true.

First of all, you need to make it clear to yourself what you want out of the relationship and what it means to be serious. Then, you’ll be able to better understand what your own expectations currently are without finding out the hard way.

Here are a few clear signs he is really into you, applicable to everyone.

He’s stopped talking to other girls 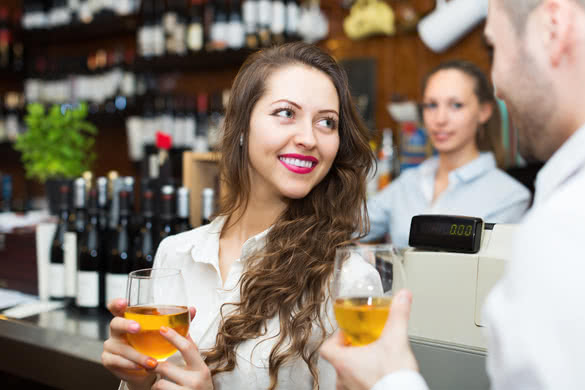 It’s normal for him to stay in touch with female friends (like actual friends), but if they’re texting daily, it could be more than a friend. If you see him using his phone, often talking to girls, he’s probably holding on to other options—at least for the time being.

That doesn’t rule him out by any means for the future, but at this stage, he might not feel the need to let all the others go yet. That’s a really big step for some people.

Note: If you yourself are still texting other guys, then he will think you’re not serious. If you like him that much, stop replying to all of the guys who are texting you except for genuine friends.

You can explain to him who each guy you continue to text is by coming up with some kind of story that demonstrates your friendship as being harmless. Needless to say, if you take this move for granted, you’ll lose his trust.

Look at the way he looks at other girls

Obviously it’s a two-way street on this one, but if you can tell that he makes an effort not to look at other girls, that’s great. Guys have trouble controlling their eyes. It takes a lot of will power not to look at a beautiful woman walking by.

If he does check out other girls, that’s normal, but how far he takes it is what matters. A few quick glances are harmless, but if you can tell that he wants to make eye contact with her, that’s not good.

If he does that, mention it politely and let him know it makes you feel uncomfortable. That could be a turning point for him. If he keeps doing it after that talk, well, good luck keeping his undivided attention for the years to come.

He is/was in no hurry to have sex

A guy who cares about building something meaningful with you will understand that he should be patient. He might make the move, but if you don’t go for it, he will get the point that you need some more time and he’ll back off for a while. If he seems angry about you not obliging his advances, that’s probably not a good sign.

If you turn a guy down and he realizes that he has to wait for an undetermined amount of time in order to have sex with you and he gets pissed off, it’s probably because he feels like you’re wasting his time.

If he’s totally fine with just spending time with you without knowing that you’re not ready to make it sexual yet, he’s probably a good guy who’s in it for the long haul.

He is generally interested in what your future plans are 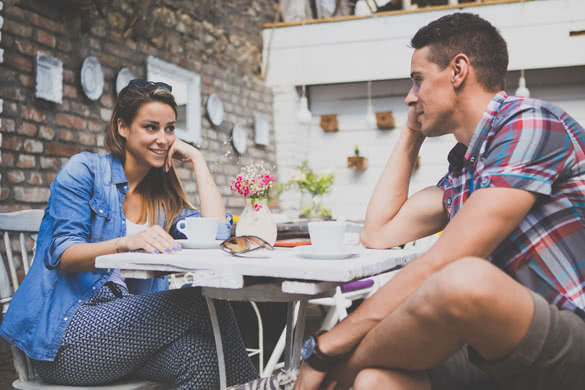 He should be asking about your plans for the future, and especially if there is an option you’re considering that involves moving somewhere else. He should want to know how likely that is. If he doesn’t ask you a million questions about your plans, that doesn’t necessarily mean he’s not serious. He shouldn’t not care is the point.

He makes the extra effort to make you happy

If he doesn’t go the extra mile when you thought he might, that doesn’t mean a whole lot. However, if he does really put some effort into making your evenings together special, that means he thought about it a lot, and making you happy is important to him. Flowers, candles, gifts—those are classic examples.

He shares personal things with you

If he’s wants to tell you about a cherished childhood memory, or something his grandfather told him for example, that’s a great sign. He wants to share the details of his life with you because he wants you to get to know him better.

He’s willing to meet your folks

He should have no quarrels with meeting your parents, relatives or even friends. Maybe not after the second date, but he should generally have a positive attitude when it comes to meeting people who are close to you.

He really trusts you 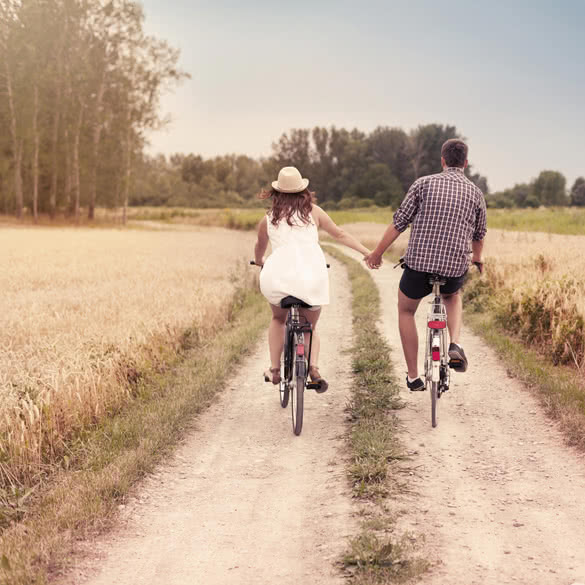 If the trust isn’t there, how can he be serious about having a future with you? If he seems like a jealous guy, he may have some trust issues left over from a previous relationship. He should feel like you’d never betray his trust. That’s really important for him to decide whether or not he’s ready to commit.

He wants to be with you all the time

When it comes to figuring out how to tell if a guy likes you, these are some of the signs he is really into you. Look out for them when trying to determine if a guy is serious about you. If you spot several of them, there’s a good chance you’re on your way to a successful relationship!

10 Things Successful Couples Do Differently
Communicating With A Man: What Works And What Doesn’t?
Comment