Angie B.
Add Comment
You love your boyfriend, and his friendships were a priority in his life before your relationship began. Here’s how to get along with these important people in his life.

When it comes to you being the new girlfriend, you want to be able to be friendly enough with his friends so that you too can value his friendships without overstepping your bounds. Here’s how to create good relationships with your boyfriend’s closest mates.

1. Get to really know them 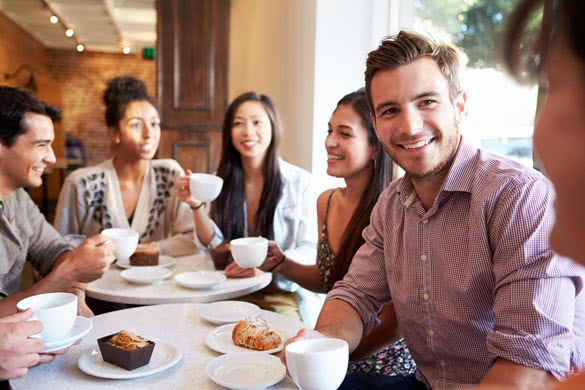 Before you dismiss them as a crowd of guys you could care less about getting know, really try to learn more about who they are. It’s easier to keep your distance and not make the effort, but it’s not as beneficial.

When you go out with your boyfriend and his friends make a point of asking questions about his friends, socializing and most importantly having fun with them. He’ll love you even more for it, and you’ll feel better about his guys’ nights out.

2. Don’t get too close, though

When it comes to your boyfriend’s friends, a healthy distance would be in the realm of being able to have friendly conversations when you’re all out together and knowing them as only your boyfriend’s buddies.

There’s no reason you and one of his friends should be texting or speaking to each other unless you’re trying to plan a surprise for him. You want to be close, but not too close because that can be dangerous. If you and your boyfriend were to ever break up, keeping contact with his friends would be grounds for a lot of trouble.

3. Include them without your boyfriend having to ask 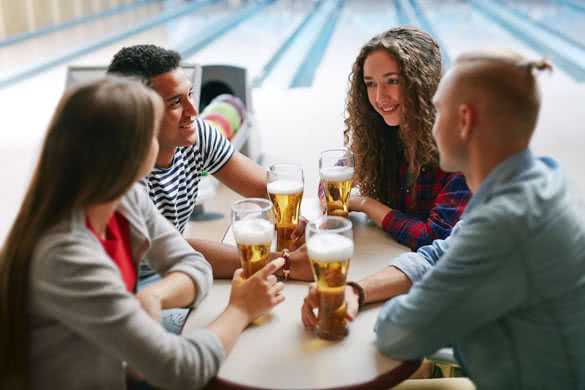 If you want to be the girlfriend who enjoys her boyfriend’s friends’ company, then include them on your own. If you and your guy are headed out to the movies or a round of couples’ golf, ask him if they would like to join.

4. Become friends with their girlfriends

A good way to make an effort to get to know your boyfriend’s friends is to get to know their girlfriends. That way, you’ll develop a group of friends together that will allow you all to go on group trips or outings without things being awkward or you clinging to him the whole time while out with his buddies.

If you love classic movies and so does one of your boyfriend’s friends, talk to them about it. It will be a great way to build a friendship without it having to revolve solely on your boyfriend.

Guys don’t generally want to sit around and talk relationships, especially with their buddy’s girlfriend, so if you can manage to find shared interests with them and talk about that instead, they’ll grow to like you for who you are, instead of just because they’re respectful of their friend’s relationship.

6. Avoid getting anxious about guys’ night 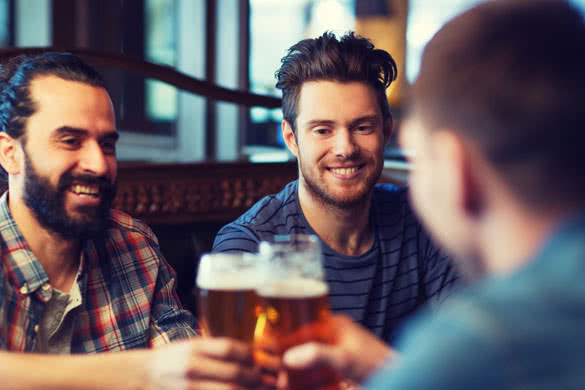 Some women have a hard time when their boyfriends go out for guys’ night, but you don’t want to be that woman. After all, you trust your boyfriend and you know that he loves you. Since you’ve got to know and even like his friends, you can trust that they won’t be getting up to no good. Encourage him to have a guys’ night with his friends every so often so that he can have free time with them without you.

7. Don’t bring them into your relationship drama

When the two of you have a fight, which is inevitable in relationships, make sure you don’t bring them into it or try to have them pick sides. They will always choose his side when talking to you and they will resent you for trying to get them on your side. If he is in the wrong, they will tell him in private.

It’s important to remember that even if you feel like you’ve become great friends with his buddies, they are and always will be his friends first and foremost. They want to see their friend happy, and when it comes down to it, if you’re stealing his happiness, they’ll be vocal about it.

These are just a few good tips to managing and maintaining a good relationship with your boyfriend’s friends. If you want the relationship to last, it’s important to make sure that you can at least accept his friends because if you don’t, it could bring up problems later in the relationship. What have you done to become friends with your guy’s buddies?

Finding Mister Right: Top 10 Qualities To Look For In A Man
You’ve Got The Guy? Here’s How To Keep Him
Comment