Cassandra Guerrier
Add Comment
Playing Pokémon Go helped me realize that finding potential dates with similar interests isn’t as hard as it seems. Here’s how I used the game to play the field.

If you're like me, playing the dating game leaves a bittersweet taste in your mouth. I'm in my mid-twenties, and yet nothing has prepared me for the awkwardness and disappointment of biting the bullet when you connect with someone and finally make plans to meet, only for your date to feel like a blooper reel for Catfish.

Building a genuine relationship in 2016, whether it starts online or at your local coffee shop, is akin to searching for the holy grail. Even though dating apps like Tinder and OKCupid are supposed to make finding that special someone easier, they don't exactly erase the pressure that comes with putting yourself out there in the hopes that he isn’t a chronic ghoster or commitment-phobe. Although I’ve been single for a long time, the idea of swiping to meet the next eligible bachelor strictly based on the superficial doesn’t sound promising.

Although I’ve been single for a long time, the idea of swiping to meet the next eligible bachelor strictly based on the superficial doesn’t sound promising. 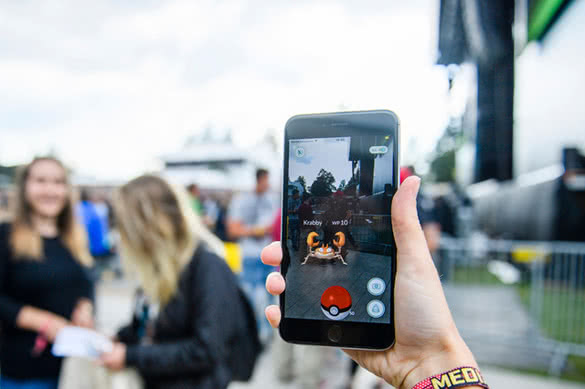 Here’s where Pokémon Go comes in. The main goal of the game is to go out, socialize and catch as many pokémon as you can. As a fan who watched the show and played all of the generations on Game Boy/Game Boy Color, missing out on this was not an option.

When I first started playing, I was amazed at how surprisingly simple it was to meet people. It makes perfect sense why it’s become even more popular than Tinder; who could resist the chance to form friendships (or relationships) with people you already know you have a lot in common with?

If you really think about it, using a lure at a PokéStop is like skipping the awkward introductions/prerequisite back-and-forth messaging and heading straight for the first date. You already know you both like the franchise, which makes him a keeper. So, I decided to grab my phone and see just how effective this app would be in helping me find ‘The One.’

I used it as the perfect icebreaker

After creating my account, I realized that the best way to interact with people is by participating in different events such as gym battles, joining a team and hunting pokémon.

The game restricts you from accessing gym areas until you reach level 5, which makes any level above that perfect for potentially ‘catching’ a date. For the first two—three days of my dating experiment, I split my time between meeting up with friends to build up my pokémon database, restocking my supplies at different PokéStops around the city and trying to level up. 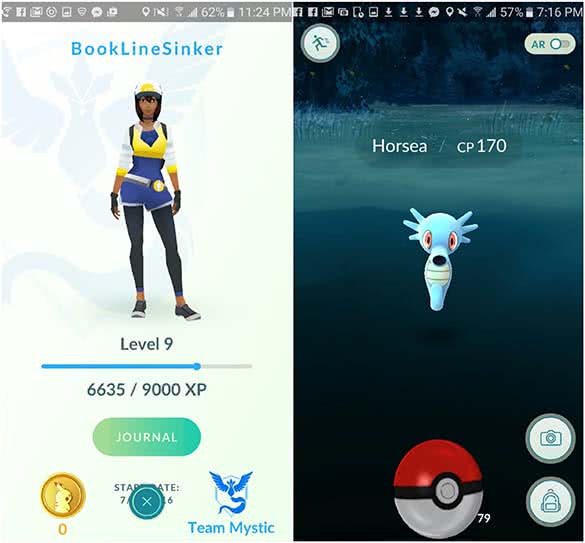 On a ferry ride around the Manhattan Pier, I decided to try my hand at catching water type pokémon. I’d had my eye on Horsea and Staryu for a while but could never seem to find or grab them before they ran away.

That’s when I noticed an attractive guy around my age who was also playing the game. From what I could see, he had no problem finding them and more. I'd be lying if I said I wasn't intimidated, not to mention terrified, to walk up to him and strike up a conversation. Before I lost my nerve, I took a deep breath and asked him to share his secrets with me.

Not only was he incredibly friendly, but we ended up having a really in–depth discussion about our love for the show. It didn’t take us long to exchange numbers and make plans to meet again.

I hit up different PokéStops to cast a wider dating net 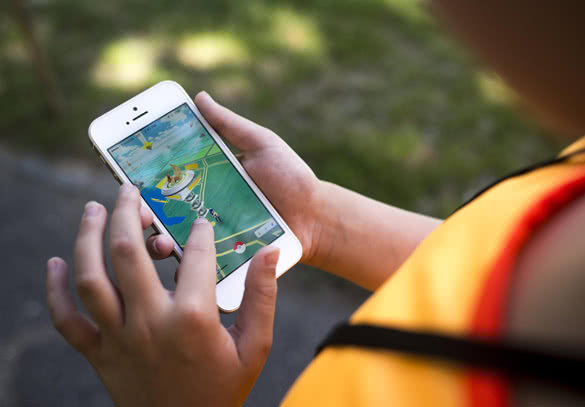 You have a better chance of meeting people at a stop if a lure has been activated. My best friends recently invited me to a Mets game at Citi Field where lures would be available at different stops around the ballpark, which gave me the perfect chance to socialize with different guys from and outside of the city. 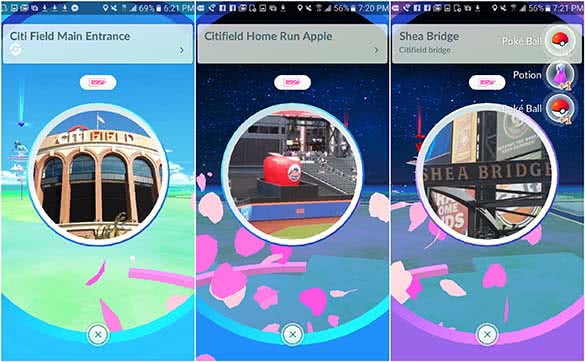 While my friends were waiting on the crowded Shake Shack line, I broke away to chat with a cute French tourist whom I had spotted earlier. We excitedly talked about what starter we chose, the disgusting weather (it was over 90 degrees in NYC) and our summer plans as we waited for pokémon to show up. 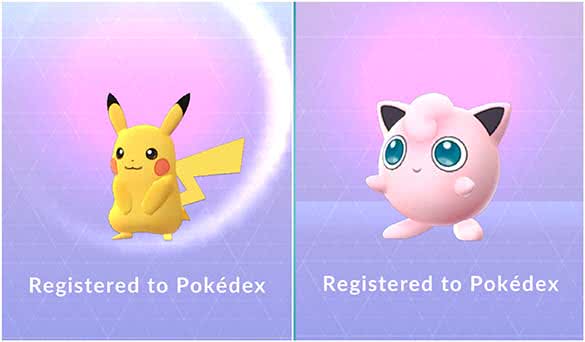 Together, we caught Pikachu and Jigglypuff. While our conversation only lasted about ten minutes and didn’t go in the romantic direction I was hoping for, I was pleasantly surprised at just how open people are when you share common interests. So, I still count that as a win. 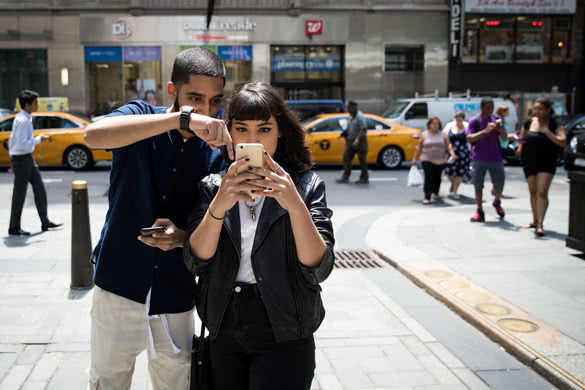 After having a really bad morning, I needed an excuse to let off steam. Ever since I was in high school, the Brooklyn Heights Promenade has always been a place where I could take a break from everything, sit for a while and just think. Phone in hand, I spent almost two hours just taking in the Manhattan skyline and Brooklyn Bridge while occasionally clicking on the app.

I was deep in my thoughts when someone approached me and asked if I played. Because I was alone, I kept my friend on speed dial as a precaution before answering him. He told me he was a newbie and wasn't sure what water or earth types were in the area. After my initial paranoia wore off, we sat on a bench together and ending up talking for over an hour.

Surprisingly, most of it revolved around everything but the game! We argued about which Avengers movie was the best, whether the Star Trek or Star Wars reboots were good and why he decided to move to New York (he used to live in Canada but was born in Nigeria). Out of all of the people I’ve met via this gaming app, I had the strongest connection with him. In a move that surprised even me, we currently have standing plans to head back to the promenade for a proper date next week.

Using this app has drastically changed my approach to dating. I love the idea of being able to meet face-to-face without all of the shyness that comes with planning a date. As long as you play it safely and always have a friend nearby, connecting with other players on a more romantic level really isn’t as farfetched as it sounds. Playing Pokemon Go has given me the confidence not only to make the first move but also to keep an open mind when it comes to finding the right catch.

I Miss My Ex Boyfriend: Here’s Why It’s Not A Bad Thing
7 Signs He Is Micro-Cheating On You
Comment