Trina
13 Comments
Are you a chronic complainer? Do you find yourself doing more nagging than complimenting? Is your significant other less impressed with your recent attitude? Here are six ways complaining destroys your relationship, and why you should just relax a little.

I’ll admit, I complain… sometimes I complain a little more often than others. In fact, when I think about it, there are times when I’ve been a serious nag in my relationships and have forgotten how to relax.

If you’re like I used to be, then let me tell you a little secret: Complaining will destroy your relationship. That’s right: Your constant complaining will eventually drive him away from you. Relationships are hard enough without the added stress, so here are six reasons why you should stop complaining and start complimenting instead.

The first and most obvious reason that you should stop complaining is that it’s annoying. That’s right: You’re not cute when you’re bitching about everything your guy does. Even if it’s not about your guy and you’re just a chronic complainer (work, your BFF, afternoon traffic, etc.), take my word for it, it’s not cute. You’re not going to impress anybody with your attitude.

#2 You Become A Negative Person 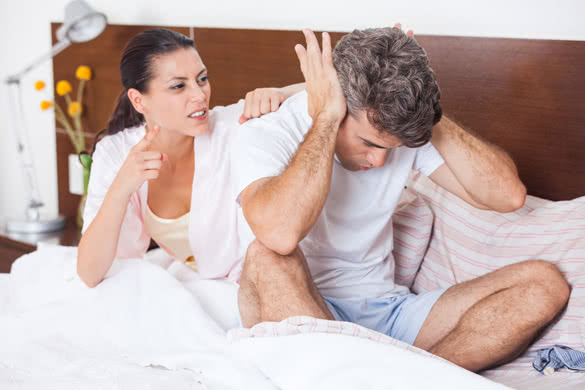 Aside from being annoying, constant complaining actually turns you into a negative person all around. Have you ever heard of the law of attraction? Whenever you complain too much, you actually just bring in more negativity in your life. In return, you complain more. It’s a vicious cycle, really.

But the point is nobody wants to be around a person who brings them down. That kind of negativity is too much for just about anybody to handle. My suggestion instead would be to stop complaining, appreciate what you have, and then watch and see how many good things come your way.

#3 Your Partner Begins To Feel Unworthy

Another problem with constant complaining is that it makes your partner feel unworthy. That’s right, instead of making your man feel good, you’re making him feel broken and depressed. Think about it, if you’re guy was constantly complaining about every little thing, no matter how cheerful you were and how much you tried to cheer him up, wouldn’t you feel a little let down? It would be a blow to the ego not being able to make your lover happy.

If you’re a constant complainer you are dragging your guy down, and he’s going to feel the emotional brunt of it. It’s hard on a person to always hear negativity.

#4 You Miss Out On Other (Good) Things

Constant complaining is the emotional equivalent of negative reinforcement. Instead of seeing all the good things in your life or your love, you’re just focusing on the bad things. First of all, that’s very harmful to your relationship. You can’t expect anyone to feel at ease being around someone who only sees the bad in every situation, or who constantly complains about them as a person or their habits. You’re missing out on all the good things.

If you’re constantly complaining about your guy, for example, then he’s going to think you don’t actually love him and you’re really unhappy with him. Even if he’s the right guy for you and he does make you happy, any woman who constantly complains will have such a negative effect on her partner that he’ll think you no longer see the good in him (or anything else), and that will definitely have a bad impact on your relationship. 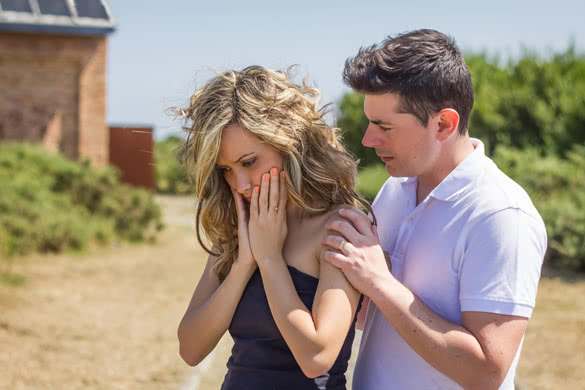 Also, it’s exhausting being around somebody who constantly complains. Have you ever tried to please someone who just refuses to be satisfied? I can tell you, it isn’t easy.

Let me give you an example. As a barista, I had this one customer who always complained about his cappuccino. If I put it in a mug, he wanted a to go cup. If I put it in a to go cup, he wanted a mug. If I asked him and he told me, then no matter what temperature I made it, it was too hot or cold, or too foamy…get my picture? He was never happy with his drink. Eventually, I became a little ruder to him whenever he placed an order, until finally I just stopped smiling and being interactive with him at all.

Did I mention he exhausted me emotionally?

Yeah, if you’re around someone who never has anything nice and pleasant to say, or who constantly complains about everything, then you’re going to be emotionally exhausted.

Now, let’s say that you’re constantly complaining about your lover. Imagine how he feels if you never have anything nice to say about him? Emotionally exhausted is an understatement.

#6 Your Partner Stops Listening To You

Complaining ultimately destroys your relationship because your partner stops listening to you. That’s right, if all you’re going to do is complain, then he’s going to find a way to tune you out and ignore you.

Have you ever heard the story of the boy who cried wolf? Well, the same thing will happen in your relationship. If you’re always complaining about something, your partner will not take you seriously when there is something actually wrong and something that’s worth complaining about.

Complaining has a negative effect on everybody around you. If you’re in an office setting, constant complaining turns your work place into a place of discomfort and people will not want to be around you, which is bad enough in itself.

However, if you’re a constant complainer in your romantic relationship, then you’ll likely soon see that your guy can easily get to the point where he’s fed up and wants to be with someone a little less dramatic and a lot more laid back.

There are things you can do, of course. Instead of complaining to your guy, complain it all out to yourself in the car ride home from work, or, keep a journal that you can write out all these thoughts. Most importantly, change your habit from complaining about the bad things in your life and relationship, to saying positive things about your day. You’ll see the difference! So tell us, are you a chronic complainer?

Biggest Turn Offs for Guys: 10 Things You Might Be Doing
10 Signs Of Incompatibility In A Relationship
Comment