Trina
12 Comments
Why is he ignoring me and why has he changed? Does this question sound familiar? Are you puzzled by his distant behavior? Here are ten possible reasons he’s ignoring you.

It can be difficult to tell what makes a person act the way they do. Why there are sudden changes in behavior without a clearly identifiable cause. This is especially hard when it comes from your boyfriend.

Your man is supposed to be your rock, he’s the one person who really “gets” you, who you love and adore even when he’s being kind of a jerk. You’ve had disagreements, you’ve had arguments, and you’ve gotten over them, of course.

Now, however, something’s different. He’s ignoring you, and you can help but ask the question: “Why is he ignoring me?” Well, it happens that way sometimes.

Before you immediately imagine the worst possible scenario, here are some of the most common reasons your guy could be giving you the cold shoulder.

1. He needs to breathe 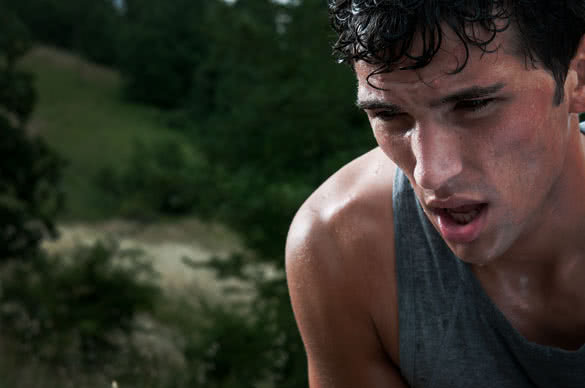 Everyone needs a little breathing room sometimes. Do you and your man spend every waking moment together? Are you constantly texting and chatting on Facebook or Gmail? Does it seem like the two of you are attached at the hip?

If this is you, then he could be ignoring you because he just needs a day to himself, some time to think on his own and to just breathe. Don’t take it personally; in fact, you should probably try to take a breather as well. Remember, you’re a couple not one person split in two.

If your man is with his family, he could be ignoring you because of family drama. I know when I’m with my family I ignore whoever I’m dating until I’m safely away from nosy eyes and ears. Remember that it can be a little difficult to break away from mandatory family time.

This is especially true around the holidays. If it’s Christmas Eve and your guy isn’t texting you back…then he’s probably doing the family thing and that, as you know, can require a person’s undivided attention.

3. He’s upset and doesn’t want to talk about it

If you’re dating the non-emotional kind of guy, then he might be ignoring you so that he doesn’t have to “talk about his feelings”. It’s quite possible that his feelings have absolutely nothing at all to do with you. In fact, he could be angry at the entire world (except you) but still ignoring you so that he doesn’t start an unnecessary argument.

Have you been hanging out with the girls more often lately? Is there some new guy in your life who’s quickly becoming your BFF? If this is you, then your guy might be ignoring you because he’s jealous.

That’s right, when men are jealous there are a number of ways they show it, but ignoring you is one of the more commons displays of jealousy. If this is the case, you might want to do a little more one on one quality time with your man and stop talking about your BFF’s so much, or, invite him to go along with you and your friends once in a while. 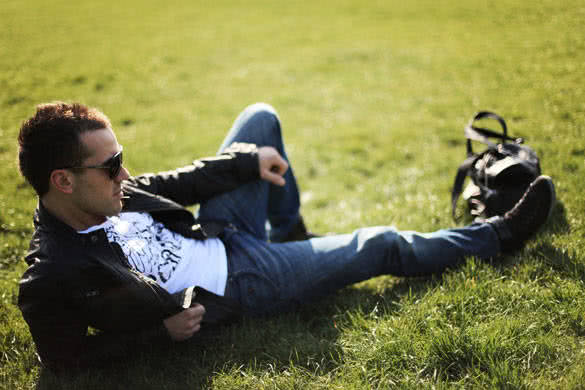 There are times when he’s ignoring you for reasons you don’t want to know. Sadly, I hate to be the bearer of bad news, but it could be that your guy is ignoring you because he’s thinking of ending the relationship.

Okay, I know the frustration of being ignored. I’m being ignored right now even as I’m typing this by a guy I haven’t even met yet, but am supposed to have a date with this week. Because there haven’t been any signs of dis-interest on his part, and because we don’t know each other even remotely well enough for me to assume he’s with someone else (which he could be, I don’t know), I’m going to have to think he’s actually just busy.

It happens. It happens to me all the time! I get too busy to hang out with my friends, to update my Facebook, to reply to my editor…life just sort of happens and I can’t respond to things. Now, if I don’t hear from him by Tuesday, I’d say he’s ignoring me for other reasons, but for now, I’m guessing he’s juts busy (it is the weekend after a holiday, you know). Your guy might just be busy, too.

Before we put all the blame on him, have you been acting any differently lately? Are you taking longer to respond to his calls or texts? Have you been too busy to see him? If you’re acting differently it could be giving him the impression that you feel as if something’s wrong in the relationship, and he could be ignoring you because he’s not sure how he should act at the moment.

Step back and assess your own actions lately and see if that’s not where the problem actually is.

8. His friends are affecting his decisions

If your guy has been hanging out with his friends more often than usual and he’s just started ignoring you, then it’s possible his friends have something to do with this. Maybe they’re trying to convince him that he’s better off single. Maybe they’re trying to convince him that you’re not the right girl for him, or maybe he’s just seeing the glitz and glamour of frat boy life and is having some relationship doubts.

If this is the case, tread carefully.

Guys are very defensive about their friends, so you’re better off approaching this by showing him what’s good about being in a relationship, instead of nagging him about the crowd he hangs out with. 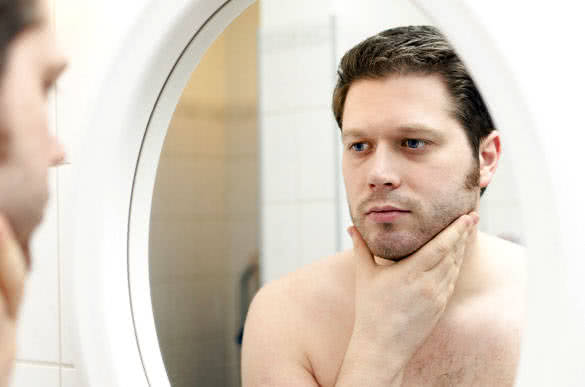 Sometimes, when guys start to become emotionally attached to their girlfriend, they just sort of freak out for a bit and get cold feet. They try to push you away, they hesitate and question their own feelings, and they basically chicken out. If this is your man, then all you can do is to give him some space and time.

The right guy will ALWAYS choose you over his relationship fears. Just let him realize how amazing you are.

Again, I hate to say it, but your guy might be ignoring you because he’s lost that loving feeling. This isn’t the easiest thing in the world to figure out, there are so many other reasons he could be ignoring you (as you can see).

However, if your guy has lost his interest, then you can either try to save the relationship and rekindle those fires of passion, or you can let him go. But don’t assume he’s fallen out of love simply because he’s ignoring you, he could be ignoring you because he just needs time to himself.

Men aren’t always the easiest creatures to figure out, believe me, I know it more than anyone! The first thing I did when my man had a phase with ignoring was talking to him. That is why I honestly suggest you to read The respect principle written by amazing James Bauer that literally transformed my relationship.

I learned what my man really wants and how to make sure that he gets it.  After all, don’t you think your relationship is worth it?

My Boyfriend Is Driving Me Crazy! How to Resolve Frustration
How to Deal with a Narcissist: Love Him or Leave Him
Comment