Christina DeBusk
2 Comments
Do you feel like you and your guy are always at odds over the same old issues? Would you love nothing more than to find a way to keep the peace in your relationship, while still getting your point across when something bothers you? Find out why couples argue and what to do about it to improve your connection.

All couples have disagreements. That’s a given. What isn’t a given is when they happen so often that they threaten the strength of your relationship.

No two people will ever see eye to eye all the time, whether you’re in a love relationship, friendship or business partnership. But, when it comes to your life partner, there is a way that you can deal with the disagreements in a way that allows you to have your own opinion but still remain a happy couple.

Here are ten common reasons why couples argue and what you can do to make sure they don’t create a riff that can’t be prepared:

Money is one of the main reasons why couples argue. If you and your guy don’t see eye to eye when it comes to spending and saving, you’re likely to have quite a few disagreements. For example, one of you may feel it’s okay to buy something new while the other person feels that there’s not enough extra cash in the budget to be able to afford the purchase. Either way, it’s bad times.

If you want to settle this battle once and for all, you need to come to some sort of agreement that works for both of you. Maybe it will help to sit down with a financial advisor and ask your questions together. That person can help you figure out a solution that will work the best for your situation.

Some couples keep separate accounts. That way you’re each responsible for certain bills and savings amounts and can do what you wish with the money you have left. 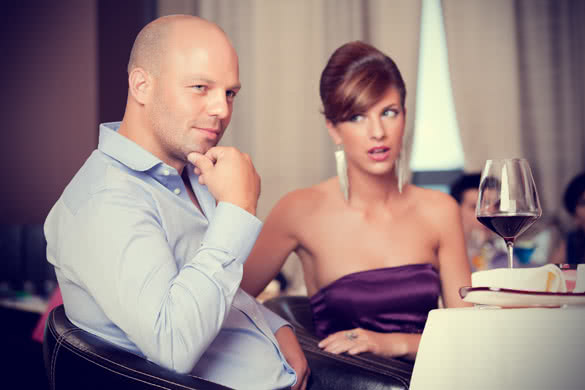 When one person in a relationship sees the other get attention from a member of the opposite sex and appear to like it, there is almost definitely going to be problems. That unwanted third party is threatening the cohesiveness of your home, so it’s easy to get the hair on the back of the neck to go up and get ready to fight.

If you’re the one that is jealous because some other woman is getting too close to your man for comfort, you may want to let him know that it bothers you. If he truly cares and is committed to the relationship, he’ll put a stop to it simply because he doesn’t want to violate your feelings.

If it’s your guy that’s jealous about someone that is close to you, instead of getting all defensive that you’re only friends, put yourself in his shoes. You wouldn’t like it either so handle the situation the same way you would want him to.

If one of you has been unfaithful in the past, it can haunt your relationship for years to come. Even if you’ve decided to move beyond it and try to get your own relationship back in shape, the person who was cheated on is often left with that lingering doubt whether it will ever happen again.

This one may require some professional intervention. Usually when one person cheats, it’s because of much deeper issues in the relationship. So, if one or both of you is finding it difficult to forgive and forget, you may need to seek counseling or a therapist for some additional help. Learn how to deal with betrayal the smart way. 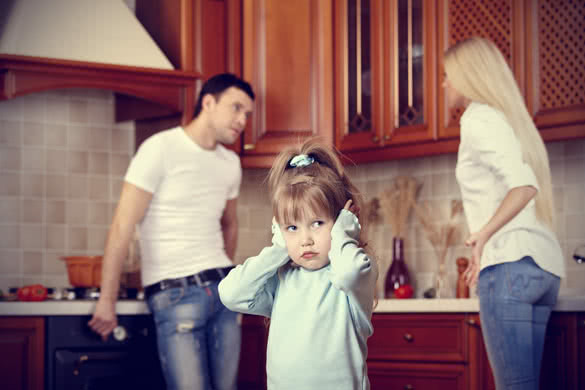 Another common reason why couples argue is the children. Maybe you disagree about whether to give them an allowance or what time they should be in bed. Whatever the reason, it’s likely to get in the way of your happiness.

When one of you makes a decision about the kids that the other of you disagrees with, it’s always best to not discuss it in front of the children. They don’t need to know that there’s a problem. If you talk or fight about it in their presence, either they’ll feel bad that they’re the cause of your argument or they’ll learn that they can play you against each other.

So, find a time to go over your issues when they’re not in earshot. Discuss why you both feel differently and try to come up with a solution that works for all of you, kids included.

Nothing can start fights in relationships quicker than other family members. Whether it’s your meddling mom or his crazy sister, there’s bound to be trouble in paradise when others start butting into your intimate affairs.

The bad thing about this one is that you can’t change other people. They are who they are and you’re going to have to deal with it. The most you can do is limit your exposure to them.

If there is truly someone that is stepping in where they shouldn’t, try to spend as little time with that person as possible so they don’t get a lot of information about what may be troubling you as a couple. It may be difficult because they are in fact family, but if the longevity of your relationship depends on it, it’s going to be a necessity. 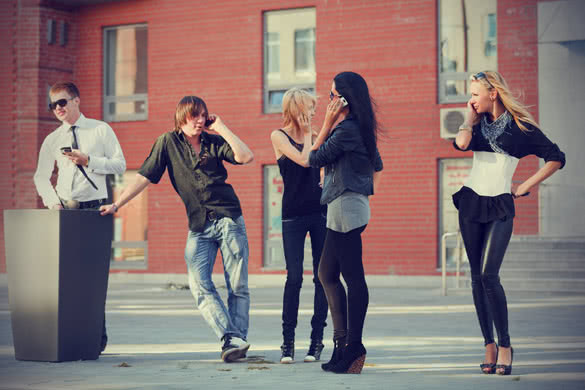 Just as family has the tendency to put their two cents in, so too do friends. Maybe his pals want him to go and hang out at the bar all night just like they did when they were single, or perhaps your peeps don’t understand why you just want to go home to him after work instead of catching a movie with them.

No person should ever have to give up their friends to be in a relationship, so the key is to come up with some sort of happy medium. Maybe he could meet his friends for a drink or two, but still be home by a decent time or you could set aside one night every so often to have some much needed girl time. Time apart is just as important as time together.

When it comes to your household, would you say you equally split the household chores, or does one of you do more than the other? Although there are men that do housework, a majority of the time it’s the woman’s responsibility – which can lead to a lot of bitterness and resentment.

If you work all day and take care of the children on top of it, why should you have to be responsible for making sure the house is picked up and cleaned too? After all, you both live there and he can see when it’s dirty just as well as you can, right?

Obviously, the best thing you can do is come up with chores that you’re each responsible for. One thing though ladies, if you entrust him with a chore, don’t rip him apart for how he does it. You need to accept that it may not be done the exact way you want it, which can be tough sometimes but necessary if you want him to continue to help.

Sometimes work gets in the way of even the best of relationships. If one of you always has to work overtime, then the other one has to pick up extra responsibilities. And, if one of you isn’t working at all, well, that leads into other issues such as the financial problems we’ve already covered.

If it’s just something that’s going to be short term, you might choose to bite your tongue because the situation will soon resolve itself. However, if it appears to be a habit, then a true heart to heart may be in order. Talk about what it’s doing to the relationship and figure out what you can do to make the situation better. 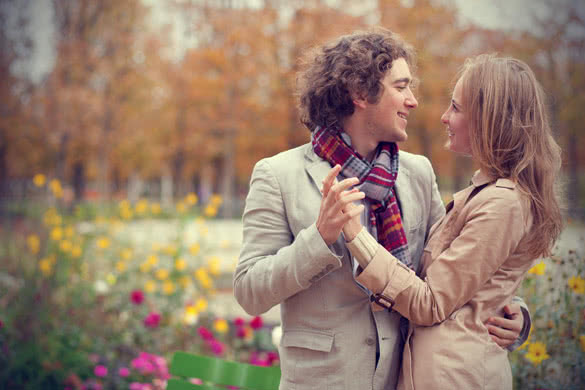 Just as work can take up too much of one partner’s time, so can extracurricular activities. If one of you is on a bowling league, a golf league and in a band part time, for instance, the other person may not be real happy about it and want it all to stop.

If one of you is always gone doing social events, of course there will be issues. After all, how can you work on a relationship when you’re not both there?

Maybe the best route is to come up with an extracurricular activity that you both enjoy. Or, if it gets chaotic because of so many, perhaps it’s time to cut some out. At some point the relationship has to take the priority if it is to survive. Here are some fun things you can do with your boyfriend to spend more quality time together. You can also read our 21 tips on how to be a perfect girlfriend for your guy post, maybe it helps you two argue less.

This is the argument starter of the new age. So many couples are now fighting about Facebook posts, Twitter tweets and every other form of social media. It’s outrageous.

One of the worst things you can do is post something about your partner or your disagreement. Those are intimate details in your relationship that really have no business being laid out for all your friends and family to see.

Make an agreement to leave each other off the internet and keep some privacy in your relationship. By doing so, you’ll be allowed to solve your issues just the two of you.

Put your disagreements to rest and work to keep the love that brought you two together in the first place. It’s okay if you choose to argue from time to time; just make sure you also get the pleasure of making up.

Why do you argue with your guy?