Zenka
Add Comment
He doesn't ask you any questions, is always busy, or you always text first? Here are 10 sure signs he is just not that into you.

As women, we may want to see things that are not there, and some men may not want to hurt our feelings by telling the truth about their intentions. It’s never a win-win situation, and someone always ends up getting hurt. This is why it’s important to believe what he’s trying to tell you instead of believing what you’d like to believe.

Men always tell the truth in their own way. It may be communicated in the form of a gesture, the lack of a phone call, or even the way he speaks about you. Women, in contrast, have a tendency to twist what men try to communicate in a way that benefits us.

It may seem harsh but it’s a fact. You never want to believe that he is just not that into you when you really want him to be. So, you make up excuses to justify his actions when the truth is, he’s just being honest without actually saying the words.

So, in order to save you some heartache and lots of disappointment, have a look at the following signs that he is not into you: 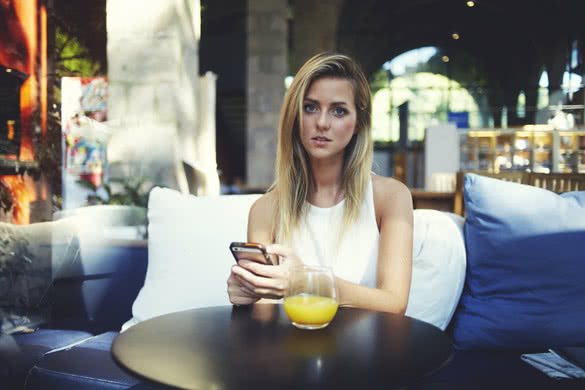 A man who wants to call you will do so. If he leaves you his number, it’s not a good sign that he genuinely wants to pursue you. In fact, it means he’s about to sit back and let you pursue him, which is the exact opposite of how it should be. It’s an age-old debate still valid today. Men enjoy the chase, and you should feel special enough to want to be pursued. So, leave your number and let him do the pursuing.

Not all men are the same, but generally speaking, a man will bite for as long as you throw the bait. However, a man who’s just not that interested will not text unless you text him first. Chances are, he’s most likely texting another woman instead. This goes back to being pursued. If you find yourself always texting first, take a step back and let him send the first text. It’s a good indication of how he feels about you.

3. He gives you a hug on your date

Some men may want to take things slow, which is a great thing—especially on a first date. However, you can tell by the type of hug he decides to give whether or not that hug is going to turn into something more. Always trust your intuition on this one. Be level-headed, but see it for what it is. If he wants it to turn into more, he’ll arrange a second date, so don’t stress. 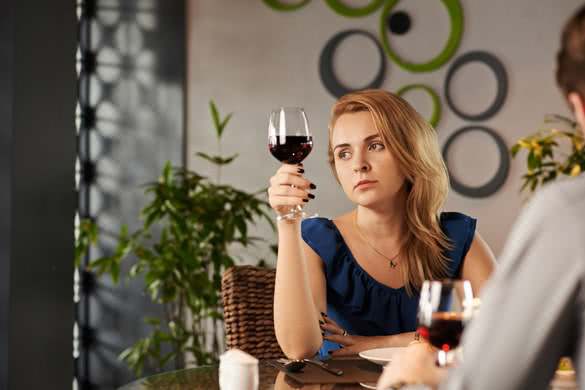 If a man wants to spend time will you, he will. It may seem as if you should just sit back and let him call you when he wants, and you should jump at the right moment. That’s not at all the case. Nothing should stand in your way of taking initiative, but pay close attention to his reaction when inviting him to spend time with you. Your time is valuable, and he should know that. If he hesitates, don’t even go down that road again. 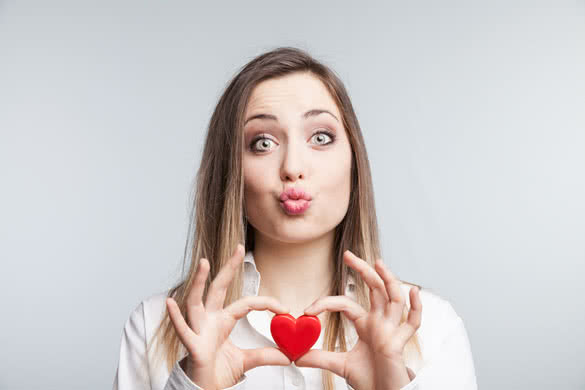 Some men will keep their opinions to themselves in the hope of saving you the heartache. Those men consider your feelings, however, the feelings you may be feeling will never be reciprocated. If the flirting is only coming from your end, see this as a good indication that he’s not that interested in you.

A man who likes you will give you a flower or two eventually. The gifts don’t need to be expensive at all—a simple garden flower will even do. However, if a man keeps hanging out with you, time after time, but he never shows any type of affection in the form of a gift, see this as his way of telling you that he doesn’t want to give you a gift. Men are really simple to figure out.

9. He talks about another woman

If a man is interested in you, he’ll rarely bring up another woman. If he does, it could mean he’s trying to figure out how you feel about him talking about other women. However, if he continuously brings it up, you should know that he has his eye on someone other than you. Chances are, he only sees you as a friend.

10. You can feel the lack of interest

Finally, you can feel if a man isn’t as interested in you as you’d like him to be. Trust your gut instinct—you were given it for a reason. If you’re unsure, ask him. He’ll either be very open to talking about it or he’ll avoid it altogether in which case he’s already answered your question. Trust what you feel.

Love should never be one-sided. Sure, there will be times when one person gives more than the other, and vice versa. It’s all dependent on circumstances, but it’s never a constant off-balance situation. In the case of a man who’s just not that interested in you, he may feel bad to tell you the truth, hoping you’ll eventually catch his drift. However, it’s important to learn the tell-tale signs to avoid brutal honesty, which is a lot more painful than catching a hint. It is also important to learn how to tell if a guy likes you – combining all the signs can help you discover a lot about him!

Always believe a man when he tells you the truth—in whichever way he decides to do it. You deserve someone who feels just as strongly about you as you feel about him, and never expect anything less!

5 Things That Won’t Save Your Failing Relationship
Romance Decoded: How To Be Romantic
Comment