Maine Belonio
Add Comment
As with anything tender, new relationships should be handled with care. Avoid discussing these seven deadly relationship topics too early with your new man.

The beginning of the relationship is often one of its most exciting phases You’re still getting to know each other and you’re working to help him see and feel that you’re a decision he won’t regret.

For this reason, it can also be a bit tricky because you want him to see who you really are (because pretending to be somebody else isn’t cool), but you don’t want him to be turned off and send him running away.

In an effort to help you to help him know (and love) you more without ruining your blossoming romance, here are seven topics you should avoid in the early stages of your relationship. 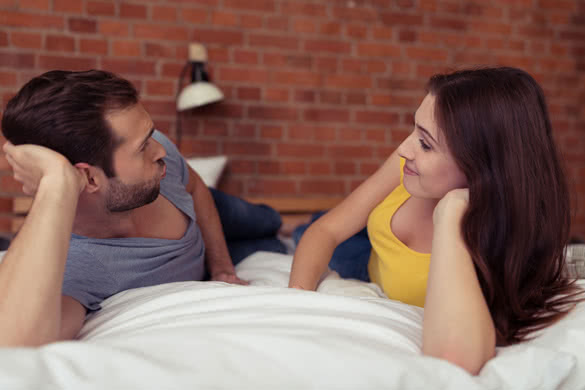 You want him to know what happened to your previous relationship so he knows where you’re coming from. While you definitely have a point in wanting to discuss this with him, talking about your ex and the pain he caused you in the past isn’t something that can really help what you’re trying to build now.

Aside from that, you don’t want your new flame to think that you’re still thinking about your ex and that you haven’t been able to get over him and what happened yet. So, even if it’s tempting, you’ll do better if you refrain from talking about him this early.

If you’re in your late 20s or early 30s, it’s understandable if you feel pressured to have kids. The clock is ticking, and if you’ve always dreamed of having children, you’ll surely feel a bit scared that it won’t be a reality for you if you don’t find Mr. Right right away.

However, you’ll even have a harder time making this a reality if you let your fear take over by talking about this with your new guy. It may be an idea that he’ll entertain, or he may feel bad about you initiating this sensitive topic (not all guys want kids). Don’t put pressure on him when you’ve just started dating. It’s not going to do your new relationship any good. 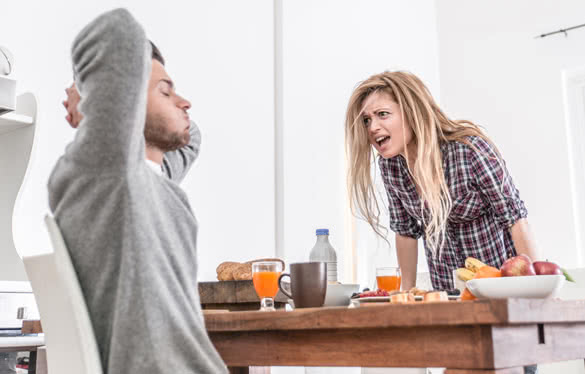 You started dating during election season, and you’re both supporting your desired candidates. However, you like different politicians or maybe even different parties.

While politics is a great topic to discuss, it doesn’t apply to your romantic life. So, keep your thoughts about the candidate you support to yourself or maybe talk about it with your plants or your dog.

After several dates, you find out that he’s agnostic—or he’s maybe a deist, Buddhist or even an atheist. You don’t believe in these religious denominations, so you decide to give him a piece of your mind on the next date.

It won’t end well, I promise you! If faith is going to be an issue for you, it would be best to choose someone with the same faith as yours instead of trying to get them to convert to what you believe in.

However, if his beliefs don’t bother you, then go ahead and continue dating him. Just know that it can be a cause for future arguments.

Let him volunteer the information when he’s comfortable sharing it with you. This way, he won’t think that that it’s all you’re interested in.

6. Anything about the future 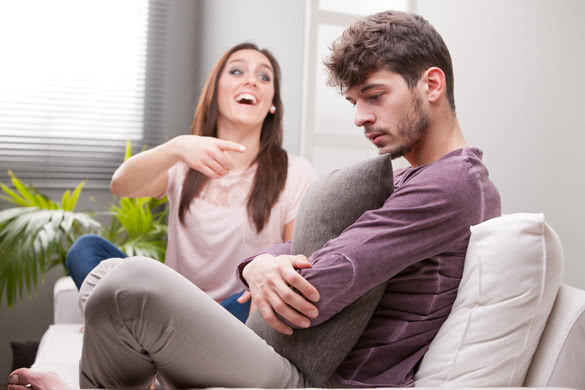 This includes moving in together, tying the knot, having kids and other things that only long-term couples should discuss.

Bringing up these topics will give him the impression that you’re in a hurry to settle down or you’re desperate so you end up rushing him into things that he has not yet decided for himself.

You want to know whether you should call each other boyfriend/girlfriend (or any other term of endearment) or if you should stick to first names only.

It’s okay to be obsessed about it but keep in mind that it’s hard to put labels on a relationship. More than this, what matters most is what you feel for each other and whether or not you’re committed to making it work despite the odds. So, never corner him and ask, “What are we?” early on the relationship.

You may feel bad if he doesn’t have an answer of if he gives you an answer you don’t want to hear. Either way, it won’t help you and the relationship.

Bringing up these seven deadly topics at the onset of your relationship can do more harm than good. Instead of obsessing about these little details, concentrate on working on what you have now which you can use to build a stronger bond every day.

When the relationship grows stronger than ever, you’ll find that these things don’t matter much anyway because the most important things are trust, mutual respect and undying commitment to each other no matter what.

Have you ever discussed any of these topics with a new boyfriend? How did it go for you? Share your experience in the comments!