Cassandra Guerrier
Add Comment
Even though we've all heard these warnings before, it's still hard for us to give up our favorite drinks. I know that struggle firsthand.

By now, you’ve probably seen the popular video going around where someone boiled a bottle of soda in a pot and was left with something seriously sinister looking. There are so many studies on the dangers of drinking sugar-fueled drinks every day.

I’ve always known that my soda obsession was an unhealthy habit, and yet that did nothing to stop me from sometimes downing two cans in one sitting.

Whenever I’d go out for dinner with friends, I’d hit those unlimited soft drink refills hard. I’d drink enough water to keep me going but would always sneak in a Sprite if I had the choice.

The weirdest part about this is that that when I’m at home, there is no soda option. The only drinks I have an unlimited supply of is water and tea. So why is it that I couldn’t opt to drink anything else but a can at lunch everyday? Keeping soda out of the house wasn’t enough to stave off my constant need to drink it when I was out, which in turn made me feel like wanting to change my lifestyle wouldn’t be as simple as everyone made it out to be.

Reading about all of the harmful effects that soda has on the body was the wake up call I needed. From the empty calories to the serious health risks such as heart and liver disease, there are a lot of reasons why giving up soda will benefit you in the end.

I knew that trying to stop my soda obsession cold turkey would only make me want to drink it even more, so I made a plan to slowly wean myself off of it. I always have a cup of tea with no added sugar in the morning.

To prepare myself for what I thought would be a grueling task, I told myself that I’d replace that can of soda at lunch with another cup of tea. That way, if I drank soda with my dinner later, I would feel less guilty about it. The minute I realized lunch was approaching, I dreaded starting the challenge. It’s hard for me to eat without having a drink at hand, so I wasn’t sure whether or not I’d crack at the last minute.

When showtime came around, it wasn’t as bad as I thought it’d be. Because I was still taking in the same amount of caffeine, I didn’t really feel a difference.

It made me feel confident that this would pay off in the long run. However, I knew I needed to do more than just replace one of my daily cans of soda with tea.

My first two days went off without a hitch, which I will admit made me get a little cocky. I usually make plans with my best friend on Wednesdays (plans that almost always involve food) and this day was no different.

Fresh off of my two-day success, I was pretty positive that everything would be smooth sailing from here on out. After all, if I could get through lunch without drinking soda, how hard could it be to do the same come dinnertime?

I ended up having to stay at work longer than I expected and was running a little late. To beat the afterwork crowd, my best friend decided that grabbing a table would be easier and quicker than waiting for me to get there.

When I finally got there, I noticed that she had already put in for the appetizer because we always get the same thing no matter where we go. Fact: You can never go wrong with mouthwatering quesadillas or a yummy spinach dip.

Of course, she was ordering me a Sprite as I walked over to our table and I almost facepalmed at how tempted I was to throw my resolve right out of the window. I kept telling myself, “One glass won’t hurt.”

Instead, I downed a glass of water so quickly that some of it spilled on my shirt.

After the dinnergate incident, I was even more committed to following through. Drinking tea with my lunch was really working out for me, which isn’t a complete shocker considering the fact that I’m a major tea-lover. To try and up the stakes, I added a bottle of water into the mix. Before I decided to break my soda habit, I was never really big on drinking water. Doing this was the motivation I needed to start having a healthier lifestyle.

Surprisingly, my phone also played a big part in this challenge. I downloaded a soda and water intake tracker app, hoping that it would make me get even more serious about this. The first one I downloaded was the “Soda Stopper” app, which records every time you chose a bottle of water over a sugary drink. It also lets you know just how many empty calories you avoided putting into your body. It has a pretty simple layout, but is also super effective.

Next, I started using the “Water Your Body” app to not only track how much water I was drinking a day and adjust it based on my weight, but also to remind myself of how all of this hard work would benefit me in the end.

Because I don’t have any soda in my house, the weekend didn’t phase me. Water pretty much became my best friend during those two days. I roamed around the city with my best friend and had an impromptu photoshoot to celebrate how good I was feeling about everything

Monday passed without incident, but I came close to breaking. My former co-worker texted me about a new lounge that she had discovered downtown and wanted to meet up. I hadn’t seen her in a really long time and couldn’t have been more excited to finally catch up.

One thing you need to know about me is that I’m not a drinker—not socially or on the regular. I can pop open a nice bottle of white wine for special occasions like wine and cheese night with my girls, but that’s about as far as my tolerance goes. If I really think about it, that’s most likely the reason why I always turn to soda when I’m out with friends.

If you’re wondering if I actually nursed water all night, you guessed correctly. Explaining why was a little weird at first, but she eventually understood where I was coming from. Too bad my sly request for solidarity was turned down!

With the weekend coming up and only three more days to go, I was feeling super confident that I could actually do this. I grabbed cheap but delicious dumplings in Chinatown and headed to the park to unwind.

I’m proud to say that I relied on my trusty water bottle when I normally would have reached for a Sprite instead.

I made it to the finish line! Going 14 solid days without artificial sugar was brutal, but my body couldn’t be any happier.

One interesting thing I noticed is that my skin felt much smoother. Before I started this detox, my skin would break out in different areas on my face.

Normally, I’d attribute it to stress, apply natural beauty masks and keep it moving. But seeing how clear my skin looked was another wake up call for me.

Although there’s been recent debate over whether or not soda can clog your pores, I can’t deny that I saw serious results.

Ironically, the biggest lesson that I took from this is that I was more tempted to drink soda when I put myself in social situations. Until this very moment, I’d never truly understood why people swear that having an exercise buddy makes you more likely to lose weight. I think it probably would have been nice (and ten times easier) to have someone doing the challenge with me, but I’m grateful that I never gave up, no matter how many times my body wanted me to.

What also surprised me is how much energy I had after opting out of those empty calories. Before, I’d sometimes crash at the end of the day after working long hours. Now, I’m always up and moving.

I’m not saying that you absolutely must give it up right away. This experience has taught me that it’s okay if you want to enjoy soda every now and then as long as the amount of water you drink outweighs your artificial sugar intake.

If you think water is boring, try switching it up with hot lemon water or even veggie- and fruit-packed smoothies. Just remember that you should always give your body the fuel it deserves. 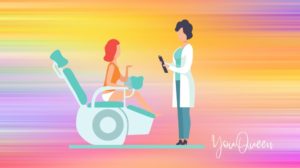 Talkin’ Downtown: How to Get Rid of Vaginal Odor 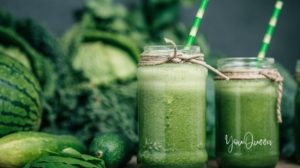 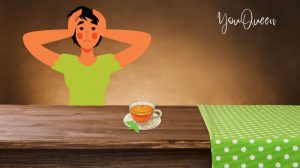 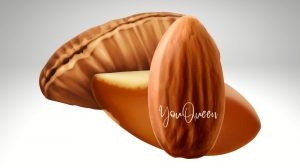 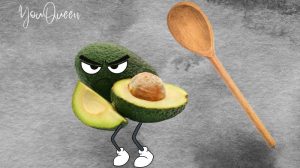 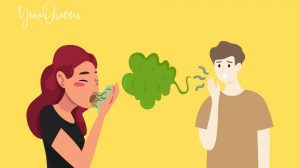