Victoria
4 Comments
Blow jobs – they’re a part of sex that make us squirm, but men love it. I’m not putting that in my mouth! So how can we do it, pleasure our partners and enjoy it?

Nothing good comes out of rushing things. In the back of our minds, we think the faster we give our partner his much-wanted blowjob, the better, but it doesn’t work this way. You need to linger a little bit more because nothing about giving or receiving oral sex should be a fast thing – just like you when you’re on the receiving end, he wants to remember and savor the moment, because after all, it doesn’t happen all the time. What’s even better, it’s a great way of making him squirm a little – there’s actually great pleasure in watching your partner enjoy what you’re doing to him sexually.

#2 The element of surprise!

Do you orchestrate your blow job or do you catch him off guard?

Most relationship experts will tell you that it’s better to take him by surprise. Naturally, he’s not going to refuse a blow job, what man would? Surprising him will make his day because of lets face it, you hate it so it’s probably not a frequent thing anyway. But in fact adding this variety will add a bit of spiciness to your relationship. Your man will feel more loved. He’ll feel that you find him attractive and of course you’ll give him that extra boost to his ego – because deep down he wants to know that he’s all man (it’s a male thing that we’ll probably never get!)

If you’re more inexperienced, never given a blow job or just avoid it all costs it’s probably more difficult for you to initiate it. While some women are wilder and will just rip their partner’s pants open and head down with mouth wide open, the majority are more timid or should I say a little more clueless?

The best way is to go about it slowly. Picture this – you and your boyfriend are lying on the couch. He puts his arm around you protectively while you’re engrossed a movie. As he pulls you closer into his chest, start massaging his crotch. You’ll see that he’s easily aroused and he’ll pull you in even closer. Undo his top button suggestively while still lying down and by now his penis is fully erect waiting in anticipation. Slip your hand subtly down his pants and start stroking and as you do so move your body ever-so-slowly down with your face in his crotch area – all the time looking him in his eyes. Don’t be shy about this, he’s your partner. He’s seen you, you’ve seen him so there’s nothing to be ashamed about – it’s a blow job, not some wild and freaky sex position that’s going to get you all in a tangle!

Breathing lightly abound his crotch area, your warm breath will tickle him and you’ll be able to watch him flinch in pleasure. His eyes will be eager and excited and he’s waiting impatiently for you to begin. Ever so slowly begin to lightly nibble (without teeth of course) at his penis’ tip and as you do so, continue moving your strategically placed hands up and down the shaft. If it’s really dry, add a little bit more sexiness to the equation and gently spit down the shaft for natural lubrication.

He’s going to love the surprise and the fact that he didn’t have to ask for it or there was not a lot of awkward fumbling is going to be a huge turn on.

He’ll love that you’re taking initiative and control and you’ll be surprised how this control and power that you have over him can be so empowering. This empowerment will also increase your own sexual pleasure so if you think about it it’s a win-win situation. 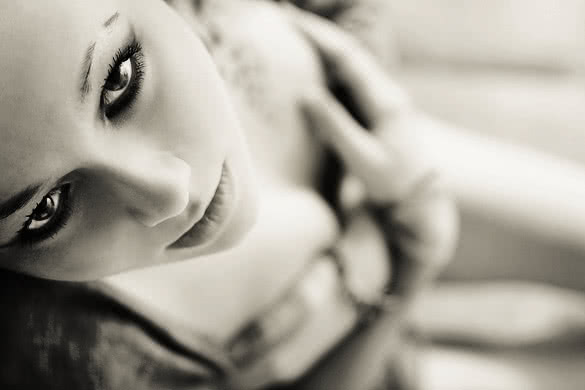 If you feel you want to go in for the deep throat effect, you need to use a variety of techniques and a combination of your mouth, lips, tongue and of course your hands. Take the base of his penis shaft in a firm grip and place your mouth gently below the penis’ head. After placing your mouth in the perfect position, move your hand and mouth simultaneously up and down in a rhythmic movement. At this point, he may begin to thrust his pelvis upright in sheer enjoyment as he gets more and more excited. This can be uncomfortable for the partner performing oral sex and if you don’t like it, you have to let him know otherwise it’s going to be uncomfortable for you and he’ll sense your tension. If you don’t feel uncomfortable verbally telling him (plus you have your mouth full –literally), gently use your other arm to push his pelvis back down to indicate that the thrusting is not your thing – he’ll oblige because at this very moment he’s under your sexual spell.

#5 Take breaks in between

They’d be nothing worse than getting lock jaw while going down on your man. The awkward positions that you may find yourself in while giving him head may cause a little discomfort and jaw pain making it difficult for you to enjoy the moment. Like I mentioned before, oral sex and blow jobs shouldn’t be a fast thing, so take some breaks in between. Add these breaks into the sex act and linger a little longer and you’ll get him thinking that it’s all part of your seductive plan… little does he know that you’re just coming up for a breather.

If you’re really struggling for breath and feel like you can’t subtly throw in a break or two without him noticing, try implementing what sex therapists aptly refer to as the ‘lipstick technique.’ Using your hand to gently massage the end of his head, take his penis up to your mouth, but instead of placing your mouth around it, lightly kiss the end using your tongue as if you’re giving it a French kiss – this way you’ll be able to catch the much-needed breath you want and at the same time rest your jaw! This gentle yet sexy technique will also add that extra natural lubrication if it’s needed.

The head of the penis contains many nerves and it’s an extremely sensitive area which will really get your man going!

#6 Licking is not just for ice-cream… 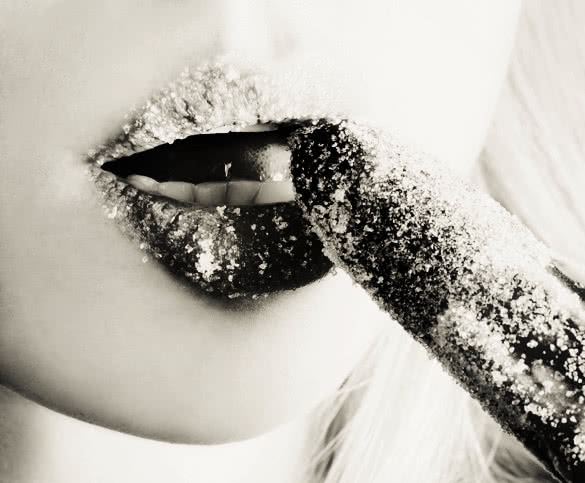 One maneuver that will surely get him groaning with pleasure is the simple art of licking. Imagine yourself licking an ice-cream cone that’s melting. The up and down movement of your tongue will add a little change and it will allow your man to relax a little without finishing too quickly. This is a great way of resting a little as well, but at the same time, you’ll be able to maintain his excitement.

#7 Getting stuck in and spicing it up

By now your man’s fully aroused. It’s been proved that the more aroused a person is, the higher tolerance to pain they have. As you go down on him again after taking a breath or two, hold on to his body tighter and dig your fingers in with more assertiveness. He’ll love the power you’re taking and he’s going to fully surrender his. This extra touch will signify that you’re in the mood and that you’re also enjoying it which will mean that he’s also going to return the favor.

When I say use your teeth, I don’t mean biting into him as if he were a piece of meat, I simply mean using the edges of your teeth to gently slide up and down the shaft. This reportedly, according to men, sends his body into spasms and all his senses will become even more acute.

Most women will shudder at the thought, but actually, your man having a foreskin can benefit you both when it comes to you giving him oral sex. Using your tongue or your teeth gently you can move his foreskin back and forth easily giving him even more pleasure. His foreskin will also make it a hell of a lot easier for you giving him a hand job at the same time!

Do you want to really spice things up and get those juices flowing? Here’s a technique that will really blow his mind and get him wondering where you learned such things. While you’ve got his penis in your mouth try humming gently. This action will create unusual but sensational vibrations and it’s almost guaranteed he’s going to have an out of body experience.

Tip: For extra effect throw in a few groans or two to show that you’re enjoying the moment too.

The big debate continues – do I suck or swallow? It’s a matter of preference really. Most men you ask are unsurprisingly going to tell you they prefer you to swallow, however, if you don’t want to it, it is perfectly okay and don’t feel pressure either way. All you need to do is have a strategically placed box of Kleenex at hand that you can subtly grab at the end.

Remember variety is the spice of life and this is the perfect way to keep your sex life healthy.