Each man has his own type whether he admits it or not. Check out this honest article written by a man to find out what kind of hair types most men like.

You might have always thought that men like blondes the best. Well, as a guy I can tell you that neither one of them is actually better than the other to us.

Which one guys prefer depends on many different things. Which celebrities are the most popular at the time especially has an influence on what’s in and what’s considered to be the most attractive hairstyle for a girl.

Blondes held the thrown as cutest in the States in recent years due to the popularity of pop icons like Brittany Spears, Christina Aguilera, and Jessica Simpson. In the 2000s, it was all about blondes. Even guys were dying their hair blond to look like Eminem and Justin Timberlake.

Dark hairstyles have made a glorious comeback, though, with celebrities like Kendall Jenner, Ariana Grande, Selena Gomez, and Katy Perry leading the way.

Brittany, Christina, and Jessica Simpson are no longer the hottest, but Taylor Swift stills hold a candle for blondes. Blonde will never completely be out of style, but it’s definitely been trending down.

There’s a saying, life imitates art, but life also imitates artists. Not only do girls often model their look after a certain celeb that they love, guys seem to unconsciously play along with this and curtail their attraction to what’s hot at the time.

There are of course guys who are absolutely set on their type, but for normal guys who like both, they can lean one way or the other at times.

Here is what most guys think about different girls’ hairstyles and which ones we consider to be best.

Do men like long hair or short hair better?

Long hair has always been and always will be one of the pinnacles of female attraction. Gorgeous flowing hair is eye-catching, and can be a big plus if it’s clean, combed, and well taken care of.

The longer, the better. Really, really long hair always catches attention. A girl’s hair is beautiful, so naturally, a lot of it is a good thing.

Poofy, curly hair is great too but in a different way. The texture of wild curly hair feels amazing in the hands, especially as a guy who has very straight hair.

It’s hard to stop playing with it once you start. It can be a huge plus for guys like me who get kind of obsessed with it playing with it and can’t stop. It’s also nice during sex to grip hair that has a lot of texture.

Short, cute haircuts have a way of accenting a girl’s other features. If the girl wears earrings, a necklace, or has a tattoo on the back of her neck or somewhere else around there, a short haircut will let it stand out.

Short haircuts can also be styled in more than one way, so that gives you options if you have short hair.

The smell of a girl’s hair

Guys expect your hair to smell amazing. We love the sweet smell of a girly shampoo or conditioner. We also love the way it makes your hair so smooth and soft.

Whenever a beautiful girl walks by us, sometimes we turn our noses in their direction and inhale deeply trying to get a whiff of that amazing girly smell that we look forward to. Every time we give you a hug, we pay special attention to the smell of your hair and love smelling it.

It’s more than just a smell, it’s like a confirmation that yes, you are a cute girl because not only do you look good, you smell amazing and that confirms it. It also lets us know that you are clean and have good hygiene.

If we hug you and you don’t smell that good, it’s a minor turn off. It’s not a deal-breaker if you don’t give off an incredible scent, but the small things do add up to increase attraction. All of the aspects of your hair add up to be a big one.

Wearing your hair up

Some girls look hot with their hair in a ponytail or in a bun. It looks fine when it’s tied up, but it just looks way better when it’s down. Your hair has powerful, attention-grabbing attraction power.

It’s a shame to keep it tied up often. Even if it gets in the way or it’s too hot outside, you take the impact it has on men away when you put it up in a bun.

Short haircuts are a good middle ground between the plain look of having hair up in a bun and having it down. You still get to show some style and cuteness but it won’t be all over the place.

Some girls just look so much better with short hair anyway. But it’s all a matter of opinion of course.

Highlights can incorporate both blonde and brunette, so they’re the best of both worlds.

Highlights are pretty much always nice if they’re done right, but that’s not to say that hair without highlights is not as good. It’s amazing what they can do to catch a guy’s attention, though.

A girl who a guy never thought was cute can walk in the door after getting highlights done and immediately something will be different about them that makes them more interesting and in turn more attractive.

Highlights are a pretty easy way to spice up your look and gain some extra male attention.

Just like adding highlights, if you change your hair color altogether it will definitely turn heads. But it’s a bit riskier because sometimes the results can actually be not as good as the original color.

If a girl changes her hair color and the result is not quite as good (at least in certain guys’ perspective), it’s probably not going to be a game changer. Guys can be pretty forgiving when it comes to clothes, shoes, hair color, or even hairstyle.

If you’re not sure about dying your hair, ask your guy friends for their opinion and see what they say. If the general consensus among your male friends is that you should leave it, then don’t bother.

They already think it looks good how it is, so other guys probably do too.

In my opinion, changing dark hair to a lighter color usually looks better than changing light hair to a darker color. Personally, I’m not a big fan of girls dying their hair black, though naturally, black hair is totally fine with me.

Sometimes there’s an inconsistency with the color of the eyebrows, which can look weird. Some girls dye them as well, which is probably better.

All guys are different, so it’s best to just choose whatever hairstyle that you think actually looks best on you. If for some reason you look good with short, brown hair, or any specific hairstyle for that matter, and you feel like that’s the best look for you, then that’s what you should do.

Guys will still be attracted to you no matter what hairstyle you have, so you should choose the one you feel most comfortable with or prefer for whatever reason and roll with it.

What’s most important is that when you look in the mirror at yourself that you love your hair and are happy with it the way you have it. If you aren’t then, by all means, switch up your style. 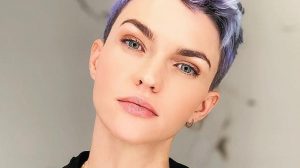 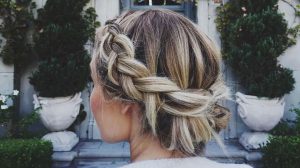 First Date Hairstyles That Will Make Him Instantly Fall For You! 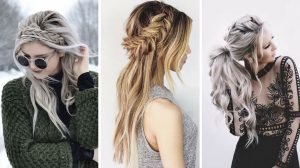 The Best Christmas Party Hairstyles To Try This Year 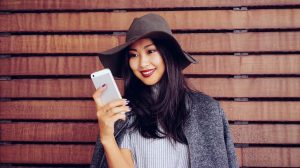 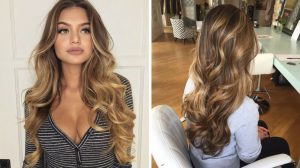 Balayage – The Most Popular Hair Trend In 2016 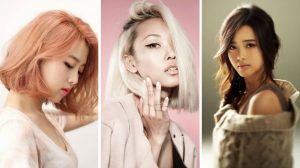 5 Best Flat Iron for Black Hair for 2019
Bangs With Curly Hair – How To Style Them?
Comment