Maria Montgomery
Add Comment
How to be more flirty? What woman doesn't ask herself that question every once in a while?! Well, here is the answer on how to become a true seductress!

A general sense of flirtatiousness – the mindset 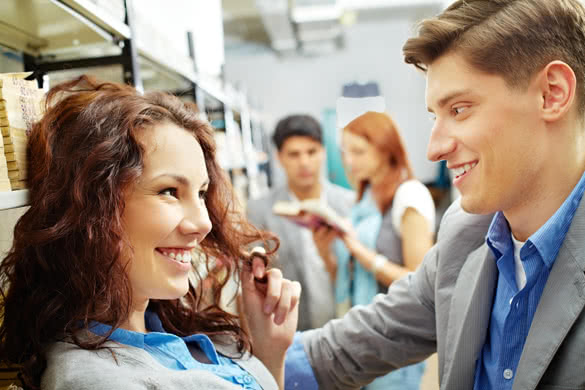 Some women walk into a room and they seem flirtatious without having to do a single thing…so how do they do that? Well, as the saying goes: it’s all in the mind.

Have you heard of a guy by the name of Paul Edman? He’s a very, very famous psychologist who’s studied micro expressions in the face, as well as body language. He claims that almost every emotion is expressed through your muscles. That means that in your face and your body language it will be reflected how you feel.

Women who appear flirtatious believe they have something the guys want – they have themselves. When they look at a man, they’re teasing him with a promise. A promise of how good they are…but he won’t get it unless he proves himself…

Flirting is a lot about teasing. About letting someone know what they can have, if only… Women who flirt know that they have something guys want, themselves, and that’s the first thing you need to practice: believing you have what they want.

When thinking of how to be more flirty, also consider your appearance. When you walk into a room and look a guy in the eye you have to believe you have something he wants and it helps if you look the part.

We all feel better when we’re wearing clothes we believe make us look sexy. That’s not clothes that are overtly sexy, it’s just clothes that make you feel sexy. Likewise, wear your hair in a way you think is sexy and put on make-up you feel sexy in.

Wearing something too revealing might, on the other hand, come off as desperate. And too much make-up will make you seem insecure. You have to have faith in all of you, which means you shouldn’t try to cover up who you are with a sexy shell, but rather use your outsides to show who you are on the inside.

In other words, you should dress as sexy as you feel on the inside. That can be a cute, flirty sexy, a ballgown kind of sexy, a shirt and jeans kind of sexy, or a leather pants kind of sexy. The important thing is that it makes you feel that you are yourself on a sexy day.

How to be flirty and teasing 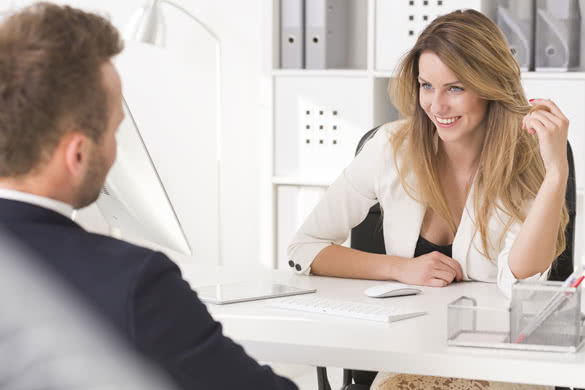 As mentioned, if you want to be flirtatious, you need to tease. It’s like dangling a piece of cheese in front of a mouse. You’re challenging a guy to step up and grab the cheese because you won’t willingly hand it over.

For as long as this flirtatious game continues, you’re checking him out. You’re seeing if he behaves in a way that grants him access to you. I always tell women not to fall for a guy because they’re attracted to him, but because of how he behaves.

If we go blindly with attraction we don’t know what we’ll end up with, because maybe the attraction is strictly physical, or intellectual. How he behaves over time is the stellar test to if he’s worth your time of day.

This little game (if you can call it such) also challenges him. This challenge makes him think more highly of you. If you accept him blindly, somewhere, on some psychological level, he thinks you accept anything and you’ll lose some of your appeal. A man wants a woman who has standards.

So how to be flirty is partially about how to tease. You can tease in various ways. For example, he says “I’d like to take you on a date on Friday” and you reply “Depends on what kind of date you have in mind…a girl can’t just accept any offer, can she?” If you’re saying this in person, say it with a twinkle in your eye and if sending it as a text add a wink afterward, as it shows you’re being playful. If you aren’t, it will sound plain rude.

If you’ve just met and you are chatting if he says something like “I’m a really good cook” you can respond “Well, I guess you’ll just have to show me sometime” and smile a flirtatious little smile.

If you’re on a date and he says “I’m a really romantic guy” you can just say “Well go on then, impress me” or “Well, I look forward to being impressed.”

You can also tease him by saying he’ll get something if… For example “I’m great at cooking. I might just cook something for you one day if you’re a really, really good guy that is…” Or “…if that date you promised me turns out as good as you said it will…”

Flirting is a game of giving and taking where you’re both teasing each other to get to know one another and each other’s intentions. It’s fun because by the end of the day if you both win, you’ll win each other.

If you’re at a stage in your life where you allow men to see you naked. Once you’re together it’s a matter of “if you’re good you’ll get to keep dating me.” This kind of playfulness and want to do each other right and impress each other is partially what keeps a relationship alive. 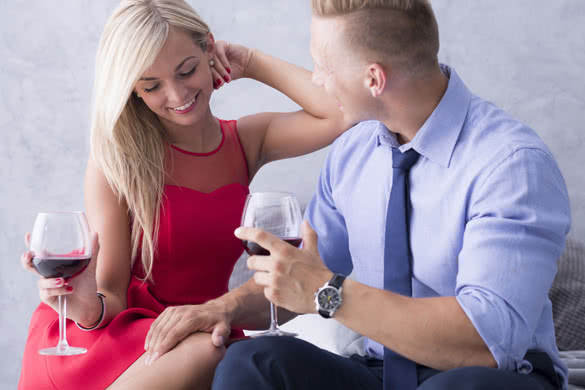 How to be flirty also has a lot to do with the aforementioned body language. If you touch your thigh or lick your lips, thinking sexy thoughts, then that’s a form of innuendo. You’re speaking about sex without saying a word.

You have to be careful with this – it’s something you save for the guys you’re having an intimate conversation with, not something you do to show your flirty side in public. After all, you don’t want the whole room thinking about having sex with you!

Something you can do with any guy is to smile at him. And remember when you do to keep the thought in your mind that you have something he wants: you.

How to be more flirty by using innuendo

Having covered body language innuendo, how do you use innuendo in actual language? You can say things like “I was being very, very naughty as a kid and nothing much has changed…” which hints at you being naughty as an adult is to do with sex, but you aren’t actually talking about sex.

When you talk, whether in person or over text, saying things that refer to nakedness, your bed, etc. can also play on innuendo. If you refer to having a shower, the guy’s mind will end up in the gutter even if you didn’t mention anything naughty at all.

Again, this is something more direct and not something you should do with every man, only guys whom you want to step it up with.

Office Romance: How To Seduce A Guy At Work
How To Find A Boyfriend In College
Comment