Christina DeBusk
1 Comment
When someone pays you a compliment, do you immediately shut them down and remark that “It’s nothing” or “no big deal”? Does the idea of someone praising you make you uncomfortable and leave you squirming in your seat? If so, you aren’t alone.

Women are generally taught to be humble and not boast about their accomplishments so dealing with one can be awkward. However, there is a way to learn to accept compliments like a lady, and we’re going to tell you how.

Simply follow this step by step guide and get ready to claim your compliments with elegant and grace.

#1 Consider the person giving it

Because the compliment is clearly directed at you, it is easy to forget about the person paying it. It’s almost as if once the compliment leaves their lips, they no longer exist as all eyes are on you at that point. But they do exist, and that is a very important point to remember.

How do you feel when you pay someone a compliment and they shrug it off? It may make you sad that they don’t know their own self-worth, or it may even make you a little angry because you may feel like they don’t trust your word. Either way, it doesn’t feel good.

That is exactly what you are doing to someone else by blowing off their words of praise. The last thing you want to do is make the person feel sorry that they complimented you, right? Well, that is why you need to move on to step number two… 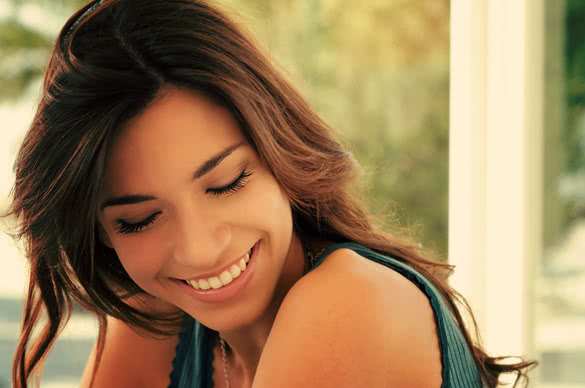 Although it happens almost automatically, the first thing you should do when you someone pays you a compliment (actually the second thing according to these steps, but you get the point) is to smile. It doesn’t matter if it is a sheepish, shy little grin or a big ‘ole tooth bearing smile. Just make sure the corners of your mouth are turned up!

Part of the purpose of paying a compliment to someone is to let them know that they did well, but it is also to make them happy. Well, what shows happiness more than a smile?

Because this happens pretty much on its own, this step shouldn’t be too hard for you. It’s actually the next step that may give you more of a challenge.

After the smile is placed carefully on your face, stop yourself from downplaying what you’ve done or even chastising yourself for not doing better and just say, thank you. These two words are more than enough to let the other person know that you appreciate their kindness.

Don’t worry about coming across as conceited or full of yourself because it isn’t going to happen by simply saying thank you. Your response will be genuine and true, just like their compliment.

#4 Carefully choose what follows “Thank you”

If you are a pro at following “thank you” with “but,…” then this step is going to be extremely difficult for you. At least at first, you may better serve yourself by not allowing any words to follow thank you. Just nicely close your mouth and continue to smile.

You may be saying negative things in your head, but don’t let them escape out of your lips. If you follow your “thank you” with a “but…” you are totally undoing the other person’s compliment. Essentially, you are telling them that they are wrong and you’re going to share with them why.

No one likes to hear that their opinion stinks in your eyes. It takes what is supposed to be a very pleasant situation (giving of a compliment) and turns it into something that feels bad. You don’t want to do that to your admirer, do you?

Once you are comfortable saying thank you and nothing else, then you can start adding short, general phrases to it. Perhaps you can say, “Thank you. I appreciate your compliment” or, “Thank you. That means a lot to me.” You’re not blowing your own horn by saying these things, but rather telling the other person that you value their opinion and are thankful that they shared it.

Here is where the process may become very difficult, especially if you have a hard time accepting praise. But, if someone is paying you a compliment, it is because they believe it – and you should too.

You’ve probably seen talented people that amaze you even though they fell like average, ordinary people. Well, that may be how others look at you too so believe what they tell you. Your opinion may not match theirs, but that doesn’t make them wrong.

Accepting compliments in a way that feels good may take you some time. Follow these five steps and you’ll get there eventually. Why? Because you are a Queen and you deserve it. Now… just smile, say “thank you” and believe it.