David Paulson
Add Comment
If you are having serious suspicions about what your boyfriend has been up to, then you absolutely must read this. Learn how to catch a cheater on time!

Whether it’s pure paranoia, or you have a reason to be concerned about your partner, there are ways to find out what’s going on when you’re not around, if anything.

But these methods may require some amateur detective work, as well as possibly putting some pressure on your partner.

Here’s how to get the truth out of your man and, eventually, catch a cheater.

Are you just being overly suspicious? 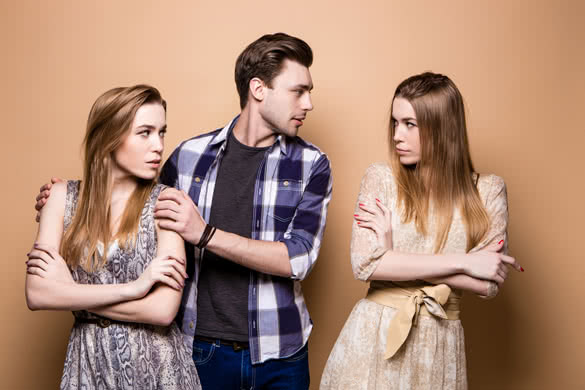 First of all, you should acknowledge that there’s always a possibility that 100 percent of your suspicions are coming from you and nowhere else.

Even if you have to force yourself, you must accept the chance that despite all of the suspicious things that have led you to question your partner’s fidelity, they may, in fact, be guilty of absolutely nothing.

And until you have probable cause to believe otherwise, you owe them the benefit of the doubt, for your own sanity’s sake if nothing else.

Constant suspicion is nothing short of tortuous. When jealous scenarios start to plague your sleep, control your thoughts throughout the day, and cause you to make rash decisions, there’s no denying that you’re in an all-out crisis.

How can you save yourself from this situation?

Act now to resolve your situation

There are several different paths you can take, but what’s most important is that you act as soon as possible.

Standing at a crossroad, emotionally torn will only prolong your pain. You can either walk out the door, forgive your partner for breaking your trust and give them another chance, or do whatever’s necessary to find out the truth.

Warning: for the sake of your relationship, don’t make wild accusations unless you’re prepared to face the consequences if you’re wrong.

If you have good reason to be concerned, you should definitely proceed, just know what you’re getting into. In that case, you owe it to yourself to find out the truth, to find out how to catch a cheater.

How to catch a cheater in a lie

Some people are better than others at telling a fib, but you know your partner as good as anybody. You should be able to not only notice a difference in their body language but also feel it in an overall sense if they’re not being truthful.

There are some specific indicators that you can spot, but they’re not exactly iron-clad. If you spot any of these indicators, you should know that the probability that they are lying is higher, but they shouldn’t be used as evidence necessarily. Without tangible proof, this is still speculation. 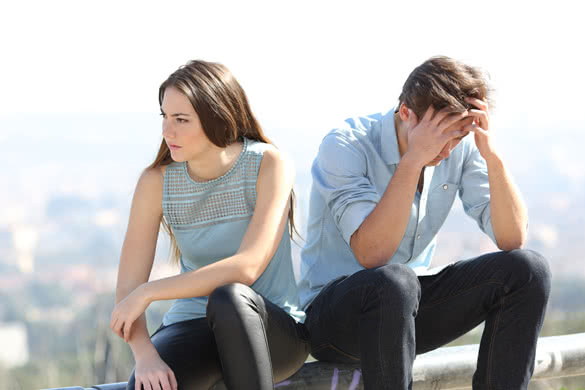 According to WebMD, if your partner is obviously having trouble looking you in the eye, it could be because they’re hiding something.

Maybe they feel ashamed and are having difficulty facing you under scrutiny. You can ask them to make eye contact if they are avoiding it.

If you say it in a way that doesn’t attack them in any way, it ought to mitigate the awkwardness and tension of the situation.

For example, instead of saying, “Look me in the eye and tell me what happened,” you can let them know that it would make you feel a lot more comfortable if they would look at you straight and explain what happened because for some reason you feel uncomfortable.

This is a much more peaceful approach.

Inconsistencies in their story

If their story changes or seems to have parts that just don’t make sense, that’s a very strong sign that they are making it up.

If they are indeed lying, that may not mean they cheated. Wanting to protect you from knowing something doesn’t necessarily make them a cheater, but it does violate your trust.

If they’re acting weird, they’re probably a reason for it. Some people actually have a nervous tic that they do when they lie.

You can test this out by trying to ask them something you know they’ll lie about if you can find anything. But it’s important to consider the fact that lying with confidence and being under pressure are two different things.

They probably won’t stress about a white lie, so keep that in mind and try to find something that will work well as a test.

Let them give you an explanation. Don’t do the talking for them by asking yes or no questions. Try to get them to tell you the story of what happened from the beginning.

If part of their story is shaky, pry for more and see how they react.

Listen to your gut 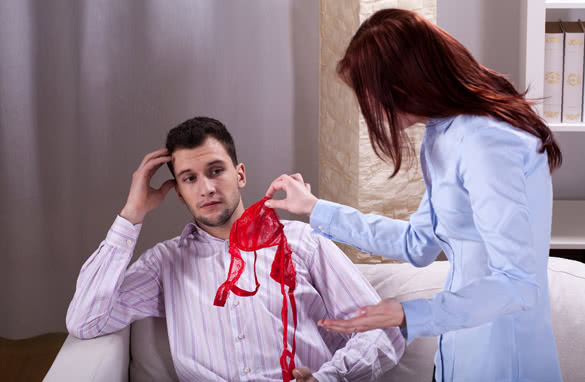 If they are lying, you can probably sense something is wrong. This “6th sense” is not some kind of mysterious power. It comes from noticing a number of unusual things simultaneously, some of them being on a subconscious level.

Your bond with your partner is so strong that your intuition will let you know when something is amiss, whether you choose to acknowledge it or not.

What it all comes down to when you have a few compelling clues but no solid evidence is: What does your gut tell you?

If the bond of trust is completely broken…

If you feel deep down that your partner may, in fact, have cheated on you or betrayed you in some way, your trust for them may never return. At that point, whether they actually did it or not doesn’t matter.

If neither of you can prove anything but you straight up don’t trust them anymore, that’s pretty much it. An optimist might say that the trust can be rebuilt, but that would take years and you always run the risk of wasting more time with that person and them eventually cheating on you anyway, years down the line.

When painted in black and white, the risk of that seems to be far greater than the reward.

Pick up your detective cap

If you have access to their phone, you may be able to find something if you do enough digging, but it’s unlikely. If they did cheat on you, they almost certainly erased any trace of it.

You’d be counting on them forgetting to erase something, and they could have done all of this before, so you might just be bringing yourself down to that level on a regular basis for no reason.

That being said, a phone spy app could help. If you can get one of them to work on your partner’s phone, you’ll be able to see who they’ve been talking to before they have a chance to delete anything. Some even support real-time GPS tracking.

Make sure to know when they ARE telling the truth

Unless you hear or see something unusual, you should otherwise assume that they are telling you the truth, and you should be able to know what that looks like if you want to be able to spot a lie.

It’s essential to know if you want to figure out how to catch a cheater, and also in order to avoid any kind of false accusations.

Trust is a delicate thing. If you’ve been hurt in the past, be careful not to carry any baggage or trust issues into your new relationship.

But if you have reason to suspect something, take action now to resolve the situation in any way you have to before it grows into a long-term burden and becomes an even bigger problem than it already is.

With the above tips, you’ll be well equipped to face your partner about why they’ve been acting so weird, and then you’ll have the opportunity you need to solve the mystery and finally catch a cheater.

How To Make Your Crush Fall In Love With You
He Ghosted You And Came Back – Should You Forgive Him?
Comment