John
Add Comment
Imagine two different women – one just entered a serious relationship, the other one is married with children. The married woman feels like all the pressures and responsibilities are on her shoulders. At the same time, her husband is often absent or distracted by work.

The other woman, after a fairytale beginning of her new relationship, finds herself feeling empty. As the days go by she often wonders is this all there is, and did she got stuck in something she never truly wanted?

What do these two women have in common? Both are unhappy in their relationship.

The Constitution of the United States of America cites happiness, alongside life and liberty, as one of the inalienable rights granted to man. Yet, in our daily lives, happiness may seem as a distant, hypothetical concept.

This also applies to relationships. You may one day wake up and realize that you aren’t happy in your relationship. A great many women that I have worked with usually recall the exact moment when they discovered that they don’t find any happiness alongside their husbands or boyfriends.

But, at the same time, most of them didn’t act on that knowledge for a long time, deciding that happiness must not be a priority in their lives.

The writers of the Constitution understood, like modern psychology, that happiness is a big deal and should never be ignored as a childish desire. If you are unhappy, you should do something about it, whatever your exact situation might be. Never downplay your feelings, especially those that are a strong driving force in your life.

I will give you several tips on what to do if you are unhappy in a relationship.

The Truth Hurts, but It Can Set You Free 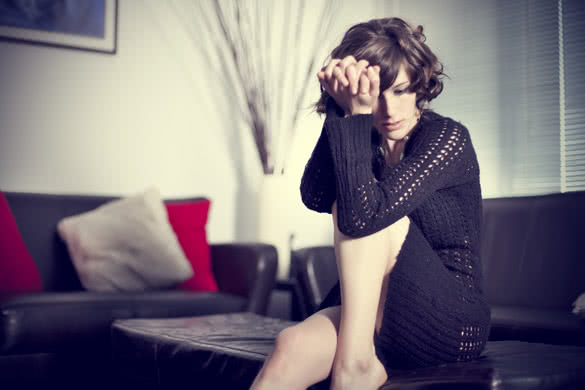 Take a good, hard look at your life. Dig deep and try to examine every problem you have. Dissect those problems and separate them. Some will have origins in your professional life, while others will involve your parents, siblings or any other family you might have. Try making a list if you think it will help you in this task.

There is the possibility that you are just reflection your own problems and moods onto your partner and the relationship. If you can’t vent your feelings about your job or any other issue, this can create a false perception that there is something wrong. For example, if your parents often inquire when do you plan to raise a family, the pressure could spill over to you relationship.

Boredom is a notoriously problematic feeling. If you feel bored in your relationship, acting on that feeling is really tricky. How can you know for sure that you yourself aren’t the main reason for boredom, and not the relationship? Explore this feeling as much as you can before you declare to your partner that you think he is “boring”.

In other words, pinpoint the problem as precisely as you can. These may include a widening emotional gap, a feeling your partner isn’t really devoted to the relationship, a deep distrust about his actions (suspecting he might be having an affair) or something similar.

Silence May Be Golden, but Not Today

When you know what’s bothering you, prepare to have ‘’the talk’’. Choose the time and the place, and then confront your partner about your unhappiness. Explain exactly how you feel in that moment, and then let him talk – maybe he also noticed that your relationship lost some of its energy and zeal.

After you find out how he feels about everything, bring up the issue that you think is the source of the problem. Be open to his interpretation of the whole situation, and don’t get into an argument if he doesn’t agree. Together, you should try to determine what is blocking your mutual path to happiness.

For example, if you feel like he isn’t devoting you enough of his attention and free time, and instead pursues his hobby or spends time with friends, tell him exactly that. If he thinks he can’t change that part of his personality, you must decide whether you are willing to build your relationship around it, and somehow bridge it, or is that issue a ‘’deal breaker’’ for you two? 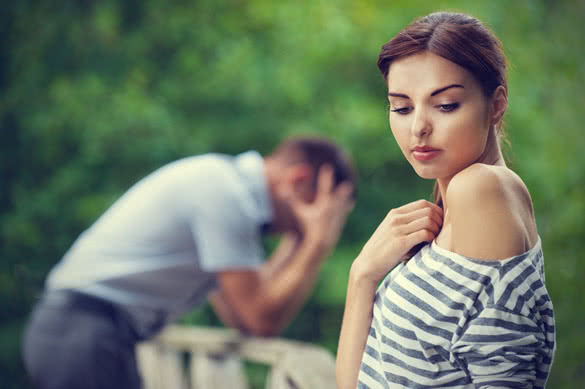 Some relationships can be repaired, especially if you work hard. Other is simply not meant to be. My advice would be to always try your best to resolve your differences and do your best to overcome all obstacles in your relationships.

This process isn’t simple or short – maybe you will decide to find that extra little joy of living in some other parts of your life, like, for example, taking up writing or painting.

After that, there is a possibility that your newfound interests will rub on your husband or boyfriend, and that your relationship will transform itself into something new and more comfortable.

And the odds are in your favor: one survey from 2002 found out that 78% of participants that stated they felt “very unhappy in their marriages” 5 years later stated that the felt “happy”. Like I mentioned before, relationship can auto correct if you work on the real issues, even if you don’t feel like we’re doing anything major or important.

But, don’t be afraid to admit to yourself in one point that your relationship is over. Because, after all, being unhappy is the worst possible outcome. Even if you two have children, do you really believe they will have a fulfilled childhood in that case?

The founding fathers believed we all deserve to find happiness. You are not an exception. Look for it, even if it means looking past your current, unhappy relationship.

SMS: It’s not You It’s Me
Confidence: Why He Doesn’t Have It and How You Can Help
Comment