Scarlett Robinson
Add Comment
Find out how easy it is to express how you feel and what you want by learning how to flirt with text messages.

The Trick To Flirting With Text Messages

If you want to flirt successfully via text message, you first have to realize that you are missing a vital number of advantages to flirting face to face – namely, you don’t have body language to your advantage, and you have no external stimuli to bounce off for interesting conversation. It is difficult to flirt with confidence when you can’t really gauge his response, because you can’t actually see him. Instead you have to get everything you need to know from his text responses. It isn’t always easy to read a text message though, is it? Misunderstandings and embarrassments are bound to happen!

The ultimate trick to flirting successfully with text messages though, is to be aware of all these setbacks and acknowledge that you will have to keep things simple and be super clear with your intentions. And that takes a self-assured kind of confidence. Don’t worry though, it’s okay to display a certain level of arrogance when flirting by text, and if anything, your certainty will put him at ease, because he won’t have to figure too much out, or worry about making any mistakes.

If you want to make sure that your text flirting gets you what you want – which is hopefully his attention and possibly a date – then you have take the driver’s seat and steer him in the direction you want him to go. When you want something in particular, the less guesswork you leave him with the better, unless you are attempting to set him up with a thought so that his imagination will do the rest – which is also a perfectly fine way to text flirt.

Many women get frustrated with men because men don’t seem to ‘get’ what we want. Usually this is because we are experts in giving mixed messages and making it as difficult as possible for a guy to understand what it is that we actually want! When you are text flirting, the opportunity for confusion is so high that it is essential you get straight to the point. Try to be as obvious as you can about what you are trying to say.

For example, if you want him to know you think he’s hot, don’t faff about or try to come at it from different directions, just tell him straight out – “I think you’re hot!” Any guy, once they see this message pop up on their phone will forget everything they were previously doing and want to know more. You have targeted his ego, and you have made it very clear that you are interested in him, so now you can have some fun. 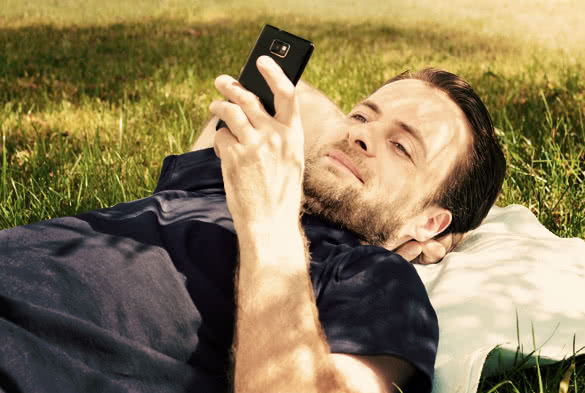 A sense of humour is sexy, so if you can make him smile when he reads your message you will immediately pull down any barriers and insecurity. He will know immediately that you are a friendly and fun person and he will want to experience more of that. You can also make a guy smile once you have got his attention by being playful and teasing him. You have already set the tone, told him you like him and made him smile, so teasing him now will add to the flirtation and the bond you are building.

#3 Make Him Want to Chase You

You don’t want him to take your text flirting for granted, so don’t always be available to flirt when he is. If you are then he will know that you will drop whatever it is that you are doing, which means your own life is less important. Men find women more attractive when they have to chase them. It shows you are independent, which is a sexy trait. You can show that you are emotionally independent by keeping your text flirtations within limited time frames. That means no flirty texting into the small hours of the morning – you have a job to get up for! And always leave him with just enough to keep his imagination reeling – that means refrain from giving him all the nitty gritty details, leave some room for mystery and he will want to know more.

#4 Try To Be Original

One way of being original is to have a great sense of humour. Use your wit to conjure his interested. A girl who has intelligence is often far more stimulating, and even more of a turn on than a woman who knows how to write sexual obscenities into her phone. Make clever observation about people and life and you are bound to say something he can relate to, or provide him with some interesting entertainment and insight into the way your mind works. A girl who is a little bit different and not afraid to show it, is quirky! Men like quirky because it seems natural, innocent and endearing.

#5 Don’t be Boring or Predictable 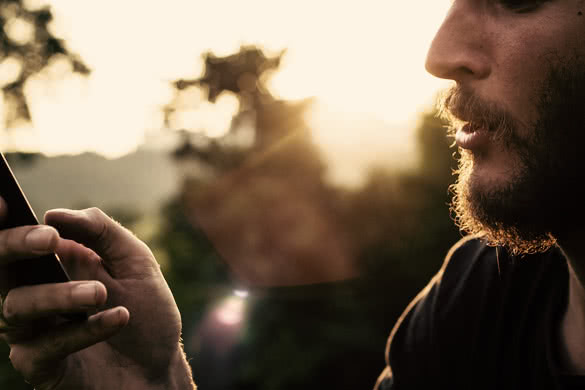 If you want him to look forward to receiving text messages from you then make them worth reading. Don’t open with the usual – “What’s up?” Open with an amusing anecdote or thought-provoking question. Start with a question or statement that requires his input to make him feel immediately involved and ‘switched on’.

#6 Don’t Come On Too Strong

Taking control of the direction you want a flirtatious conversation to go in is one thing, but trying too hard is a dead giveaway. The best way to flirt is to sound as natural as possible – so be your self. Be casual, and don’t try too hard to be funny if it doesn’t come naturally, because it will only come across as awkward and you will both end up feeling uncomfortable. Also, give him some time to get back to you first so that you’re not always the first person sending the text message. It is all about getting the right balance.

One thing we haven’t included in this article are real-life flirty text message examples, and the reason is that we want you to provide your own examples! Tell us about your successful text flirt experiences, and also your not so successful ones, so that YouQueen Readers can be prepared.

Is He Flirting With You? Here’s How To Tell
10 Absolutely Worst Types of Men to Date
Comment