Anna Fani
1 Comment
When you fall in love, it’s hard to hold back from shouting it from the rooftops. But, what should you do after saying I love you and not hearing it back?

How many movies have you watched over the course of your life where someone is not being told the same thing after letting their partner know how they felt? Did it quickly lead to the degeneration of the relationship and eventual separation because they simply couldn’t move forward afterward?

Carrie and Big’s emotional roller coaster in Sex and the City is probably the first thing that comes to your mind. It can be argued that it was just a TV show but aspects of it mirror a lot of people’s reality.

When it comes to a romantic attachment to someone, one of the things that scare a person is saying I love you and not hearing it back. Or, the person responds but by saying something banal like:

• I love the time we spend together

• I thought this was just physical

• A hug followed by a long pause

Whichever the chosen phrase or reaction, they all pack an equal amount of punch to the emotional gut. “He didn’t say it back,” is the only phrase that will keep ringing in your head subsequently as you ponder what to do.

There are two natural reactions that can occur in such a case. You start using subtle and not so subtle tactics to pressure the person into saying it back on the spot or you panic and become desolate, and think the person doesn’t love you at all, then you bolt out of the door and make a run for Jupiter.

Do not do either of those things. 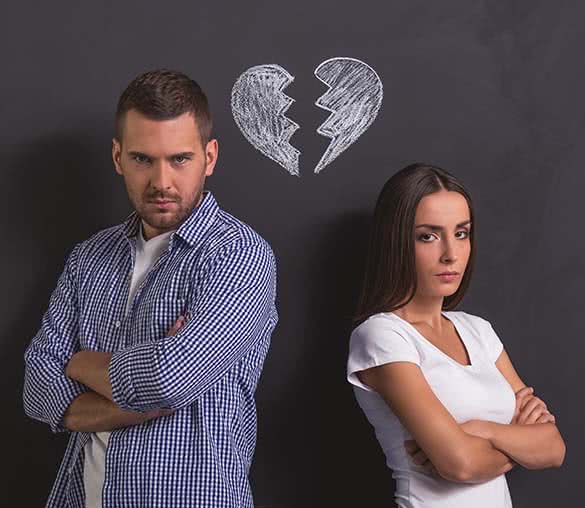 It was how you felt and you chose to express it at that moment. It’s the truth so there’s no need to wish you could take it back.

Be honest with yourself

How long have you been dating? If it’s only been a few weeks or months, kudos to you for being able to figure your feelings out so soon. However, you’re two completely different people and it might take him a bit longer. Saying, “I love you,” means moving the relationship forward in ways your partner may not be ready for emotionally or mentally. Understand and accept it.

Go about your business as usual

Keep things normal. Don’t dwell on it. For instance, if you were on your way out to dinner when you said it, continue with your dinner plans or take a walk in the park. That reaction speaks tons more than bolting out of the door and creating an awkward situation.

Don’t obsess over it

Saying it first makes you emotionally vulnerable and you’re going to feel scared. Don’t let it make you whip out flip charts and scientific studies and start plotting the trajectory of the relationship. Trying to prove why he should have said, “I love you too,” at the exact same date, time and in the manner you said it won't get you anywhere.

Put yourself in his shoes

Imagine someone telling you they loved you and you weren’t exactly in the same spot yet. That crazy red flag reaction they might have is what you’re thinking of having now.

It doesn’t mean the person doesn’t care for you 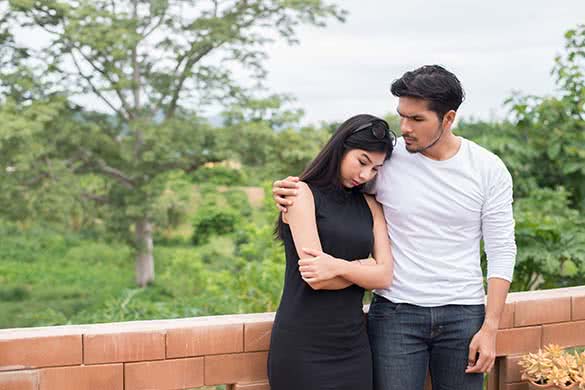 It means they’re not at the same place where you’re at yet and that’s not a bad thing. They’re trying to get to know you better. Give it additional reasonable time and then check to see where you’re both at, feelings wise. The timeline is in your head. Don’t give the person an ultimatum to say it back or else. Pressure will only backfire.

Ask yourself why you need to hear it from him

Why does it mean so much to you? Not everyone is great at grand emotional gestures or expressing their emotions. Observe how the person treats you. Does he involve you in his life? Does he show you off to friends and family?

Is he proud to be seen out and about with you? Does he talk to you about the future? Does he show up when you need him? He loves you. He’s just not ready to say it. Be patient. Don’t attach yourself to those words so much that you overlook your experience in the relationship.

Keep the phrase to yourself for the time being

You’ve said it once. He heard it. He’s not deaf and he doesn’t have amnesia. Give him some space. Saying it more than once without hearing it back is just as emotionally gut-wrenching as the first time.

You want him and you love him but you don’t need him. Go on about your life and let him come to you with it when he’s ready.

Having said all of the above, one thing to keep in mind is that maybe he didn’t say it because he doesn’t love you the same way and he may never do so. That’s where the additional time comes in.

Use the time to study his behavior and determine if he didn’t say it because he’s not in love with you or because it’s taking him some time to get there. The former means it’s time to move on while the latter means don’t blow up your relationship just yet.

If you’re thinking of telling your partner you love him after reading this article, do so, but without any expectations of him saying it back. It’d be great to hear it back but if you don’t, you should equip yourself with the emotional fortitude to be fine with it.

Anna is a writer, bookworm, avid traveller, chocoholic and fitness enthusiast who believes in happiness, following your dreams and making every day count. She is the founder of The Writer Entrepreneur, a self-empowerment website for women.

Office Romance: How To Deal With A Crush At Work
What To Do After A Breakup – 8 Ways To Actually Get Over It
Comment