Andrea
1 Comment
Statistics show that close to 2.4 million women get married each year, but there are still no studies that would calculate how many women are still waiting to be asked "Will you marry me?”. Find out when is your boyfriend ready to propose. Get ready!

Despite the fact that gender roles have changed in recent decades, a tradition that a man asks for a woman’s hand still remains strong. A woman’s waiting for her man to kneel and pop the question can certainly drive her to anxiety and stressful thoughts. Even independent, rational women can fall into this “hopeless spiral”, which can drive them to instability and lack of self-confidence.

Since the age we are entering the wed lock has shifted (average age is 27 for women and 29 years for men), and that many unmarried couples are living together, it’s no wonder that many women are troubled with the question of when or whether they are getting their marriage proposal.

Imagine a situation – after 4 months of dating, a guy tells her that you are the kind of woman he wants to marry. Engagement seems quite a certain thing. She is now secure about their relationship, but time passes, holyday after holyday, and there is still no ring flashing on her finger. Although she believes he is the one, that he’ll go with it all, even children, she cannot wait forever, right? How long should she wait? How long should YOU wait?

To help you find out if he’s getting ready to propose, here is the list of actions that might indicate a diamond ring:

If his single man cave slowly transforms into a place where it’s possible to have a home life (from your point of view), it’s likely he has a family, wife and children combo in his mind. Sure sign that something is cooking is if he asks you to tag along while picking out furniture or gardening tools – anything that might suggest he’s involving you in changing his habits and view towards companionship.

Pay attention if the chosen one changes his habits when it comes to spending money. As an unmarried man, he spars no expense in buying what he wants whenever he wants it. If you notice him dropping the ball and not buying airline tickets in five to midnight, when they are most expensive, that means he is saving that money for other things. A diamond ring or moving in together expenses, for example? 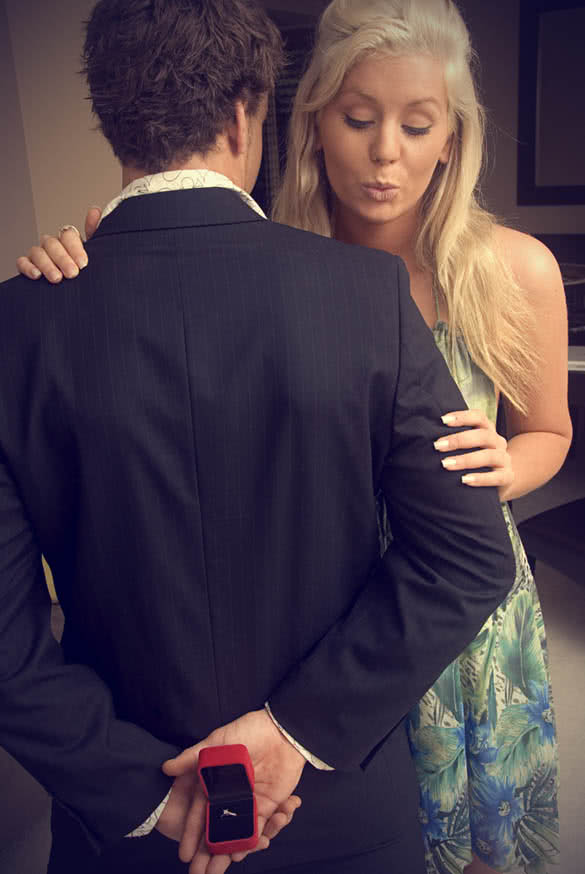 Your favorite ring has gone missing? After a painstaking search, it mysteriously appears where you think you left it in the first place? Don’t make a big fuss about it because it is likely that your boyfriend temperately stole it so he can measure the size of your finger. And you know what that means…

4. His Growing Interest in Weddings

Convincing a guy to put on an elegant suite for your friend’s wedding can be quite a challenge. Become positively suspicious if he’s suddenly excited when they are about to say “I do”. If he wants to get involved in picking out wedding gifts, there’s no mistake he’s getting caught up in the “wedding fever”.

Before popping the big question, some men become fully excluded from the real word and what’s going on around them. If he still showers with love, tenderness and care, but seems a bit swept away, and far quieter than usual, he might be mentally preparing himself for the proposal. So avoid getting all private investigator on him.

Women who are burdened with the question: “Why is he still not asking me to marry him?” must be aware of the consequences this may have on their physical and mental health. Most women do not know that this uncertainty can lead to anxiety, loss of concentration, and depression.

Never doubt yourself or your own value. There is nothing wrong with you because he hasn’t proposed yet.

Giving him an ultimatum won’t get you anywhere. It’s actually a pretty bad choice of action because it won’t work if you’re not prepared to leave him. He might interpret it as a threat and choose not only to avoid marriage but to end the relationship in whole. This kind of aggressive verbal attack can only backfire. It’s not about the ring, it’s about preserving something that is good and true between you two. Maybe he is just buying time until all the things are set.

If you are unconventional and have no problem with taking the lead, you can propose to him. Have in mind that if you want this marriage to be long-term and steady, you should probably leave the kneeling part to him. Both sides should be ready for this step and if he is, for some reason not as ready as you are, give him time instead of pushing it to “yes or no”. Only 1 out of 200 women admitted she was the one to propose.

The point is – No matter how much time he needs, never degrade yourself by begging or blackmailing him into marriage. It’s a very serious step which bounds you for life so if he said you are the one, and there’s no ring after more than five months – maybe it’s time to reevaluate your expectations. Keep your dignity and common sense. Remember it’s not about the ring – it’s about committing yourself to someone for life.

To conclude – If you want to know How to Get Your Boyfriend to Propose – arm yourself with patience, realistic expectation, lots of romance and loving. Follow your inner voice, if you feel he won’t commit, don’t waste time. But give it some time to settle, you’re in it for life. 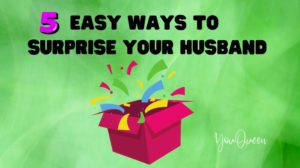 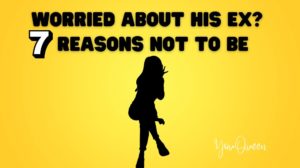 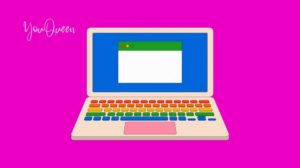 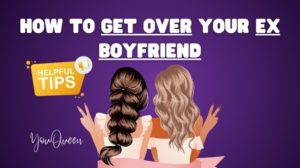 Andrea is enjoying life in France, learning the language and culture. Her passions are writing, photography, art, jazz and everything on the web. She's hoping to start her own business encompassing all of her interests.