Ending a relationship with anyone is not easy, but breaking up with someone you love is the hardest things to do. Follow these tips to make it more bearable.

Let’s face it, nobody ever wants to break up with someone that they’re madly in love with, but sometimes you just have to, you know? Sometimes you’re on a different life course to your significant other and you know that you’re both heading in totally different directions.

Sometimes you can be madly in love with someone but know that you just can’t make it work at this point in both of your lives. Who knows, maybe you’ll meet again later in life.

Sometimes you can be so hopelessly in love with someone but deep down you know that you’re just not meant to be. You know that you need to end it. Yes, it will hurt- a lot, but ultimately it’s the right thing to do. 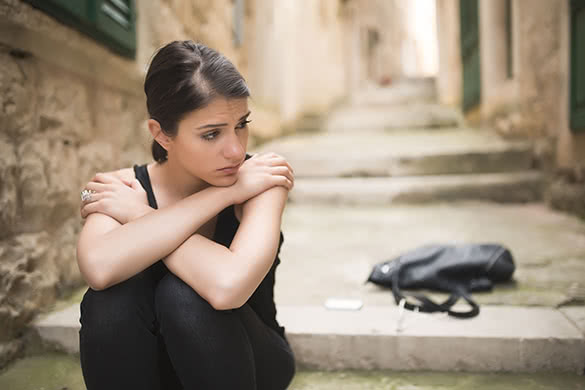 Before you break up with someone you’re still in love with you need to ask yourself a few questions to make sure that calling time on your relationship is really what you want.

Have you been thinking about this for a while or are you just a little mad over something your partner has done? Are you going to stand firm in your decision and not change your mind mid-conversation when you’re in front of your partner, seeing how sad they are?

Are you prepared to have this person out of your life for good (sometimes you can remain friends but there’s always a big possibility that you won’t)? If you’ve answered yes to these then you’re ready. 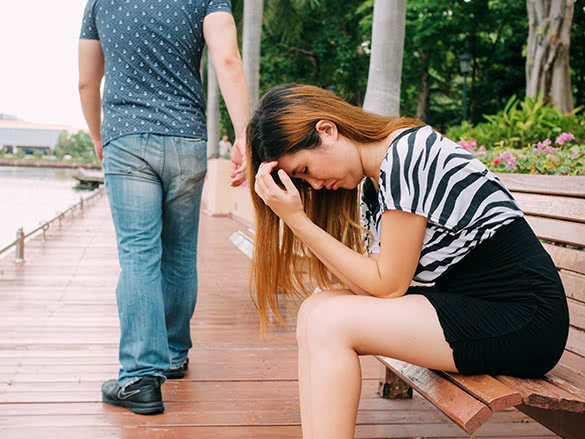 You know the one I mean. It’s not you, it’s me. If it is them then tell them (in as nice a way as possible, of course). Yes, it might hurt them if you’re telling them that they’re not right for you but honesty is always the best policy.

I, personally, would rather know why someone is ending it with me than have to keep turning a clichéd phrased round and round in my head for weeks afterwards, wondering what it means.

4) Just be straight with them

This is similar to the cliché one above. Don’t give them excuses or ramble on before you get to the part where you tell them it’s over. It’ll only make it worse for both of you to drag it out and making excuses isn’t fair to them.

Like I said above, honesty is the best policy and someone you love deserves to know why you no longer want to be with them. By that same token, if you don’t think you can handle being friends with them afterwards, tell them that too. Tell them that it’d be too hard to have them in your life but not be in a relationship with them.

5) Remind them that you love them

This is controversial one as it could give them hope of winning you back, or it could confuse and upset them more. They might not understand why you’re ending it if you’re still in love with them.

6) Be prepared for them to not be so nice 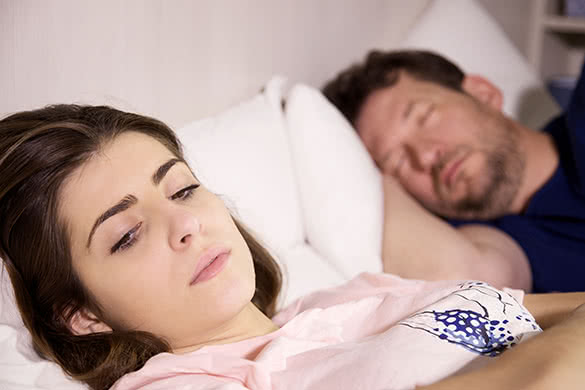 Everyone is different so I don’t want to speak on behalf of everyone’s partners but people often change for the worse at the end of relationships. They could get nasty and start saying some not so nice things to you in the heat of the moment. It will hurt but being prepared for it might soften the blow a little.

7) Try not to retaliate

Following on from the one above, it can be so easy to start screaming at your soon-to-be ex and yelling insults at him/her when they’ve started yelling at you but try not to retaliate.

It will do more damage in the long run if you start yelling that you hate them when in actual fact you feel the complete opposite. Take the moral high ground and when they’ve calmed down they will (hopefully) be grateful that you did. 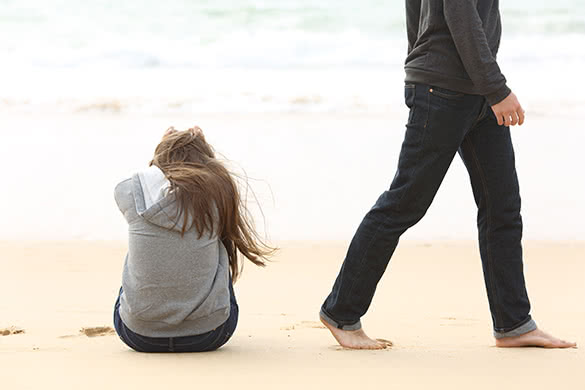 If you’ve ended up having a huge row instead of a calm conversation then try to make up before you part ways; you might think it’ll be easier to walk away disliking them but in the long run you’ll regret ending with someone you loved on bad terms.

Saying goodbye to any relationship is one of the hardest things to do but it’s even harder when you’re still in love with the person. Make up sex, final kisses, giving back each other’s clothes, deciding who gets custody of the cat are all tricky issues, and are ones that only the two of you know how to go about them (if at all). Saying goodbye properly offers some sort of closure.

So, there you have it, how to end a relationship with somebody you’re in love with. Like I said at the beginning, it’s not going to be easy but with a little preparation, it doesn’t have to be as horrible as it could be.

You should also remember that it’s going to be hard for you in the weeks and months after the breakup. Don’t feel like you don’t have the right to be upset just because you were the one who ended things, and don’t let other people tell you otherwise.

There are people out there that believe that people shouldn’t be that upset over the ending of a relationship if they were the one who ended it, but they’re wrong. You’ve just had to cut someone that you’re still in love with out of your life so of course, you can be sad.

You’re allowed to mourn the end of your relationship and you’re allowed to be upset about having to say goodbye to somebody you love. Let yourself cry and eat ice-cream for a little while if that’s what you need to do.

Also, don’t feel guilty about bringing an end to the relationship. You’ll probably have doubts afterward and you might find it hard to stop loving them, but you did it because it was the right thing to do. And if you’ve followed my advice you’ve done nothing wrong!

Have any of you ever had to end a relationship with someone you love? Are there any other tips you’d add? Let us know in the comments!

Guy Reveals: Things Men Hate About Women
How To Tell Your Crush You Like Him – An Honest Male Advice
Comment