Kristin Buchholz-MacKillop
1 Comment
Crop tops, though they have been around for a few seasons now, can be a difficult trend to wear. However, there are two key tricks to getting the look just right.

As it happens with so many trends that first appear on the fashion scene, the crop top trend was a highly controversial revival when it first started reappearing on runways, street style blogs, and in the collective consciousness of the fashion pack. Most of us hadn’t given our midsections that much thought (outside of the gym, that is) since the late 1990s. In fact, for many of us who were around for the first incarnation of bared 90s midriffs, the new revival of the crop top was met with a mixture of cautious trepidation, outright dread, and more than a hint of panic.

Yet like so many other trends that have stuck around for the duration (think skinny jeans), crop tops featured heavily once again on the runways of Spring 2014 Fashion Week: Michael Kors showed bandeau bikini-style tops paired with matching pencil skirts, Dolce & Gabbana showed a variation on their ever-popular cropped black lace bustier tank, and Kenzo presented a play on boxy button-down shirts in art-pop prints that had been artfully-cropped along the pattern of the garment’s fabric.

As prevalent as this trend seems to be, many believe that it is a trend for the young, the ultra-thin, or the über-adventurous. In reality, with just a few key styling pointers, there are actually quite a lot of people of all shapes and sizes that could partake in the cropped top trend. Two ways to really make a cropped top look appear fresh and cohesive: choose a matching cropped top and skirt or pants set, and choose a cropped length that just barely hits at the natural waist, allowing for only the tiniest peep of midriff when you move.

The Modern Crop: Two Foolproof Ways to Wear It

A common fear that is often voiced when the topic of crop tops comes up is the fear of looking like you are underdressed, if not downright undressed. The best way to avoid both this feeling of overexposure and the potential embarrassment of feeling underdressed is to pair your cropped top with a matching high-waisted pencil skirt or pair of trousers; a sort of crop top twin set, if you will. This use of a cropped top as a part of a look created from separates is potentially an excellent alternative to a cocktail dress for evening functions, provided the ensemble is crafted from a sufficiently formal and well-made fabrication.

By matching your fabrications, the look becomes intentional, cohesive, and somehow edgier. On the spring 2014 runways, this was the method used by such popular design houses as Diane von Furstenburg, Lacoste, Jill Stuart, and Suno.

Most Popular Ways to Wear The Crop Top

The most user-friendly way to wear the cropped top trend this spring is arguably one of the most popular. For the past few seasons, designers have been playing with volume like never before, and as a result, we have been left with many loose-fitting, slightly boxy, yet cropped silhouettes to choose from. Sure, when described in print it may certainly sound less than appealing, but these more voluminous, cropped styles are comfortable, modern, and infinitely wearable.

Choose a top that hits just at your natural waist. When paired with a high-waisted pant or skirt, there is actually very little midriff on show, yet the illusion of a defined waistline is undeniable. The overall look is also less jarring for someone who is unaccustomed to wearing flesh-baring styles, as the looser, more voluminous fit of these new cropped tops have an ease and elegance about them that balances that small flash of midriff. During Fashion Week, These louche midriff-peeking styles were seen at Helmut Lang, Derek Lam, and Rebecca Taylor, among others.

The cropped top trend, despite its rather intimidating nature and previous incarnations, is indeed a fresh look for spring 2014. Whether you are completely comfortable at the forefront of emerging trends, or prefer a more conservative approach, these two ways of wearing Spring’s cropped styles ensure that there is surely a cropped style out there to suit everyone. 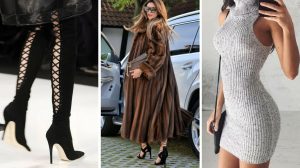 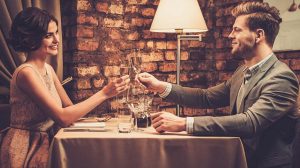 What To Wear On A First Date: Top 10 Style Tips 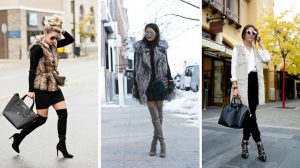 Fashion 101: How To Wear A Faux Fur Vest 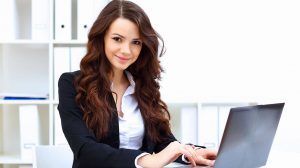 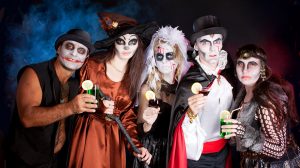 Kristin is an American writer based in the Scottish Highlands. She is a saxophonist, an obsessive tennis player, a U.S. Air Force Veteran, and holds a Master's degree as an Acute Care Nurse Practitioner. She is the author of the online style blog highlandfashionista.com