Christina DeBusk
13 Comments
Want to make your guy so hot he can’t think straight? Would you like to learn how to take him to the cliff of physical bliss and watch him try to hang on for dear life?

Let’s face it ladies, even though we like to be satisfied, nothing feels sweeter than knowing you have what it takes to make your man so ready to let go that he can’t hold back. When you take control of the reigns and drive his desire where you want, it’s a victory worth celebrating – for both of you.

What can you do to take him to his boiling point and make him ready to explode? Try these simple techniques:

#1 Don’t Be Afraid to Put Your Mouth Where the Money Is, Literally

Give him a little oral action and you can’t go wrong. Let your tongue caress his manhood like he’s a lollipop and you’re a girl who fancies sugar.

Don’t bury your head when you’re showing your skills, either. Men are visual so let him see what you’re doing to take his excitement up a notch.

If you’re comfortable enough, look him in the eye while you’re satisfying him. If not, then keep your eyes closed and let the expression on your face and your stifled moans tell him that you’re enjoying it every bit as much as he is. Seriously, there’s not much that turns him on more than having his woman worship him… and if you’re not completely confident about your skills, be sure to study Jack’s classic guide to better oral.

#2 Build His Anticipation – All Day

When it comes to sex, the more you anticipate the event, the greater your level of excitement. So, if you want to make him burst through the door when he gets home from work ready to take you right then and there, start working on him that morning.

As he’s ready to walk out the door, give his nether region a quick, fleeting caress while you whisper in his ear that you’ll be waiting for his return. While he’s at work, send him racy texts or pics of you in suggestive positions.

One word of caution: make sure he always has his phone on him if you take the text or picture route. There’s nothing worse than his boss seeing your private photos and then having to say hi to him at the office Christmas party.

With men, it’s all about his imagination. That’s why “mental foreplay” is so important… you want him thinking about you all day before actually getting together. And the best way to do that is texting something naughty.

#3 Take the Time to Tease Him 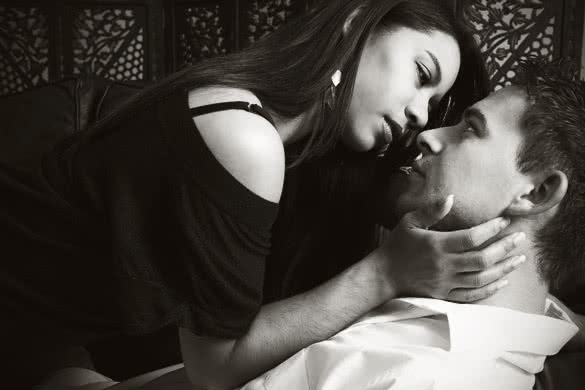 Don’t just rush into sex with him. Sure, that’s what he may think he wants, but if you take the time to slowly build him up, his release will be that much more pleasurable.

Softly run your lips across his chest, throwing in some intermittent tongue and skin connection. Work your way down his body, spending time softly kissing his inner thigh area. Having you so close to his sensitive parts without actually touching them will drive him out of his mind.

#4 Find Out What His Fantasy Is and Make It Happen

Does he desire a sexy nurse that is there to cure his every need? Or, is it a hot cop in a barely there uniform with cuffs and whips that excites him? Whatever it is that sends him from zero to sixty, do it.

When he sees you playing the part that has been in his mind, unsatisfied up to that point, he won’t be able to help himself. Whether he wants you to be submissive or in charge, you will take something he has always dreamed of and turn it into a reality.

#5 Pleasure Yourself Along the Way

Sounds kind of crazy, but men like to see women take their sexual desires literally into their own hands. So, while you’re working to bring up his level of excitement, don’t forget to work on your own too.

Not only does this make him hot enough to set off his pressure cooker, it also shows him exactly how you like to be touched. No doubt that he will take that information in and try to replicate it so he excites you as much as you’re able to excite yourself.

#6 Do a Strip Tease for Him 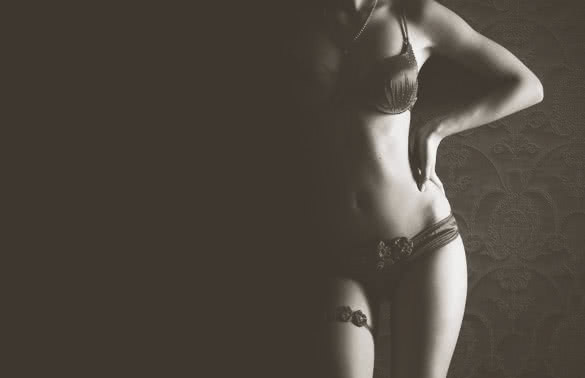 Unleash your inner bad girl and be the little sl*t on stage. Put him in a chair, turn on some music and slowly and seductively dance around him while removing your clothing one piece at a time.

Randomly touch him at different points using different body parts. Run your fingertips along his shoulders while you’re behind him or let your legs lightly touch his when you’re moving sexily in front of him.

For added effect, you may want to bind his hands together behind his back. The very fact that he can’t touch you when he wants nothing more than to pull you closer to him will drive him wild beyond belief.

In case you don’t know, these are the muscles in the wall of your vajayjay (your vagina). When you have strong muscular structure in your “love box,” you can heighten his pleasure by contracting them as he’s ready to release his excitement.

The muscles are pretty easy to condition. Just contract your muscles as if you’re trying to stop yourself from urinating. Hold the contraction for four seconds and release for four. Doing this simple little exercise ten times in a row, a few times a day, will give you the oomph you need to make him say “ah.”

If you’re an over achiever, they also sell balls you can stick inside yourself and work to hold in place, even while you’re walking around. Might sound kind of strange, but they would make you work your muscles because you don’t want them to fall out and roll under the couch.

#9 Let Him See You from all Angles

How best to do this? Lots of mirrors. If he’s behind you and there’s a mirror in front of you, he can enjoy the view of your backside while still seeing the pleasure on your face. Or, if you’re on top and a mirror is above you, he has the joy of seeing you from two different angles at the same time.

While you don’t necessarily want your bedroom to have enough mirrors to qualify for a funhouse at a theme park, a few strategically placed reflective surfaces will definitely enhance his sexual pleasure.

Even if he ordinarily likes to be the one in control, showing him your assertive side may get his sexual juices flowing. Don’t be afraid to be a little bossy and tell him what to do. Take his body and make it your playground.

No matter what you do to satisfy your man and take him to heights that most men dream of, one thing is important to always do – enjoy yourself in the process. If he thinks that you’re not having a good time, it’s not going to be a good time for him either.

And here’s another quick tip to make him go crazy: talk dirty to him! I mean, there’s so much you can do with dirty talk to drive his imagination wild… so he’s thinking about you all day, waiting, craving you in his mind, and banging the door down to tear your clothes apart and get to you. The only thing is, you don’t want to say something dumb or sound weird, the key is that you’re completely confident when you say naughty stuff to him (or text)… that’s why I recommend you use some of the tricks in Felicity Keith’s popular Language of Desire.

So, there you have it, some ideas to turn him so he’s rock-hard for you, and only you. Let your seductive side out to play and you’ll have just as much fun, if not moreso, than him. Be bad, in a good kind of way.

HOW TO ORDER “LANGUAGE OF DESIRE”?

A lot of readers asked us about this so we decided to share how.

Click this link here and when you scroll down to the bottom of the page click “ADD TO CART.” Once you complete your order, you will gain INSTANT access and can start learning the art of dirty talk within minutes.

Don’t forget your purchase is 100% RISK-FREE, backed up by a 60-day money-back guarantee. So you’ve got nothing to lose to give this a try and see how it works for you.

Tagshow to turn him on