It isn’t always easy to tell if a guy likes you or not. Sometimes we ladies have to play the waiting game and hope for the best. Then, there are those times a guy likes us but he is either too scared to let us know or isn’t ready to realize it himself.

Some men are naturally nice to their female friends, but there’s always a line between “nice” and “interested.” These are the signs a guy likes you, and you should pay attention.

#1 He Remembers Every Little Detail About You

Was he one of the first people to wish you a happy birthday? Does he remember your favorite flavor ice-cream or the way you take your coffee when you go out? When a guy remembers little details about you, he’s definitely interested in you.

Most men have a limited attention span and are not nearly as obsessed with details as we women are. If your guy can remember something you told him weeks ago (and even better, if it’s something little that you don’t remember even saying to him), then he’s paying close attention to you because he’s interested in you.

When mother nature calls or “aunt flow” comes to visit, most men will run for cover. There are the occasional men who will still want a booty call during your least favorite time. However, if you have a guy who brings you Aspirin and chocolate, then cuddles you with a chick flick, he’s interested in you as more than a friend.

Men do not naturally want to be around us when we’re on our cycle. With good reason, too (we’re psycho). However, if he can put up with your crazy, without wanting anything in return, then he’s interested in you (he might also be a keeper, this one).

#3 He Advises You NOT To Date His Pals

Guys will generally try to hook their pals up with women they know because it’s convenient and it doesn’t take much work. However, if you have any sort of interest in any one of his male friends, and he adamantly refuses to hook you up with any of them, then he respects you and is also, more than likely, interested in keeping you for himself.

#4 You Get Random Gifts

Flowers, candy, mixed tapes…you name it. If he thinks about you enough to give you a gift for no reason at all, then he really likes you. Now, if he gives you a gift for a special occasion it could be just a friendly thing, but if he surprises you with your favorite book or says he found a rare teacup to add to your collection for no reason at all, then he is most definitely interested in you.

#5 He Cleans His Apartment/Room for You

Okay, here’s the tricky one, ladies. If a man has a woman coming over, generally speaking, he’ll at least try to tidy up the place a little, you know, to get rid of the smell. Sometimes, if you’ve been his buddy for a while, he won’t even bother trying to clean up because he assumes you’re just used to the three-day-old pizza boxes and beer cans on the couch.

If on the other hand, your guy immaculately cleans his apartment on the day you’re coming over, then he is definitely interested in you. If he has roommates he’ll at least clean his room for your arrival (and apologize for the rest of the mess).

#6 He Shows You His Collection

Star Wars figurines? Old comic books? Vintage motorcycle parts or baseball cards? Whatever it is he collects (no matter how trivial or ridiculous), if he’s interested in you, he will pull out that collection of what’s its and show them off (to which you will obligingly “ooh” and “ahh” over).

A very sure sign that a man is interested in you is how he introduces other women. If a guy is with a woman and introduces her to you as his “friend” or his “pal” (and if he makes sure to point out their platonic relationship more than once) then he is most definitely interested in you.

#8 He’s Always Clean For You 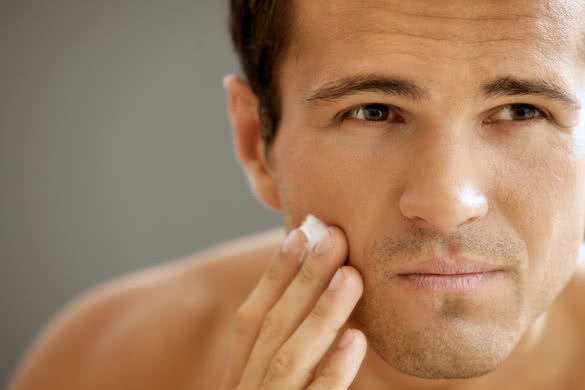 There are some guys who are naturally more inclined to take a shower at least once a day (sometimes more often than that). However, if your guy is always well kept and clean (including his clothes) when you’re around (but looks like a bum whenever you just pop by in a spur of the moment and chill with him and his guys), then he’s definitely interested in you.

#9 You Always Get Your Way

The number one sign a guy is interested in you is how he treats you. If he lets you have your way with everything then he is definitely interested. Let me give you an example. I knew a guy who would let me choose the movie we watched, the places we hung out, the music we listened to, the restaurant we ate at and everything else in between. A few months into our friendship, he told me he was interested in me (something I already knew).

On the other hand, I dated a guy who always had to have his way, and eventually he broke up with me because his way also meant his “freedom.”

Guys can sometimes be hard to read. We’re not always sure if he’s interested in us or he’s put us in the “friend zone.” You should know how to tell if a guy likes you, and these 9 signs are certain ways to see if he's thinking of you as more than just one of his pals.

Is your guy showing any of these signs?