David Paulson
1 Comment
There are certain signs to look for if you want to figure out his true intentions, Read this to know how to spot the signs he just wants to sleep with you.

If you’re a realist, then I know what you’re thinking. 9/10 guys just want sex and that’s a fact of life.

That’s not exactly true, although it depends on how you look at it. Men want sex; there’s no question about that.

They want it very often and that will never change.

But in order to be able to see signs he just wants to sleep with you, you first need to understand something about men that you may not have taken into consideration.

The guys who you might have villainized in your head and thought they’re so bad for seeking out sex all the time are not bad people.

Actually, they’re just normal. It’s only natural for a guy to want sex, but it’s not natural for him to want to enter a committed relationship with someone just to get it.

So, he doesn’t plan on anything more than just the sex, but that doesn’t mean he’s against letting something else blossom if he feels a real connection.

Any guy who might be a player is human after all, and anyone can appreciate the excitement of meeting someone special.

This player attitude he has is mostly just a façade. If he’s your average Joe then, of course, his first advances are going to be strictly sexual.

Age has a lot to do with it, but if he’s in his 20s, he almost certainly isn’t planning on falling in love with anyone or starting a relationship. With guys, most of the time relationships just happen.

When they meet someone and don’t want them to go home or you don’t want to go home, that’s when they realize they might really have something.

Guys don’t really look for girlfriends per se. They plan on having a good time and let the chips fall where they may.

If he just wants to sleep with you, that doesn’t mean he isn’t open to seeing where it goes from there.

Some guys only follow that pattern and won’t make a girl their girlfriend until they have been intimate with them.

Some guys get sucked into a relationship against their will because the emotions resulting from sex draw them in.

These guys are not who I’m referring to necessarily, although someone like that may very well end up being a good boyfriend.

4 obvious signs he just wants to sleep with you

If you’ve read what I said above and you still find yourself in need of some clues, here are some accurate signs he just wants to sleep with you.

And remember, don’t freak out if it ends up that he obviously wants sex. It takes the time to get to know each other.

If you really like him, be patient in the beginning whether you decide to have sex with him or not.

You shouldn’t immediately discard him just because he’s going for it. But you can use the signs to tell where you currently stand.

He always mentions watching a movie when trying to make plans 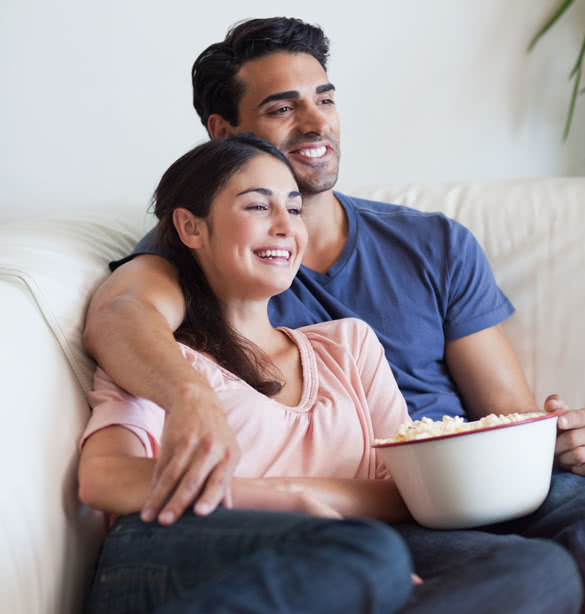 Going to see a movie and watching a movie are way different in terms of what the ultimate goal is.

If he offers to take you to a movie theater, he’s probably a really nice guy that is willing to wait until you feel comfortable to have sex.

If he only wants sex, he will definitely prefer to watch something at his place and won’t want to go to the cinema.

If he mentions watching a movie at his apartment or house at all, he wants sex. In case you’ve never heard of “Netflix and chill,” it’s like code for sex.

So if he keeps suggesting a movie every time you try to plan something, you know exactly what he wants.

That doesn’t mean that the only thing he is interested in is the sex, but at least you can tell that he is frequently thinking about how to have sex with you rather than only getting to know each other first.

Good luck finding a young guy who wants to wait to get to know each other better before having sex.

He tries to get you to drink with him

Everybody knows that alcohol is a potent aphrodisiac. It’s no secret, so if he blatantly wants you to drink, there’s a really good chance he’s hoping you’ll get in a frisky mood.

If he invites you for drinks at his house and you’re wondering if he will be expecting sex, that’s a resounding YES.

If he’s having a house party, there’s a chance he just wants people to come hang out, but if he texted you specifically and asked you to come within a conversation then you can assume he’s probably hoping to have sex with you.

He only wants to hang out with just you two 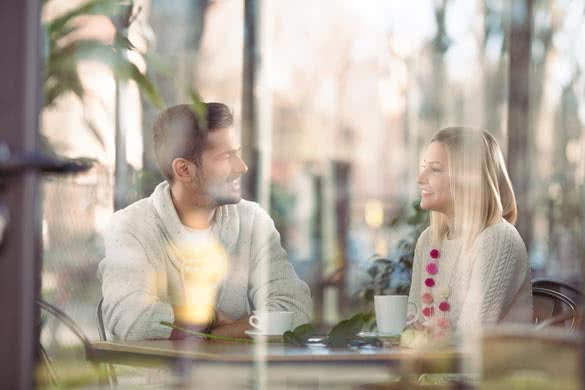 He will definitely not want a third wheel to be there. If you bring a friend on the first date, he might be okay with it, but he would still rather it be just you two because then there’s a higher chance of sex.

If he is very insistent on it being only you two, that’s a fair sign that he doesn’t want to spend the whole night just talking.

He also might not care for meeting any of your friends, which means he might view you as someone who is temporary in his life.

It’s understandable for him to prefer hanging out with just you, but if he cancels when you mention bringing a friend, it means he either isn’t willing to risk going out with you and not hooking up that night or doesn’t like the fact that you didn’t tell him about your friend.

He won’t want to pay for everything for two people and he will definitely feel obligated to.

If he mentions sex to you often, then he’s telling you something. He’s got one thing on his mind every time he talks to you.

Now, some guys just make a lot of jokes anyway, and maybe he thinks sex jokes are funny or something, but if he constantly comes up with sex jokes, then he’s got it on his mind a lot.

It’s as simple as that. And if he’s directing it toward you, he wants sex. As I mentioned before, you shouldn’t shun him just yet based on that, but at least you know what kind of guy he is based on his sense of humor.

If he’s got a dirty mind, having casual sex is probably normal for him.

If you’re not into casual sex you should let him know in a semi-direct way. He probably won’t believe you if you straight up tell him, “I’m not going to have sex with you.”

In fact, he’ll assume you are considering having sex with him if you say that, and that if he plays his cards right you will. “I’m conservative when it comes to relationships,” is a better way of saying it.

But don’t be surprised if you totally scare him off by letting him know he isn’t getting laid soon.

Men are relatively simple creatures, so don’t be surprised if you start seeing a pattern with these signs.

Let him get a chance to know you. He might find something about you that makes him realize he likes you for more than just your looks.

What Sex Positions Men Love (And What They HATE)
How To Orgasm Every Time: Secret Techniques To Try
Comment