Trina
Add Comment
Have you and your guy been sleeping together but you’re not sure... does he just want sex or maybe something more? Stop guessing. Look for these 8 signs.

We’ve all been there before. You find a guy you agree to be “friends with benefits” with or have as your booty call, and then after a while you get confused. He acts like he likes you, sometimes, right? He seems to be doting on you affectionately, but you’re not sure if it’s real or just his libido acting. You can’t stop wondering – does he just want sex, or is there a chance for something more than just a fling?

Believe me, ladies, I know what you’re going through. I actually went through this with my last two lovers: One a chose to have as my booty call (and he gave mixed signals later) and the other I actually asked to date properly (and he decided he’d rather just be friends with benefits after). Sex confuses things, it really does. But before you fall in love, or before you write him off as a plaything, ask yourself these questions and decide if it’s sex or something much more.

#1 Does He Only Call You When He Hasn’t Gotten Laid in a While?

If you have the kind of man who only contacts you when he hasn’t had sex in a while, then it’s just sex. Don’t try to talk yourself into believing it’s anything more than that. Honestly, if a guy genuinely cares for you he will call you or text you every chance he gets just because he can’t get you out of his head.

#2 How Does He Act AFTER You Have Sex? 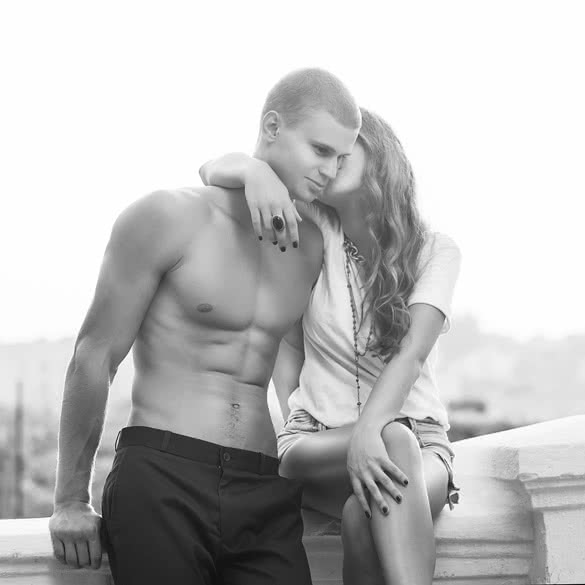 Another question to ask yourself when you’re trying to figure out if it’s sex or something more is how does he act AFTER sex? If he rushes up, puts his pants on, and is out the door before his shoes are tied, then it’s just sex. No doubt about it.

Still, don’t be fooled by the “stay the night and cuddle” guy, either. He could just be a cuddler, so you need to delve into the questions a little deeper with this man.

Before you keep worrying about whether or not he’s into you, ask yourself if you’re truly into him. Honestly. As much as I like my booty call (and honestly I care a great deal about him), I know that he’s not “the one.” How do I know? Because outside the bedroom he does not have the kind of personality I want to date. Make sure you’re not confusing sex with something more in your own head, too. Really analyze this guy and determine if you would like him long term if you were not sleeping together.

#4 How Much Do You Really Know About Each Other?

My booty call and I have been sleeping together off and on for over a year now and I just found out his brother’s name. Seriously. I don’t even think he knows the names of my brothers, which is why I’m telling you that this is just sex. People who want a relationship actually take the time to get to know each other.

On the other hand, some guys will tell you everything about themselves in order to get in your pants. This kind of guy is a player (something I’ve recently had the horrifying experience of dealing with). Beware of this guy, he wants nothing more than access to your pants, and afterwards he will keep in contact simply to keep his own ego high.

One of the best ways to determine if it’s more than sex (especially with a player) is to have the talk with him. You have to do it. You have to ask him if he wants to be in a monogamous relationship or if he just wants friends with benefits. If he stutters and avoids the issue, it’s just sex.

Let me put it this way. If your guy says he wants to be friends with benefits, and then you say, “Okay, so I’m free to date other people?” very sweetly and nonchalantly, you’ll know how he really feels. Beware: Some guys want their freedom, but don’t want to share you with anyone else. Seriously, you really have to discuss these things.

#6 Can You be Together Without Having Sex? 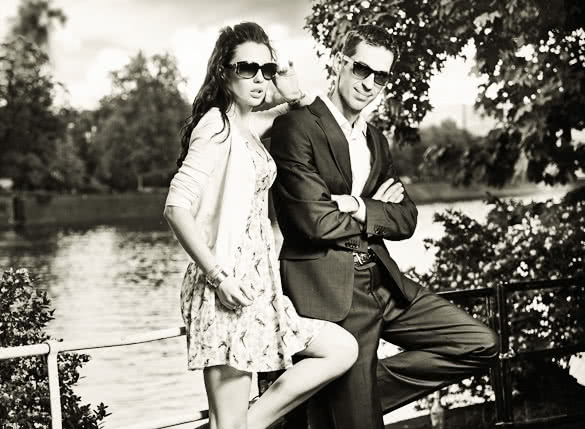 If you and your plaything can go out and have fun without expecting sex afterwards, then it’s more than sex. Now, I’m not saying he’s falling in love with you (he could just think of you as a friend), but it is definitely more than sex. You have to have the talk (see above) to decide exactly how much more than sex it really is.

#7 If There’s an Emergency, Can You Call Him?

Any man who cares about you will be there for you in the event of an emergency. He will drive to help you change a flat tire in the middle of the night, he will be at your doorstop in the pouring rain if your father is ill, and he will always, let me say that again, he will ALWAYS be there for you and not expect sex in return.

#8 Has He Met Anyone in Your Family or You His?

Finally, if you want to know if it’s sex or something more, ask yourself this question. My booty call has not met anyone in my family outside of my son (whom he met twice in a year). He never will, either. I’ve never met anyone in his family and I never will. That’s not our relationship.

My friends with benefits (AKA the player) not only met my son and got along with him, but I also met quite a few of his siblings and got along with them as well. Players are hard to figure out, but you know when a guy truly cares about you because he can’t get enough of you (even on your worst day, he wants to be there).

So, if it is just sex, then that’s okay…enjoy it as being just sex. But if you’re wondering if it’s something more, then ask yourself these questions.