Myranda Siegert
Add Comment
Not all sex is created equal, especially when the woman is not always getting what she wants or needs. Here are some things that women need to start doing.

Women like sex just as much as men do – that’s something we need to start understanding. We are not doing it for the man’s enjoyment, so we need to do things in order to make sure we’re getting the best out of it as we can!

There are certain things women do during sex because they either don’t enjoy it or they just don’t know how to, which isn’t fair to us. Here are some sex habits we need to start making when it comes to sex.

1. Make him work to give you an orgasm

Stop faking it! If you aren’t enjoying it, then you need to tell him what he can do to make you have a better time. This isn’t just for him, it’s for you, too! So you need to make sure it’s about you as well.

We have all faked an orgasm, but it’s something we need to stop. If he isn’t doing it for you, then you need to let him know. Don’t let him get cocky thinking he’s great in bed because you made him think that he knows how to make a girl have an orgasm.

Guys don’t like it when we fake having an orgasm anyway. There is not good that comes out of faking an orgasm. You leave unsatisfied and he thinks he satisfied you.

Of course, he doesn’t mean to go without you having an orgasm if he’s a good guy that is. He will go on doing the same thing he thought got you off, and that’s only going to make you not have an interest in having sex with him.

Let him know that you did not have an orgasm, and let him know what he can do to make you have one. You both need to feel good during sex, or even after if that’s how you’ll get off.

There is absolutely nothing wrong with that. It doesn’t make you dirty or gross. You want to get the most out of sex, or even just have a good orgasm. There is no shame in a good orgasm.

It may not be the most realistic thing you’ve ever seen in your life, but it can be educational as to finding techniques you can use to get yourself off. If none of that works, then you could also go to a sex shop and see if toys will do the trick.

It doesn’t matter how you do it as long as you’re enjoying yourself. While you learn what you like, you can also help your man figure out what you like as well. Let it be something you do together. 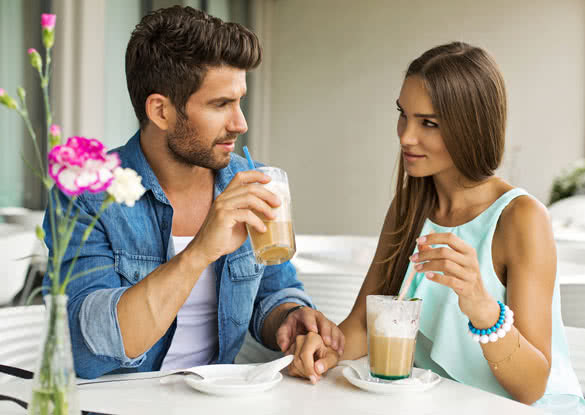 Okay, yes, this may be awkward. I don’t care, it’s something that you need to do to ensure your own health. You don’t have time to be worrying about whether or not you’re safe after you’ve hooked up with someone.

If he is trying to have sex with you, then you have every right to ask if he’s clean. You never know exactly where the person has been or what the other people he’s been with in the past have done either. Body counts add up when you take into account how many partner’s your man’s ex-hookups have been with, too.

With that added, you should also get tested as well to make sure that you’re being just as safe before you start to have sex with someone. It’s time to be smarter and safer about sex.

The only thing that kills the mood more than asking if a guy has been tested for an STI is if he says yes and wasn’t going to tell you. Take that into consideration. And always use a condom just in case. You don’t need to worry about STI’s and pregnancy.

4. Stop worrying about what he thinks of you

If a guy is trying to have sex with you, then he finds you attractive. Stop constantly worrying about it. He has no place to judge you because of what you look like or if you’re being a little promiscuous because he’s in the same place you are.

You’re never going to enjoy sex if you spend the entire time worrying about what your body is doing or what it looks like. It’s sex. More likely than not, he’s enjoying it.

It’s a lot easier for a guy to enjoy sex than it is for a girl, especially since it’s really just about the movements. Guys can get off a lot easier than girls can, so don’t even worry about it. If he wasn’t enjoying it, then he wouldn’t do it. It’s as simple as that.

If you’re worried about whether or not he’s judging you because of what you’re willing to do with him then you just shouldn’t have sex with him. You don’t need to waste your time hooking up with guys who judge you and obviously aren’t that nice to you in the first place.

5. Don’t ever do anything you’re not comfortable with 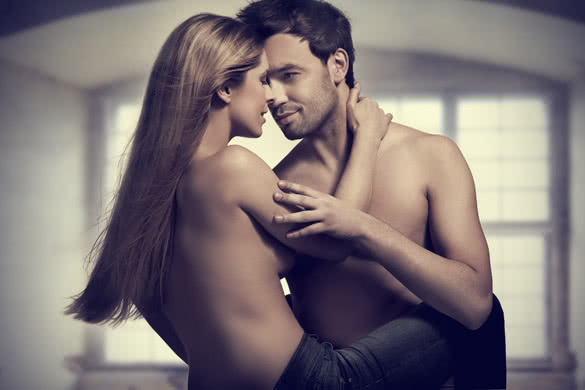 You do not have to do anything you don’t want to do. Do not let him pressure you into doing something that you aren’t excited about. It is not okay or fair. You deserve to enjoy the sex just as much as he does.

You don’t have to do anything he tells you to do unless he’s telling you to stop. If either of you decides at any time that you should stop, then that’s what needs to happen, no questions asked. Consent is the most important thing.

Sex can be confusing at times when you’re not completely sure about what you want. There’s nothing wrong with it, but there comes a time where you’re going to have to grow out of that and start learning what you want out of your relationship or hook up. Stop getting lost in your bad habits, and start having a happier, healthier sex life.

If you liked this article, then please like and share it! If you have anything you’d like to add, then leave your thoughts in the comments section below.

12 Most Common Female Fantasies Revealed
Man Reveals: How To Make Sex More Enjoyable For Him
Comment