Mina
15 Comments
Is he really into you, or does it just seems like it? If you feel like he's all about sending you mixed signals, it can get frustrating trying to figure out where you stand. Some things do give him away though and here are the subtle but definite signs he's interested in you.

Sometimes sparks are so obvious between you two that you’re sure he’s going to ask you out, or that he is going to just kiss you right then and there. Other times you’re sure he looks at you as a friend, but then he goes and compliments your hair. Then he casually mentions that girl that’s been texting him. Confused? Yeah, guys can be SO tough to figure out.

He can be a player, clueless, crushing, shy, and you can never be a 100% sure which is it, if he doesn’t just come out and say it openly. Until that happens, unless you’re up for just asking him out yourself, you can try and scan his behavior for some of the following signs that will show you if he’s interested in you or not.

Did you know that 90% of what we want to tell to others, we reveal through body language? So, basically, 90% of all communication is body language, and there’s this thing about body language – it’s not easy to control and manipulate like words.

It’s much easier for him not to say how he feels, and that’s where body language analysis comes into play – all those things he doesn’t want to say or share, for whatever reason, become quite obvious if you just pay attention to his body language.

Is he standing just a tad too close to you? Does he sometimes look at your lips when you’re talking to him? Does he unexpectedly hug you, or maybe touch your arm when he’s laughing? Those are all signs that he’s interested in you.

If you think that courtship through teasing is something only kindergarteners do, you’re way off. Lots of guys show their affection this way, and it’s one of the almost definite signs that he’s into you.

This kind of boyish behavior may not seem at all suitable coming from grown men, but guys can be dazed and confused too – and teasing is the perfect way to express their interest without feeling like they’re putting themselves out there too much.

If he has special names he tends to call you, if he’s acting kind of playful, teasing you, and just being a goofball, it’s probably because he likes you.

Maybe ‘compliments’ isn’t the right word here, but just comments. Sometimes even those fall under the category of teasing. If he comments on the things you say, wear or do, it’s pretty obvious that he’s noticing all this stuff about you.

So be aware of what he’s saying! Does he notice when you do something different with your hair? When you dress up? Or get a new outfit? Guys don’t really pay much attention to that stuff, but if he’s commenting on it, or even better, giving you compliments it means that he’s been paying attention, and that he likes you. 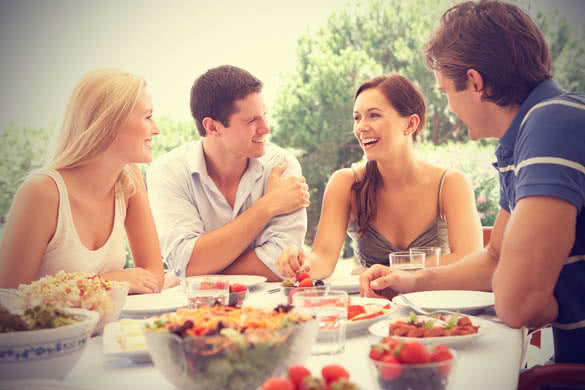 Take notice of how his friends act around you, or when he’s talking to you. They might know something you don’t and might even try and give him a hard time and tease him about it like guys usually do.

So try and catch some comments, exchanging eyes, smirks, or nudging that may be going on when you’re around. That’s exactly why this is one of the best ways to figure out whether he’s into you – guys are anything but compassionate about their buddy having a crush, and they will torture him when you’re around.

Pay attention to how he’s acting around other girls. It can tell you a lot about where you stand with him. If he’s being nicer to you, or maybe even if he’s only being playful with you, or if he’s concentrating on you alone when there are other girls around you – take a hint – it’s obvious that he’s singling you out. Generally – if his behavior with you is different, there must be a reason, and that reason may very well be that you’re that special one.

The guy who likes you is always going to be a little extra careful, respectful, helpful, when it comes to you. Even if he doesn’t want to show it, it’s almost like an involuntary reflex to him – he wants to put a smile on your face. After all we all want the one we like to think the best of us. Anyway, this is one of those hints for sure. 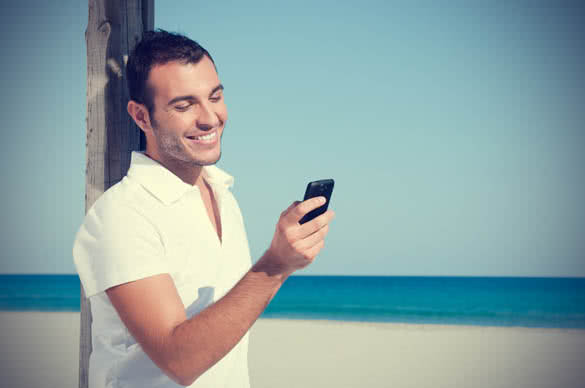 Even though we might not like it – that’s just the age we live in – non-verbal communication through texting and Facebook chat has taken over. And lots of guys, and girls, feel more comfortable when they are in front of a screen then when in front of an actual person.

I guess there’s just something comforting about the fact that you have time to think through what you’re going to reply and you don’t have to worry about what your body language is saying, and we’ve already established that’s crucial.

So, if he likes to strike up a conversation online, even more often than he does in real life, it can definitely mean he’s interested in you and is just one of those guys who think messaging a girl is way less intimidating than actually coming up to her in person.

The guy who likes you is most definitely going to pay close attention to whatever you’re saying. We all know that us girls tend to ramble a bit, and most guys kind of shut us off as white noise, and tend to tune in and out of the conversation, just so they can get the gist without all the unnecessary details.

But, on the other hand, if he’s interested in you, he’s going to be interested in what you’re saying, even if you’re talking about the most random things. Also, if he remembers all those random facts about you that you might have shared at some point, he is SO interested, believe me.

Again, he won’t be able to control himself in any situation where he might feel like you need protection, even if he doesn’t want to show his interest. Men have a natural instinct to protect their women. I know, I know, we aren’t cave men, and the fact is that you don’t really even know if he thinks of you in that way (that’s why you’re reading this article) but that’s still how it is.

If he likes you, he’s going to act extra protective of you, no matter what. So if the next time you get in some sort of a sticky situation and you see that he’s looking out for you, you know what that probably means! 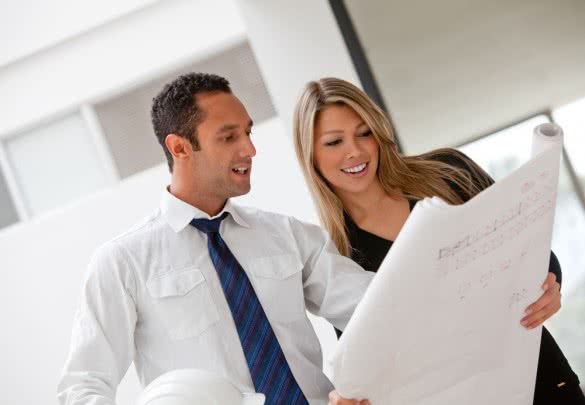 Obviously the guy who is interested in you is going to want to be around as much as he can. Even if he really doesn’t want you to know that he likes you, and he manages to hide his feelings and mask all of the signs I listed above, he will not be able to resist popping up wherever you are.

Of course he may not make it obvious he’s there especially for you, but he will be nearby quite often. You may even be able to catch him glancing at you when he thinks you’re not looking, and really, it can’t be any clearer than that – he’s interested.

So, try and catch him doing any of these things if you need a little confirmation of his feelings, but do keep in mind that if he’s not openly showing anything you really can’t be a 100% sure.

Also, if he’s still just hinting his interest, it probably means he’s not ready to take it to another level, so don’t push it, even if you recognized all of the “signs he's interested”. Just subtly let him know you’re interested too (if you are), by returning the look, smiling etc. and let things flow, you’re on the right track.