Scarlett Robinson
Add Comment
Men can be very mysterious about liking a woman, to the point of you questioning if he is flirting with you or not! Here’s how to tell…

Why do men flirt in weird ways?

Not all men are bad at flirting of course; everybody has their own approach and personality. To some, flirting comes naturally; whereas to others it feels awkward and unnatural. Often men don’t take the time to think about how their behaviour is coming across to women, and they don’t take into consideration the fact that a woman’s experience of emotions and the ways in which she reacts to her own feelings differs greatly from the way a man may approach or deal with his feelings.

These differences boil down to a combination of natural instincts, upbringing, culture, gender and other external or psychological details, which may have an affect on the overall behaviour and understanding of a human being. You can’t always put it down to him being a ‘man’.

Some people also simply have less experience in the love and dating game than others, and so their social and ‘flirtation’ skills are a little undeveloped. So for example, if you find you have a guy who appears to be treating you badly, it may just be his immature, defensive way of getting your attention because actually, he quite likes you!

I have compiled a helpful list of the possible types of behaviour that occur when a man attempts to flirt with a woman, so that you can hopefully decipher whether or not your guy is flirting with you.

#1 Do you catch him looking at you a lot? 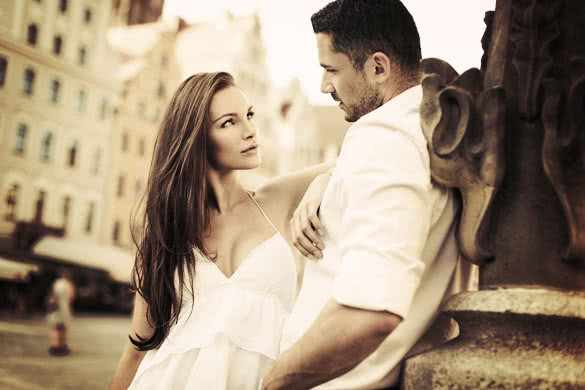 This is a sure sign that he is interested. Why else would he be paying you any attention at all? His attention would be on other things and other women if he were not into you, right?

#2 Does he look away when you look at him?

It’s because he has been caught! When a guy instantly looks away after you catch his eye, he has probably been staring at you for quite a while and feels embarrassed that you have noticed. Yes, you can secretly smile to yourself now whenever this happens, instead of wondering if there is something wrong with you! 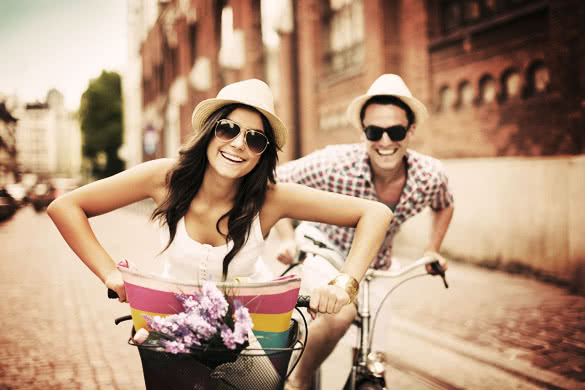 When a guy continually teases you, he is actually flirting. It is flirtatious banter. If you want to know whether it is because he likes you rather than the fact that he is just a natural flirt, check out how he interacts with other women. Does he treat you all the same? Or is his teasing reserved especially for you?

You might initially think that a guy who brags to you about all the dates he is going on has no romantic interest in you whatsoever, but pay closer attention, because if he is taking care only to tell you about all the flaws, hiccups and negative details, he is probably trying to tell you that none of these girls he keeps dating are right for him. He wants you to know that really he thinks you could be right for him!

Interacting on a physical level during social conversation is a relatively advanced social skill and not everyone feels comfortable with it. Depending on where you are from in the world, touching someone on the arm to express something can even feel like an invasion of personal space! If the guy goes out of his way to touch you during conversation, he may be trying to get closer to you and break down any barriers. Take note of how he is with other people in social situations to see whether this is just part of his personality, or whether he is trying to form a connection with you in particular.

#6 He offers to help solve all of your problems 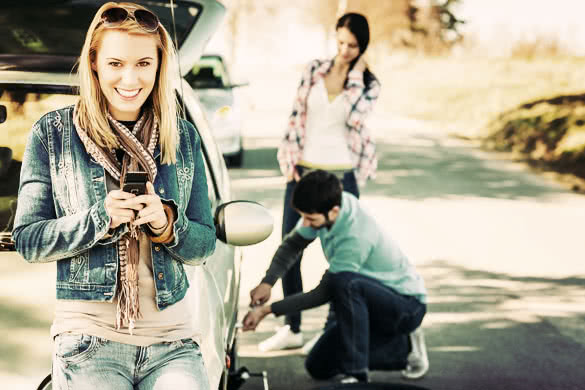 When a guy likes a girl he wants to show them that he is useful and that you can depend on him. He may do this by trying to solve your problems and step in when you need a hand with anything. Don’t be offended if a guy offers to carry your bags, re-wire your plugs or resolve a technical issue you are having with some software. It is just his way of using what he’s got to ‘provide’ for you.

#7 Does he ignore you entirely when he is around his mates?

If a guy who is normally friendly with you on a one-to-one basis suddenly changes his behaviour when his friends are around, he is probably just being macho, because he likes you. He doesn’t want to be perceived as weak, and he may not have summed up the courage or strategy to ask you out yet. Guys do not tend to be as confiding about their feelings to their friends as girls can be, so his friends may not even be aware of how much he likes you! Don’t be offended or confused, just give him his space and let him come round in his own time. He may just not want his mates to know how he feels because he is not ready for the inevitable competition. Men jump at the change of a bit of competitive banter, and if his feelings for you are strong, he may not be confident enough to compete for you just yet.

Still not sure if he's flirting? You should definitely also check out our article on 37 ways to tell if he likes you:

How do YOU behave when you find a guy attractive?

Sometimes it is interesting to compare the way you and other women might behave when you fancy a guy. Every woman is different, and maybe you could learn something about yourself. Could you be more approachable, for example? Do you give off mixed messages? How strong do you come onto a guy you like?

Tagsflirting how to seduce a guy

What 10 Things NOT to Wear on Your First Date
How To Flirt With Text Messages: 6 Sassy Secrets!
Comment