Mina
5 Comments
You are single, fabulous, and there's one special guy that’s always on your mind? Take over control and get busy! Even if you don't think he's into you don’t be so sure! Maybe he's looking for a sign you're interested. And maybe he just hasn't realized just how awesome you are! Well, with these little tricks he'll get it, and get it soon!

You know what I’m talking about. All that smiling, flirting and playing hard to get – these are all our smart little ways to show them just how much we want to be conquered. Try and add these simple things to your game and you’ll get him to fall for you in a second!

What ever you do, do it with a smile! It really is the most important ‘accessory’ you can wear! And it will help you more than anything else you put on yourself to make him notice you. Just smile, try to look approachable and warm and he will notice. Everyone loves a happy-go-lucky person. And a smile makes any face look more attractive! So, whatever you do, don’t forget your smile!

If you look to the floor when he comes around he’ll see you as this nervous, confused and shy little girl. You don’t want that! If you are flirting and trying to pull him in – he must be able to see your interest. That’s kind of the point.

So, look right in his eyes when you’re talking. If you look everywhere else but straight at him you risk him thinking he’s boring you or something. Just be confident and lock eyes with him when you get the chance. One seductive look can make the world of difference in the way he thinks about you, and that’s a fact! 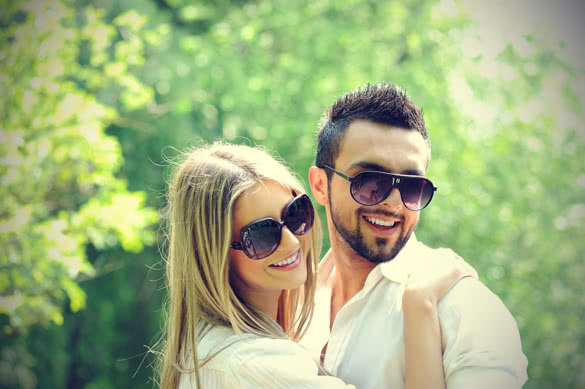 Your touch will make him more interested and open for conversation. Gently touching his arm or shoulder while you are talking is going to lead you two to a whole other level in a matter of moments. He will feel more relaxed and comfortable. Also this will communicate your interest in a subtle way, so he should be able to pick it up without feeling like you’re making an actual advance on him!

Don’t think too much and make plans about how to seduce him all the time! It’s not science and you can’t make it out to be one, no matter how much you want to! You need to consider one thing – having it all planned out can make you seem fake.
Also, you can never be sure you’re going about it the right way. So what if one of your little plans flunks? And that distracts your whole game? I mean, where’s the spontaneity nowadays?

You can’t predict his behavior so don’t always go by the rules. You may be disappointed if he doesn’t respond the way you expected. Just don’t be nervous, let things go naturally and you’ll do fine! 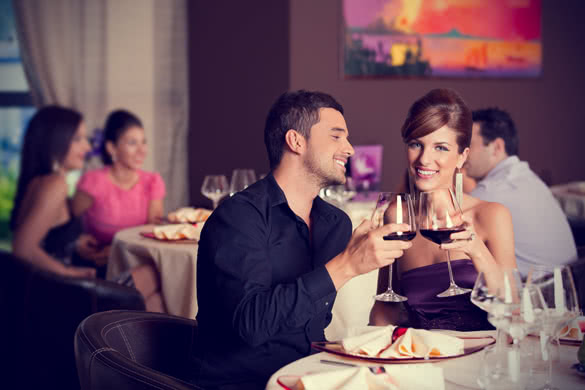 You must feel good about yourself if you want others to like you, right? So, make sure you look awesome and make sure he notices! Wear your favorite outfit and walk with pride. Also don’t be afraid to show some skin. In moderation of course! A naked shoulder or a flirty mini has been known to drive men completely insane! Keep it classy of course. You kind of want him to get just a little preview of what you’ve got! So, flaunt your best features but do it with grace.

Tell him how nice his shirt is. Ask him if he’s been working out. Guys like compliments just as much as girls do but they don’t get them as often. So, treat him to a compliment and he’ll really appreciate it! Guys have confidence issues too and you boosting his ego might even make him fall for you! If he compliments you back, you’re golden! 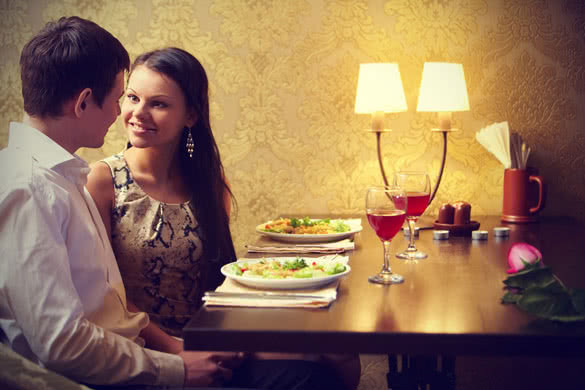 It’s sometimes even more important than what you actually say! Be playful, show you’re open for conversation and don’t give off signs of nervousness. Be flirty with your body just as much as you’re being with your words and he will not be able to resist you, trust me.

8. Let Him Know You Want Him

Make him realize you want him and not just any guy! Show him that he deserves your attention and he will feel like a king! Lots of guys are intimidated when it comes to putting themselves out there. But, if you make him feel like he’s not going to be shut down he might not be as scared to make an actual move on you!

Of course, be subtle. You don’t want him to think you’re desperate. Little signals are more than enough to make him realize that he’s special to you.

If you think you’ve got a chance with this guy don’t waste your time! Get to action! Even if you aren’t sure where he stands, these are the steps to take to make it all change!

My Husband Ignores Me – How To Deal With Being Neglected 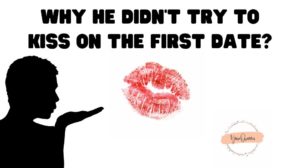 Why He Didn’t Try To Kiss On The First Date? 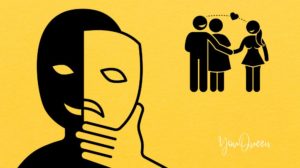 How To Regain Confidence After Being Cheated On 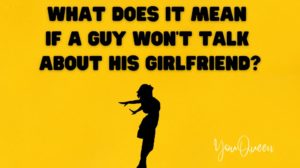 What Does It Mean if a Guy Won’t Talk About His Girlfriend?