Have you ever been to a strip club? I have, for about three minutes. I was expecting some big breasted sexy blonde, with legs that go on for miles, to be licking her ruby red lips erotically while she moves seductively against a pole….

I was sorely disappointed.

This is why I’m urging you to do a striptease for your man.

Let me explain what I saw. When I went to the club, there was a young woman in her early twenties on stage. She was pretty, I wouldn’t say gorgeous or sexy, and she looked bored out of her mind. There was a pole in front of her, but she mostly stood there kind of swaying back and forth like she could think of a million other places she’d rather be. 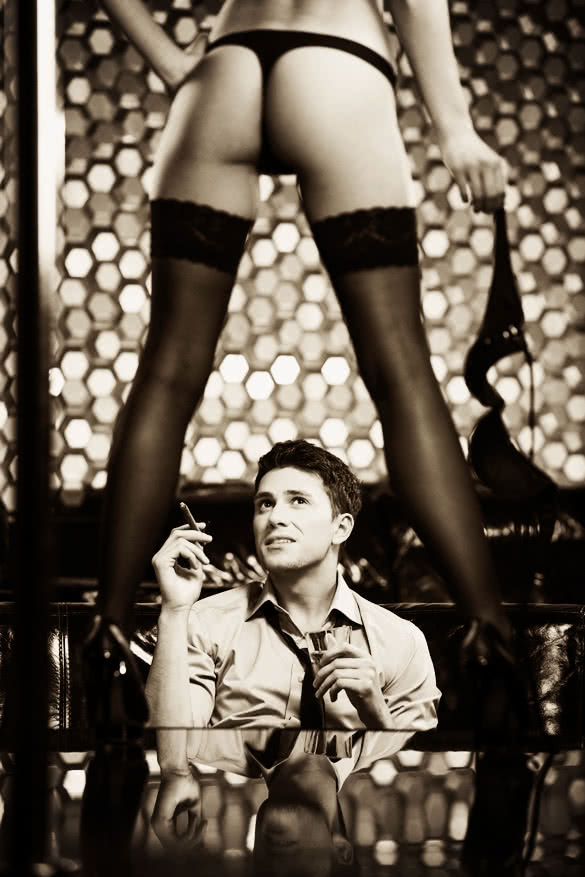 It was pretty sad to watch.

I wasn’t exactly sure what made strippers so sexy, until it occurred to me: it’s not always the act of watching strippers that’s hot, but it’s the idea of not being able to touch them! In other words, men want the forbidden fruit.

You can easily, and quite simply, become the forbidden fruit your man wants to touch. You don’t have to know how to pole dance, you don’t even need a pole, and you certainly don’t have to have any talent (most strippers don’t, it’s not like they show on TV). Here’s really all you need to do to learn how to strip for your man.

Striptease is a form of exercise, and with any form of exercise, you need to stretch before you begin. Bend down and touch your toes (as best you can), raise your arms high in the air, and do a few warm-up stretches to loosen your muscles. You don’t need to do a full thirty minute workout, you just need to relax so you don’t give yourself a Charlie Horse.

2. Wear something sexy, but comfortable

There seems to be this misconception that strippers have to have perfect bodies and wear little bikinis. This just isn’t true. Wear something that makes you feel sexy. If it’s a thong and tank top, do it. If it’s a silk little nightie, do it. You have to feel sexy in order to be sexy.

You’re not going to be able to strip to rap music, no matter how much you might want to. What you really need is to get yourself some hot 80’s rock (think of hair bands) or some pop music with fantastic rhythm and beat. Choosing the right music is the most important aspect of stripping because that’s what makes you feel like giving your guy a sexy dance.

4. Stand in a doorway 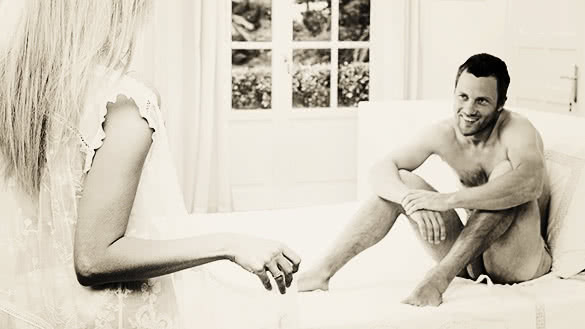 You probably don’t have a pole, do you? Don’t worry, almost nobody has a pole. However, you do need to balance yourself somehow, so I recommend stripping in the doorway. That way you can slowly slide down the edge if you want to, and you have something to catch you if you lose your balance. Everyone loses their balance at some point, it’s perfectly normal.

5. Pretend you’re someone else

If you’re feeling self-conscious and having a difficult time building up the nerve to do a striptease, then just pretend that you’re someone else. I have actually put on a black wig and done my make-up heavy in order to get into the role of someone other than myself. If you can’t be you, be someone else. Costumes really help out with that.

Don’t rush your dance. A striptease is a slow seduction, not a disco. You’re aiming to entice, seduce, and arouse your lover. Move your body slowly, take small steps, and gently slide slowly up and down the doorframe.

The best way to do this is to pretend you’re making love to an imaginary man. Give the “orgasm” look, caress your inner thighs while you slowly lift up your nightie…lick your lips seductively and look your man straight in the eyes with that “come here” look.

If you do nothing else, you HAVE to use your hips! Swaying isn’t really sexy, it’s lazy. You don’t want to go belly dancer hips crazy, but you do want to very slowly move your hips from side to side as you bend your knees and straighten them up again. Hip motion shows your capability to move in bed, and it’s the most enticing way to do a striptease.

8. Remove one item at a time

Don’t take all of your clothes off at once, remove one item at a time…slowly. Also, remove the least important articles of clothing first. Long gloves, then stockings, then top or bra, then panties or thongs, and finally, remove your heels. If you’re dancing in heels they should be the LAST thing to be removed (many men have a shoe fetish, you want to cater to that fetish).

Remember, a striptease is all about wanting what you can’t have. You can eventually give in and give him what he wants, of course, but not until you’ve made him insane with desire. Make him want you, after all, isn’t that what it’s all about?

How to Use His 5 Senses to Turn Him On Like Crazy
12 New Things to Try in Bed: Get Creative with Your Sex Life
Comment