Scarlett Robinson
7 Comments
There’s nothing worse than a guy who isn’t able to satisfy you in bed because he doesn’t seem to know what he’s doing! Find out what to do if your guy sucks in bed.

Okay, so maybe it’s not every girl’s worst nightmare, but it is certainly up there with discovering you have an unfaithful boyfriend, a boyfriend whose mother has him wrapped around her little finger, or a boyfriend who thinks you’re his very own personal house slave! The fact is that most women will be pretty damned disappointed, not to mention frustrated, if they find they are lumbered with a guy who just doesn’t understand what a woman wants and NEEDS in bed!

What is it like to be with a guy who sucks in bed?

If a man is completely unaware of the fact that he is bad in bed you can end up feeling neglected and miserable. You will begin to resent your partner, thinking of him as selfish. You may even lose interest in having sex, which can harm your relationship and the bond between you even more.

A guy who sucks in bed is a guy who has a limited knowledge of how female pleasure works. He may be oblivious, and think he is a sex god just because he manages to get himself off every time, or he may realize that you’re not being satisfied but choose to ignore it or assume that you are the one with the problem because his ego is just too big to take any sort of responsibility for it.

Why are some guys terrible in bed?

Unfortunately it is not always as simple as saying that the guy is selfish or untalented. What if every girl he has ever been with for instance, has faked her orgasms? How is he to know he isn’t doing it right? What if he is used to pleasuring women who climax easily and doesn’t understand what does it for you because you aren’t very good at communicating what feels good to him? You see, it is not always the guy’s fault!

How can you help a guy to pleasure you better?

The obvious solution is to express in one way or another when he does something that you like. A guy will respond to positive feedback – even more so than if you tell him what isn’t working for you. Sometimes telling a guy that the weird thing he does with his tongue for simply ages bores you to death and numbs your clit can do more damage than good. If you give negative feedback then he is less likely to have the confidence to be creative in case he does something wrong. Whereas if you give positive feedback and ignore the stuff that does nothing for you, you will find that he will soon start focusing on the things that make you squirm with pleasure, rather than the things that make you lie on the bed like a corpse!

What if you are too shy to talk about what you would like him to do? 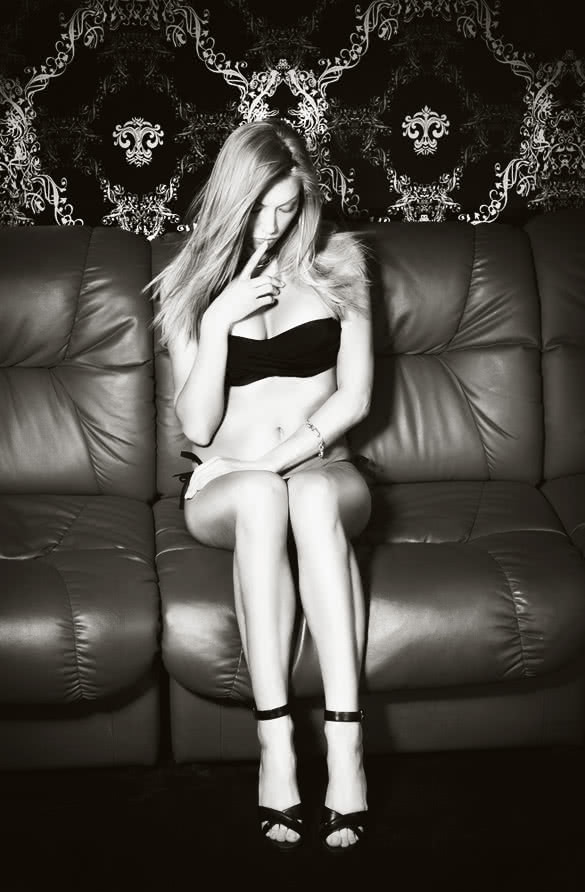 Don’t worry, you are not alone – despite the fact that we are close enough to take all of our clothes off and get physical, sometimes we are not close enough on a mental level to be able to feel safe about talking about things that make us feel vulnerable and exposed. Talking about the things we like about sex can be embarrassing and it’s a lot easier sometimes not to talk at all for fear of ruining the moment!

If you are shy, make use of the sounds you make. You don’t have to go into deep detailed descriptions of what turns you on, but if you murmur – Oh that feels so good – or – Oh God I like that, do it again – you are communicating what you like and turning you both on at the same time! This kind of verbal encouragement will give your guy more confidence to try new things too just to see if he gets more sexy sounds and phrases slipping from your mouth!

Another way of avoiding talk, and even noises if that makes you feel awkward or unnatural is to lead him to mimic you. If you do something to him, like nibble on his ear, and he likes it, he is more likely to try the same thing on you.

How do you get him to behave differently in bed?

Maybe your problem is that your boyfriend is too soft in bed for your tastes because you need a bit more rough and tumble to excite you. Or maybe it is the opposite way around and sometimes when he is too rough it makes you nervous, and your body responds more to gentle, soft barely-there touches. Every woman’s body and mind responds differently to different behaviour and types of touch, what turns you on won’t necessarily turn me on!

You may be also be worried that what you like doesn’t match what he likes and that you are incompatible. One useful thing to remember though, is that any man will be turned on by the fact that he can turn a woman on. So if he can turn you on by doing something different to what he is used to, it isn’t going to turn him off, more likely than not he will want to milk the new discover because your reactions are sexy and turn him on!

If you are discovering that you don’t respond well to his approach in bed, you can either talk to him about your concerns away from the bedroom – never when you are in bed because you will throw him and he won’t be able to perform. Or you can guide him by behaving in the way you want him to behave. If that means you have to clutch a bit more desperately onto him and claw his back a little until he gets the message, or respond more to his more gentle tactics, so be it!

Do you have a partner who doesn’t meet your sexual needs?

Share your experiences here and find out what many other women have in common with you! We all have similar problems at the end of the day, so maybe we can learn from each other’s experiences with men?