Marie Trudeau
3 Comments
So you’ve heard the dreaded words “I think we should take a break.” Does that mean the relationship is destined to end? Don’t lose hope just yet. A “break” isn’t necessarily the kiss of death.

How do you know what your boyfriend means when he says “I think we should take a break?” When a couple is having trouble in their relationship, one of the options they often try is “taking a break.”

But do breaks in relationships actually work? Or is it always a precursor for breaking up? We’re going to explore breaks and what you can do to ensure that your relationship isn’t heading for a breakup.

When taking a break means I want out… 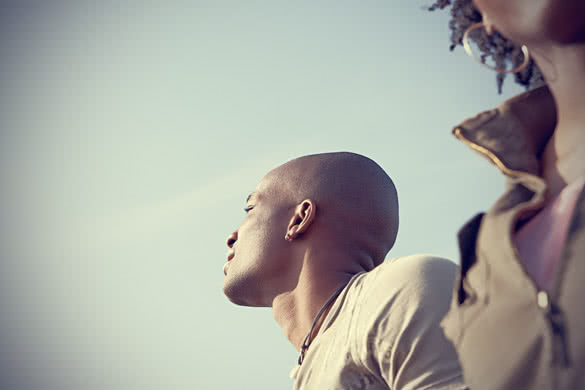 Sometimes when one person says “I want to take a break,” what they actually want to say is “I want out.” How can you tell if your boyfriend wants a break to help the relationship or to end it?

There are a lot of clues to what he is really thinking in the way he approaches the situation. Did you see the break coming? If you have been having problems for a while he may have been considering it for a while too. If it’s coming from out of the blue, then that’s a red flag that he might just want out. Has he proposed terms for the break?

If he has thought about how the break would work and what you can work on during your time apart, that’s a good sign. It shows that he is actually trying to figure out how a break can help your relationship, not hurt it.

One way to find out if he wants a break or a breakup is to simply ask him. I’m a big believer in open and honest communication. So many problems can be avoided or easily solved by just having a little chat. If you’re concerned that he wants a breakup not a break, just ask him.

Another possibility is that your boyfriend subconsciously wants to breakup, which means he’s not even fully aware of it. Sometimes when we are afraid to hurt another person we start to do things that will sabotage the relationship without even realizing it.

This doesn’t necessarily come from a malicious place, he might not even have a clue that what he really wants is to end it. Again, this is why it’s important to talk to him about what he really wants. If it’s a breakup he’s after, subconsciously or not, it’s best that you know now so that you can save yourself the heartbreak of dragging things out.

How can you take a break without ending the relationship?

Taking a break doesn’t have to be the kiss of death to your relationship, but you do need a plan for how it’s all going to work. If your boyfriend wants a break the two of you need to sit down and talk about the details of what that means. Here are a few important things to consider:

My advice for setting the guidelines for the break:

How do you know when it might be time to take a break?

Are you fighting all the time? Have you lost the ability to communicate with each other? Are you desperate to make some kind of change? If you’re answering yes to any of these questions a break might be the thing for your relationship.

Sometimes we get so caught up in the unhealthy patterns of our relationships that we just can’t seem to break out of them no matter what we do. A break can give you the chance to cool down and really consider the good things about your relationship. Do they outweigh the bad? Do you still see a future with this person?

This could be your opportunity to make the relationship stronger than ever, but you need to able really put the work in to fix the things that are going wrong. Taking time away from each other alone isn’t going to fix anything. It’s going to take analyzing what is going wrong and making a plan about how to fix it.

Marie currently resides in Buenos Aires, Argentina. She has extensively studied relationships and sexuality and loves to write about those topics. Her passions are photography, traveling, music, art and helping people.

Seeing an Ex Boyfriend After a Breakup
Couples that Stay Together: The Secret to Long Lasting Relationships
Comment