Alexandra Davis
Add Comment
From time to time, the dating scene can seem tiring to women, but with our smart and simple tips, you’re guaranteed to learn how to get any guy to like you!

There’s plenty of fish in the sea right? It’s true but the age-old saying that has been around for years only works if the fish in the sea want you. What happens when you like a guy and aren’t too sure if he feels the same way?

Whether you want to reel in a new guy or make the guy you’re seeing fall for you, there are ways you can make yourself more appealing to the opposite sex by learning how to get any guy to like you. Luckily, we’re on hand to give you the only tips you need.

If you’ve seen a guy you like, the best way to get his attention is through your eyes. It is one of the most important flirting techniques; a lingering look from across the room will be the surest way to make him interested, desperate to know a bit more.

Hold his gaze for a few seconds and give him a small smile, so he knows it’s more than just a passing look, before looking away and then he won’t be able to stay away.

When you’re talking, make sure you maintain eye contact during the conversation. It shows you’re interested and aren’t afraid to focus your attention on him.

There’s nothing more off-putting than having a conversation with someone as their eyes scan the room behind you, instead of looking deep into your eyes, making a real, genuine connection with the person they’re talking to.

So you’ve caught his attention and now he’s come over and started talking to you? The key to getting any guy to like you is to remain approachable. If you’re out with a group of friends, don’t box yourself into the middle of the group as it can be quite intimidating for a guy to come over and strike up a conversation.

When he’s talking to you, your body language can be a big factor in getting any guy to like you. Standing with your arms crossed is a much more defensive stance compared to someone who’s stance is relaxed, with their arms at their side or using their hands to show emotions when they talk.

Be open and he will naturally reciprocate and match your body language, which creates a better environment for fun and engaging conversation.

When it comes to flirting with your body language, grazing his arm or lightly touching his hand when you talk is another foul proof way to get any guy to like you. It gives him the signal you’re interested, whilst not being too over the top at the same time. 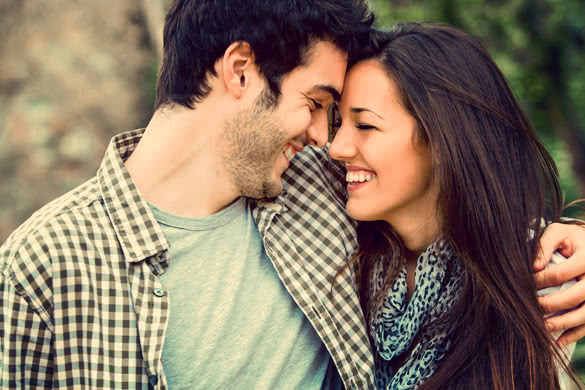 Humour is everything. It’s been scientifically proven that laughter releases endorphins, which makes us feel good about others, as well as ourselves. The hormones released helps to create a bond between two people, making it much more likely for the guy to like you.

Laughter provides a good indicator for determining if two people like each other, so if you are more open to laughing with him, he will become more attracted to you.

Someone who takes themselves too seriously can be a huge turn-off. It makes you seem unapproachable and unlikeable; instead be open to joking around and having fun.

We all like to talk about things we are interested in or passionate about. Get him to open up about his interests, and he will subconsciously link those feelings with you, therefore making you instantly more attractive in his mind.

Similarly, if you start talking about something you love, you’ll light up and appear even more attractive to him. It doesn’t matter what it is you’re talking about, the more random the better, but seeing you talk with genuine happiness about a topic will make any guy like you.

How to get any guy to like you? Be spontaneous 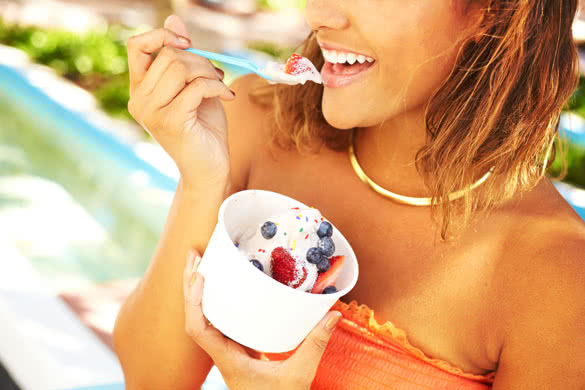 Being spontaneous shows you know how to have a good time. It shows you don’t need to wait for someone else to get the party started; you can do that all by yourself.

Suggest doing something together, something out of the ordinary, something he wouldn’t necessarily expect. It makes your time together less predictable and more exciting, plus it’s just another reason why he will start liking you.

There’s nothing better than striking up a conversation with someone over a shared love of something, whether that’s a hobby, a TV show or a place. It can be anything but bonding over something you both love is another way to make any guy like you.

It shows there’s more to your relationship than just a physical attraction, you connect mentally too, and that’s only ever going to be a good foundation for any kind of relationship.

There’s nothing more attractive than confidence. Confidence is sexy. When it comes to getting a guy to like you, it’s important to show them you are a confident, self-assured woman who knows their own self-worth.

Have an opinion and own it. It’s much more attractive having an opinion on something rather than sitting on the fence, not caring either way. If you know your own worth, it shows you are a force to be reckoned with, which is a quality a guy is much more likely to want, compared with someone who is weak and insecure.

Remember, though, there’s a difference between confidence and arrogance. Arrogance can be a huge turn off so tread the line carefully; show your beliefs but be open-minded to his beliefs, too.

Be confident in your own skin

It doesn’t matter what clothes you wear, how your hair looks or what lipstick you pick. Sure, you might want to look your best when seeing the guy you like but the guy isn’t going to be hung up on what foundation you wore. And if he is, then he really isn’t a guy you should be wasting your time on.

If you spend the whole time with him worrying about how you look or fussing over your new top, then you’re spending less time thinking about who you’re with and how best to engage with them. Guys are much more likely to like you if you relax within yourself. It might sound like an obvious cliché but it’s true.

Play a little hard to get

The age old saying ‘you always want what you can’t have’ is never truer than when it comes to dating. Strike the balance between showing you like him and holding back a little; it will make you even more attractive in his eyes.

It shows you like him but you’re not desperate for his attention, which is another way to get any guy to like you.

If you’re too full on, he might start to wonder why. If you play a little hard to get, it shows there’s more to you than meets the eye, and it’s the not knowing which will make you more alluring to any guy.

Living in the heart of London, Alexandra is currently studying journalism at City University. Self-confessed lipstick addict, puppy lover, horse rider and designer handbag enthusiast, she enjoys writing for a range of fashion and beauty magazines.

How To Make A Guy Want You Over Text
How To Make Him Obsessively Desire You: 10 Top Tips
Comment